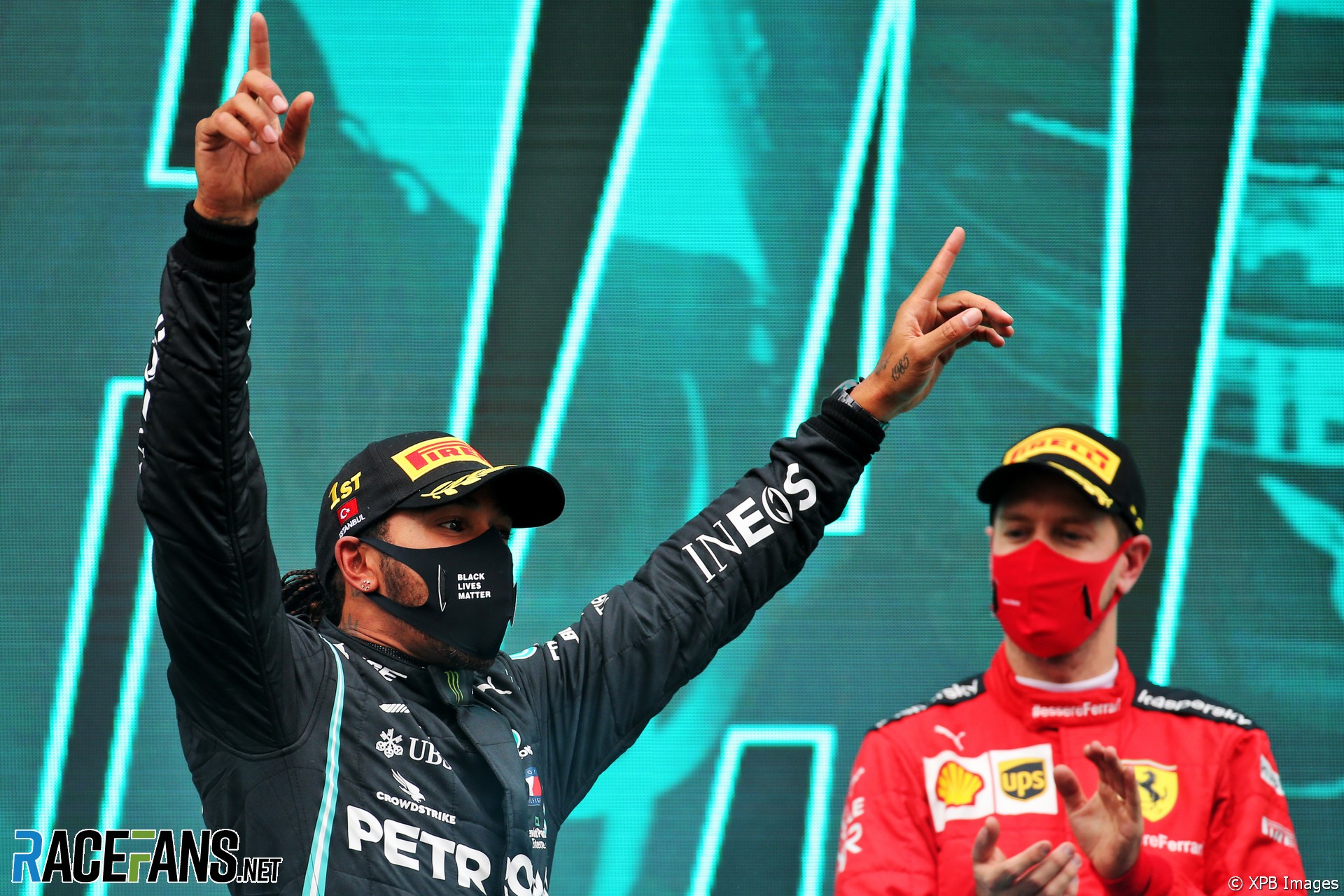 Lewis Hamilton has shed light on why his past discussions with Ferrari never resulted in him joining Formula 1’s most famous team.

A tie-up between the sport’s most popular driver and the historic Ferrari name would have obvious appeal. And, as Ferrari recently noted on social media, Hamilton’s Mercedes contract has not kept him from driving their road cars.

But although Hamilton’s Mercedes deal expires at the end of this year he is expected to remain at the team. Ferrari has already confirmed its drivers for the 2021 F1 season. Hamilton told La Gazzetta dello Sport he was “never really close” to signing with the Scuderia on past occasions for various reasons.

“We talked on occasion but we didn’t go beyond understanding what options were on the table and they weren’t the right ones,” said Hamilton.

He pointed out part of the reason why a deal had never come together was that the ending of his contract hadn’t coincided with a vacancy at Maranello.

“Our positions have never aligned,” he said. “I think timing matters and things happen in the end for a reason.

“In recent seasons my contract always expired in years different from that of all the other riders. In the end it went like this.”

Earlier this year Hamilton called on Ferrari to “hold themselves accountable” over the diversity of the team’s workforce, which drew a response from the team’s chairman John Elkann.

Hamilton said he had warned Mercedes when he joined them from McLaren in 2013 he wanted greater opportunity to express himself than he had at he previous team.

“At McLaren I grew a lot but they had certain expectations about how a driver should behave and they contrasted with the fact that I have always been an outsider, a nonconformist,” he said.

“Before signing with Mercedes I said: ‘Look, I’m different from others. Let me be myself, let me experience [things] because I have to find out who I am. In any case, I help you and make the brand grow in the world of young people in a better way’. And that’s what happened.”