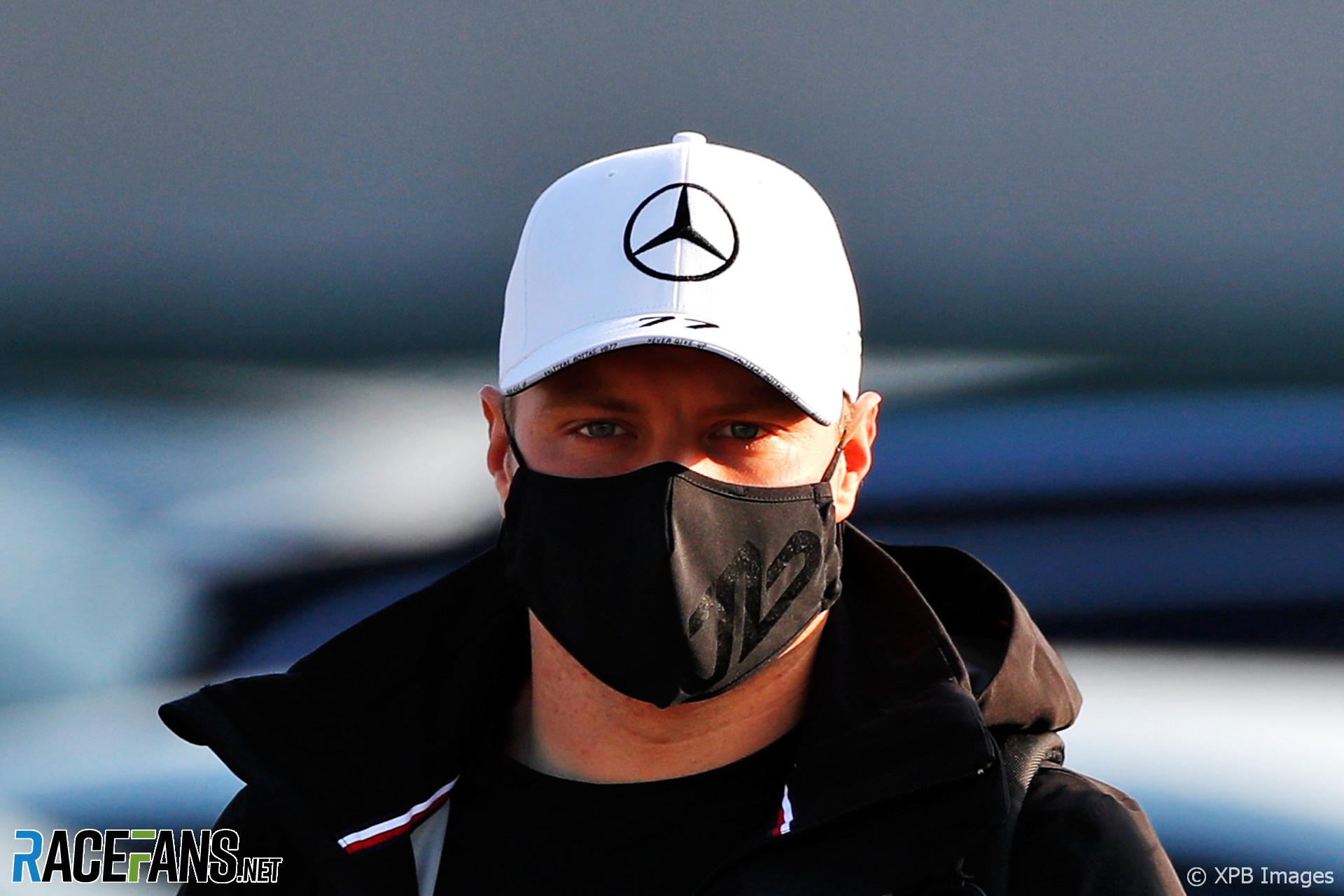 A joke made by Valtteri Bottas about the Covid-19 pandemic prompted a clarification from Mercedes on one of China’s largest social media platforms.

Bottas made the comment following Sunday’s Turkish Grand Prix. He finished the race 14th, a lap down, after sustaining first-lap damage which contributed to six spins over the course of the race. The result ended his chances of beating team mate Lewis Hamilton to the world championship.

Following the race Dutch television broadcaster Ziggo asked Bottas: “If there was one day from 2020 you could skip from your calendar [would it be] today?”

“Today, yes,” Bottas replied, then added jokingly, “or maybe the day when someone bought a bat in Wuhan.”

The Covid-19 pandemic originated in the Chinese city at the beginning of the year. It is believed to have caused over 1.3 million deaths worldwide.

“Dear Chinese fans,” said the team, “as we all know, sport makes us emotional, particularly with the highs and lows brought by wins and losses.

“Last Sunday, Valtteri had a tough and disappointing race, in which he lost world title. He didn’t intend to offend anyone in front of the TV cameras straight after the race, and certainly meant no disrespect to China and Chinese fans.

“He still is the Valtteri we all know, he cares about every fan in China as much as we do, wishes each of you the best and to stay safe in such a difficult time, and carries the commitment to showcase exciting racing for all of you.

“We wish you [to] have a good week and look forward to the final races of the season together. Team China.”