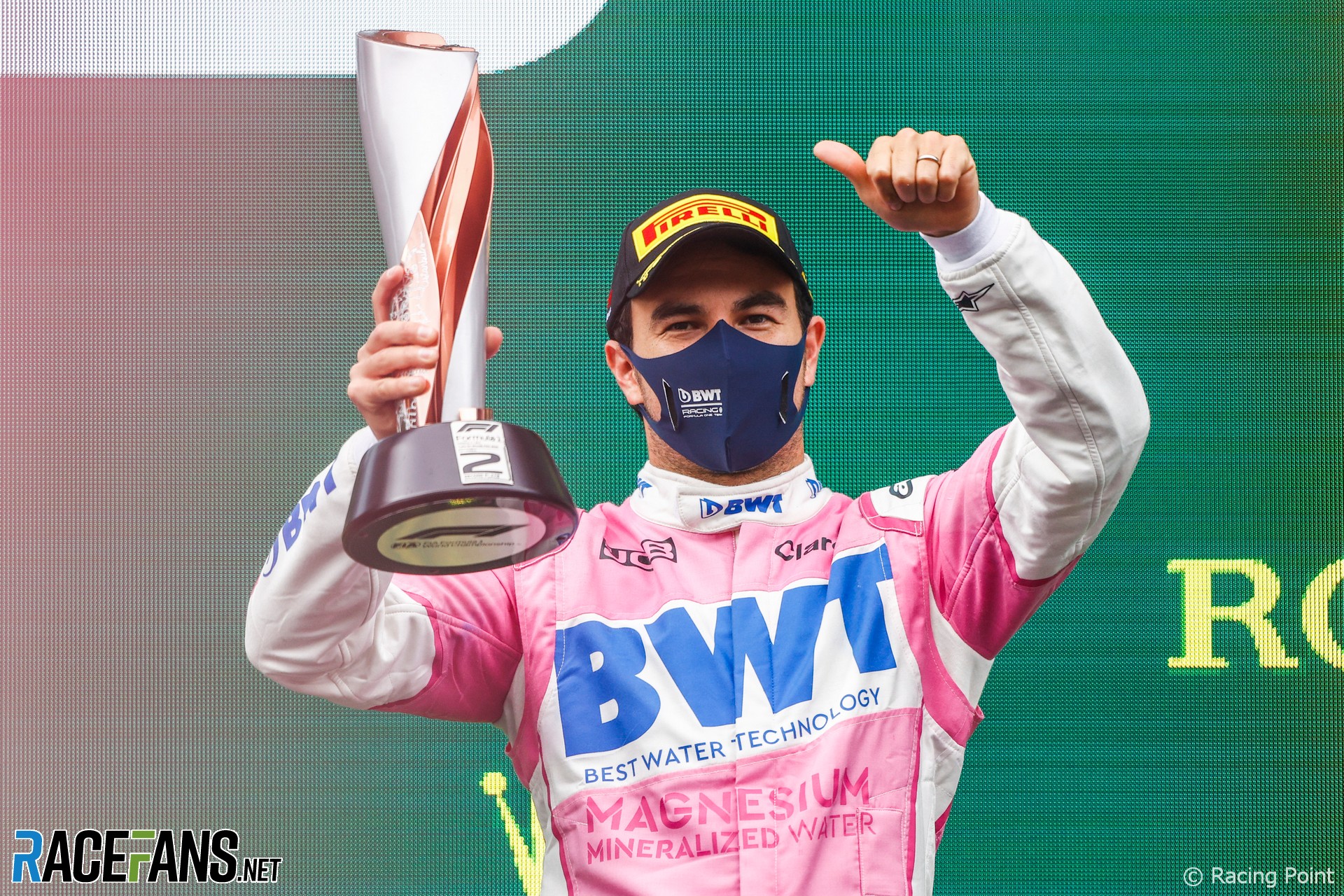 Sergio Perez says he is far better prepared to drive for a top Formula 1 team now than when he joined McLaren seven years ago.

The Racing Point driver will lose his place at the team at the end of this season. However he is believed to be under consideration by Red Bull as a potential replacement for Alexander Albon.

Perez spent a single season at McLaren in 2013 before being replaced by Kevin Magnussen. He has been at his current team, previously known as Force India, since then.

In that time he has developed a reputation as being on of the midfield most consistent drivers. He has been his current team’s top points scorer for the last five years, helping them to fourth in the championship behind the ‘big three’ of Mercedes, Red Bull and Ferrari in 2016 and 2017.

Perez said he’s “learnt a huge amount” since leaving McLaren. “Going there, things that didn’t work,” he said in response to a question from RaceFans.

Last weekend Perez scored his first podium finish of the season and equalled the best result of his career to date with second place. However he feels he should have scored two podium finishes earlier in the season.

“I should have a lot more points,” said Perez, who did not appear in either Silverstone round after testing positive for Covid-19.

“Missing two races is not ideal in such a short championship,” he said. “But overall I think I’m pleased especially with the level of consistency throughout the year.”

Asked whether it would be an “injustice” if he was unable to find a drive for next year, Perez said: “I think it’s part of Formula 1.

“I always knew this is how it is. I can call myself a privileged. I’ve had a great career, 10 years in Formula 1 up to now.

“If it was the case that I have to leave the sport I can leave with a lot of pride because I have delivered with the material I’ve had and not many people can have such a career. So we’ll see what happens but I’m in peace with myself.”