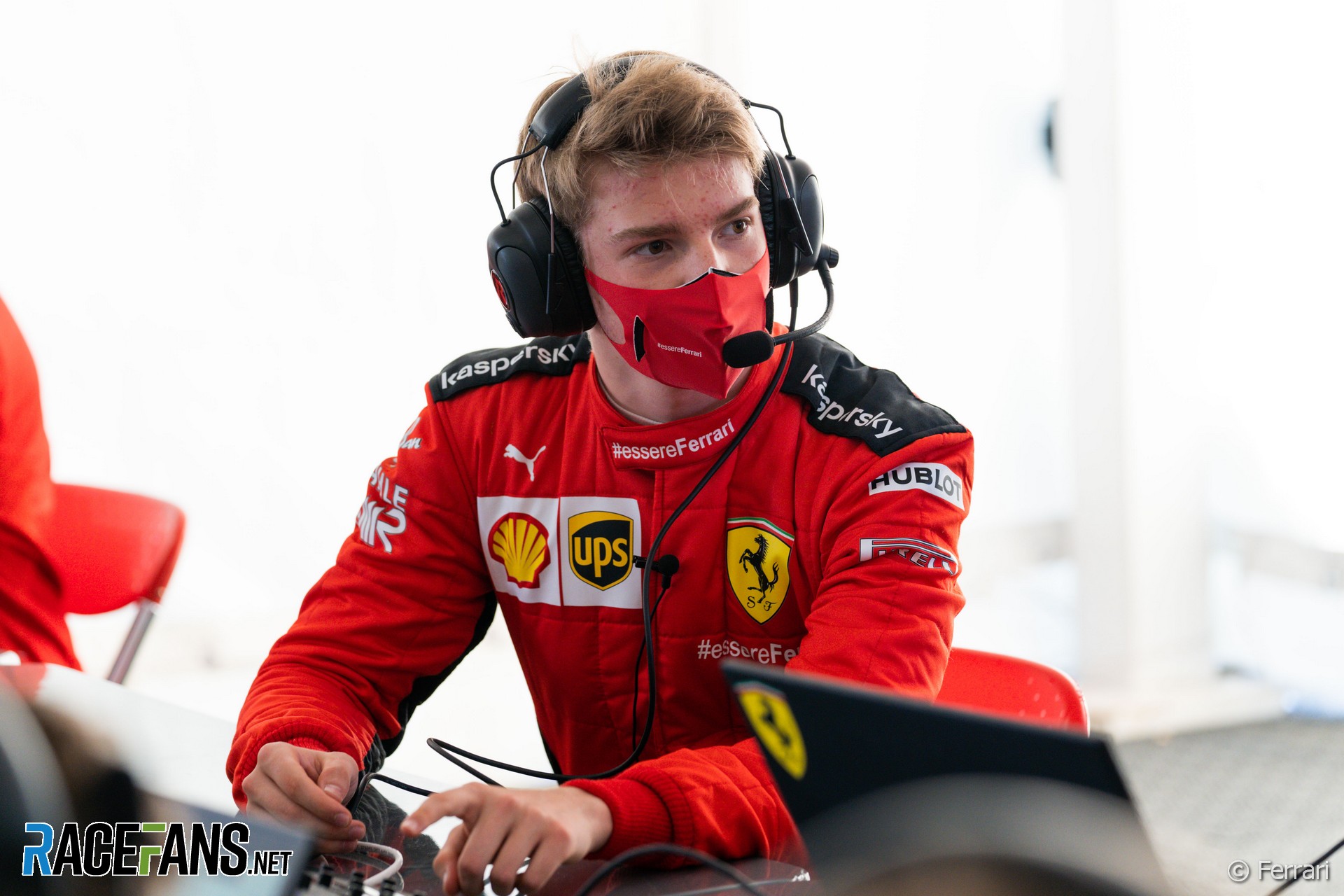 Ferrari has announced Driver Academy member Robert Shwartzman and development driver Antonio Fuoco will drive for them in the young drivers test in Abu Dhabi at the end of this season.

Neither driver appears to be in contention for a race seat in the 2021 F1 season. Fuoco, who has tested for the team three times previously, has worked as one of Ferrari’s simulator drivers since January 2019 and seen other drivers pass him on the FDA ladder.

Shwartzman, who drove an F1 car for the first time in September, has been part of Ferrari’s academy since 2017 and won the Formula 3 title last year. He suffered a personal blow when his father died in April. Since then he has made a successful debut in Formula 2, leading the championship early on, before slipping to fifth place.

“It’s exciting to know that I will be driving the SF1000 in Abu Dhabi immediately after the end of the Formula 1 season,” said Shwartzman. “I was able to try the SF71H at Fiorano at the end of September and it was incredible, even though that car is almost three years old now.”

Fuoco said that driving the test would help him with simulator duties by providing more reference to the real-world car. “I’m very happy to get back behind the wheel of a real car, having done so many virtual laps in the SF1000 in the simulator. It’s very useful for someone in my position, to be able from time to time to get into a car and check the correlation between the tools I usually use and how the car actually behaves on track.”

Another FDA member, Callum Ilott, will drive for Alfa Romeo in the test. Fellow FDA member Mick Schumacher, Shwartzman’s F2 team mate, is expected to appear for Haas in the F1 rookies test ahead of his promotion to the top flight next year.