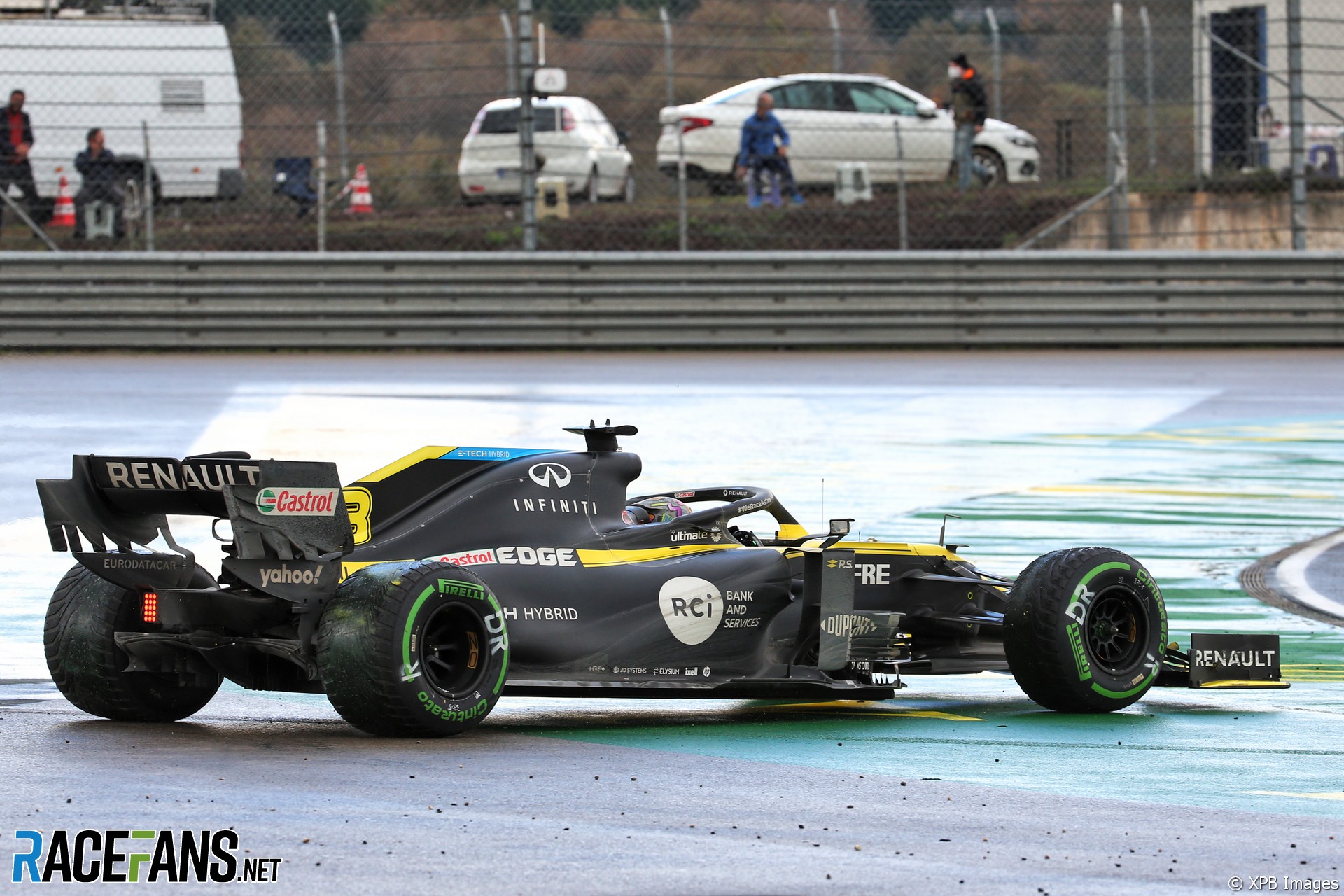 Drivers complained about exceptionally poor grip levels while driving the recently-resurfaced track for the first time during Friday practice. The situation deteriorated further due to rain on Saturday and Sunday.

“I think the last time we had a similar situation was probably Korea 2010,” Masi told RaceFans. He said Mercedes’ sporting director Ron Meadows described the circumstances as a “perfect storm” during Friday’s running.

“New asphalt, not having the ability to have any running on it because of the lateness with it, the rain, the cold weather.”

Pirelli’s selection of its hardest available tyres contributed “to a degree”, Masi conceded, “but I think if you put those other combinations together first and put them all together it leads to what we had.

“Was it ideal in a pure sense? No, it wasn’t. But look at what’s been achieved in the timeframe, what was done. We have the 20 best drivers in the world and [this] is not something that was done by design. That is probably the best way [to look at it]. It was just a combination of everything.”

Whether the track needed to be resurfaced in the first place has been called into question. “I think the matter of it being necessary or not is subjective,” said Masi. “Whose decision it was… it’s there and it was done. So I think from that perspective it doesn’t matter whose decision it was.”

Istanbul Park is one of five circuits which were added to the 2020 F1 calendar as a result of the pandemic. All received safety upgrades as a result, which Masi said was “a huge positive for the sport as a whole”.

“Turkey is a prime example,” he explained. “Turkey hasn’t had really any major activity for a number of years. I first went there eight weeks ago, when the World Rally Championship event was, around that time.

“And the venue looked sort of… it needed a lot of work. Let’s be quite honest, it needed I would say I call it ‘a big birthday’. So it wasn’t just the upgrading of barriers, it was painting things, cleaning things, putting kerbs back to their proper specification.

“All of those number of things [were] put together. I did another inspection there three, four weeks ago and then obviously the one on the weekend to see what it was. In a relatively short period of time, credit where credit is due, they did a great job.”