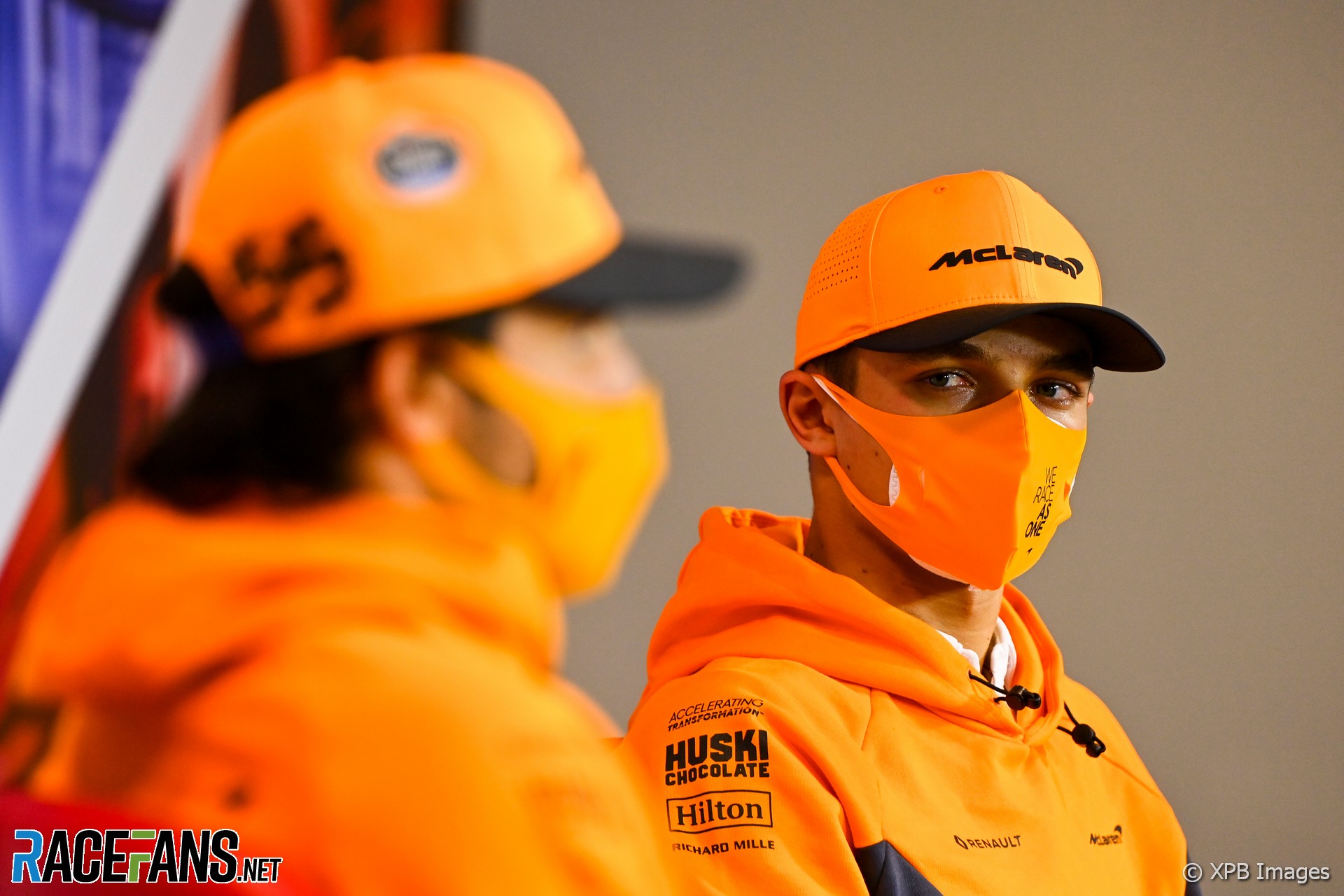 There are few purer measures of outright pace in Formula 1 than the contest between team mates in qualifying.

More often that not this is the best opportunity to compare the skills of two drivers in equal equipment, on the same tyre compounds, at the same time. Therefore it carries serious bragging rights.

With the final races of the 2020 F1 season coming up over the next three weekends, the state of play across the 10 teams could hardly be more different.

While the qualifying battles have already been decided at the majority of teams, the contest remains open at three. At the other end of the scale, two teams have seen entirely one-sided contests between their cars.

Two drivers could end the season with perfect scores in qualifying, while their team mates go into the final rounds hoping to avoid a rout.

At McLaren, Alfa Romeo and Haas, either driver could still win the qualifying fight.

This is little surprise as far as the orange team goes, as Carlos Sainz Jnr and Lando Norris ended last season tied 10-10 in qualifying (factoring out unreliability and crashes). They’re at 7-7 for the season so far: Sainz hiy a purple patch at mid-season, but Norris has qualified ahead in three of the last four races.

Antonio Giovinazzi began the year strongly at Alfa Romeo, out-qualifying his experienced team mate Kimi Raikkonen in four of the first five races. Raikkonen has turned the tables, however, and with an 8-6 lead only needs to qualify ahead in one of the remaining rounds to ensure he finishes ahead. He edged the fight 10-9 last year, and the pair will go up against each other again at the same team in 2021.

At Haas, however, the stakes couldn’t be lower. Both Romain Grosjean and Kevin Magnussen will leave the team at the end of the year. It’s been nip-and-tuck between the pair of them all season, and Grosjean leads 7-6, ignoring the technical problem he suffered in qualifying for the Styrian Grand Prix.

Two drivers have been the stars of Saturdays so far in 2020, though they tend to line up at opposite ends of the grid.

Max Verstappen hasn’t been out-qualified by Alexander Albon all year. Indeed, Albon didn’t beat him on pace once during their nine races together at the end of last year, though they did set identical times to within a thousandth of a second at Suzuka.

Since the beginning of 2019 Verstappen has only been out-qualified by his team mate once. Pierre Gasly lined up ahead of him at last year’s Canadian Grand Prix, though Verstappen could blame that on a gamble on harder tyres in Q2 which backfired, meaning he didn’t reach the final 10.

George Russell can claim an even better record than Verstappen. He hasn’t been out-qualified by either of his team mates since he made his F1 debut at the beginning of last year. Nicholas Latifi hasn’t had any more success beating him than Robert Kubica did.

Along with these two Lewis Hamilton, Charles Leclerc, Daniel Ricciardo, Pierre Gasly and Sergio Perez have already won the qualifying battles within their respective teams.

The data above is based on qualifying lap times alone, ignoring penalties and excluding sessions where either driver failed to set a time for whatever reason.