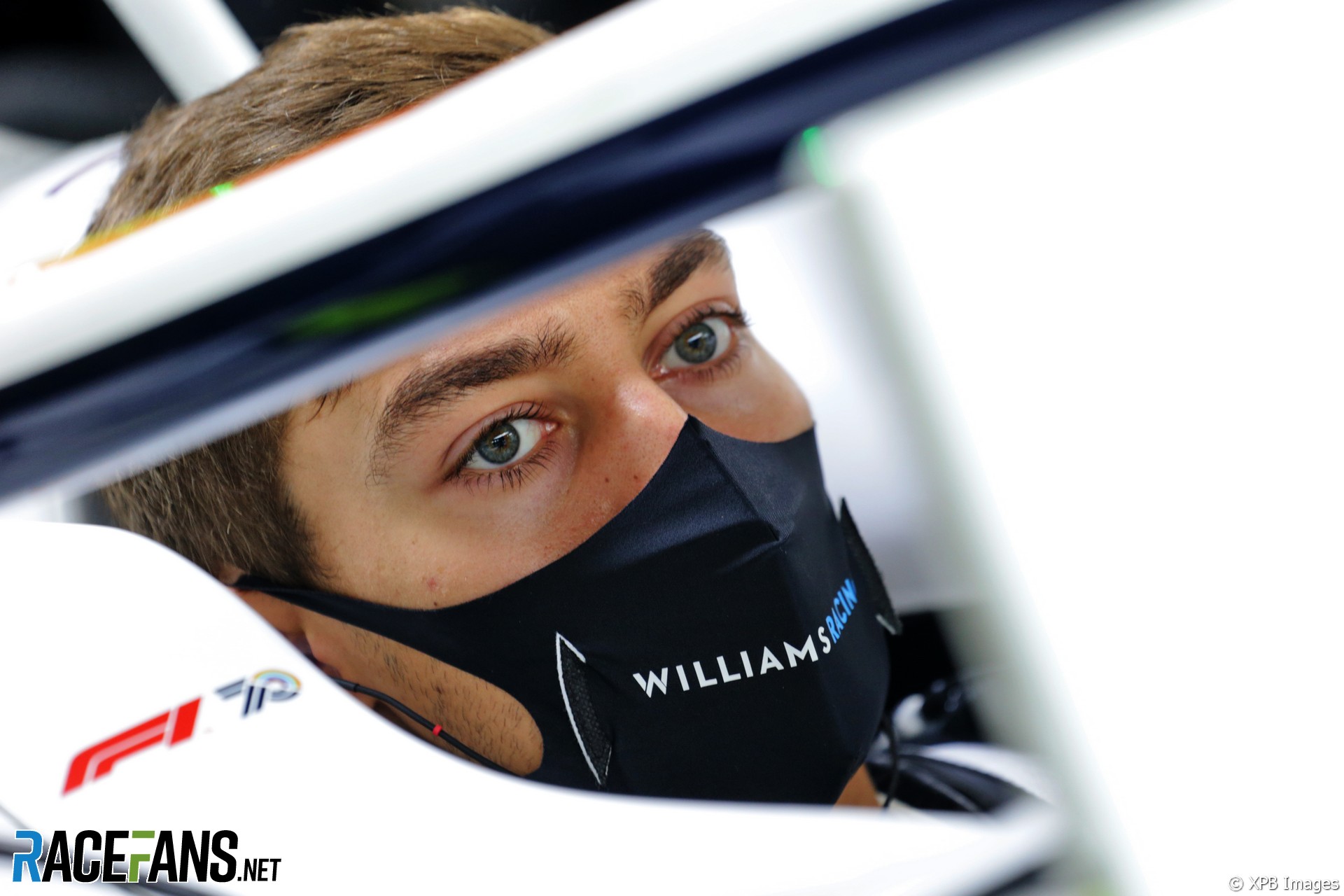 George Russell admits he feels some frustration at not being able to show his ability alongside F1’s other upcoming talents such as Charles Leclerc and Max Verstappen.

The Williams driver scored back-to-back championship successes in GP3 (now Formula 3) and Formula 2 before making his grand prix debut at the beginning of last year. Since then he has never been out-qualified by a team mate, but he has also been unable to score a point in the uncompetitive Williams.

“Obviously as a driver you want to prove what you can do an on even and fair ground,” said Russell in response to a question from RaceFans.

“In any sport – if you are racing in the Tour de France and one guy has got a superior bike or a bike that has got an electric motor or something like that, you might be the best cyclist in the world but you won’t be able to compete with them.

He hopes new rules which are due to come in over the next two seasons will help the team become more competitive but isn’t expecting immediate change.

“Unfortunately I think 2021 will be more of the same,” said Russell. “I hope, and I think everybody hopes, come 2022 with the new financial regulations, the new technical regulations, it’ll bring the whole field closer together. Hopefully it puts the driver literally in the driving seat to be able to make or break the weekend and I think everybody’s looking forward to that.”

Williams was sold to new owners Dorilton earlier this year. Russell expects to start seeing the benefits of their investment next year.

“I think now with the new owners it’s really exciting with more finance behind us to be able to focus into the future for 2022 and beyond but also keep a good eye on 2021 to continue to progress the car. That’s exciting for us and hopefully we can make make a step to cement our place ahead of Haas and Alfa Romeo and try and catch onto the back of the midfield.”