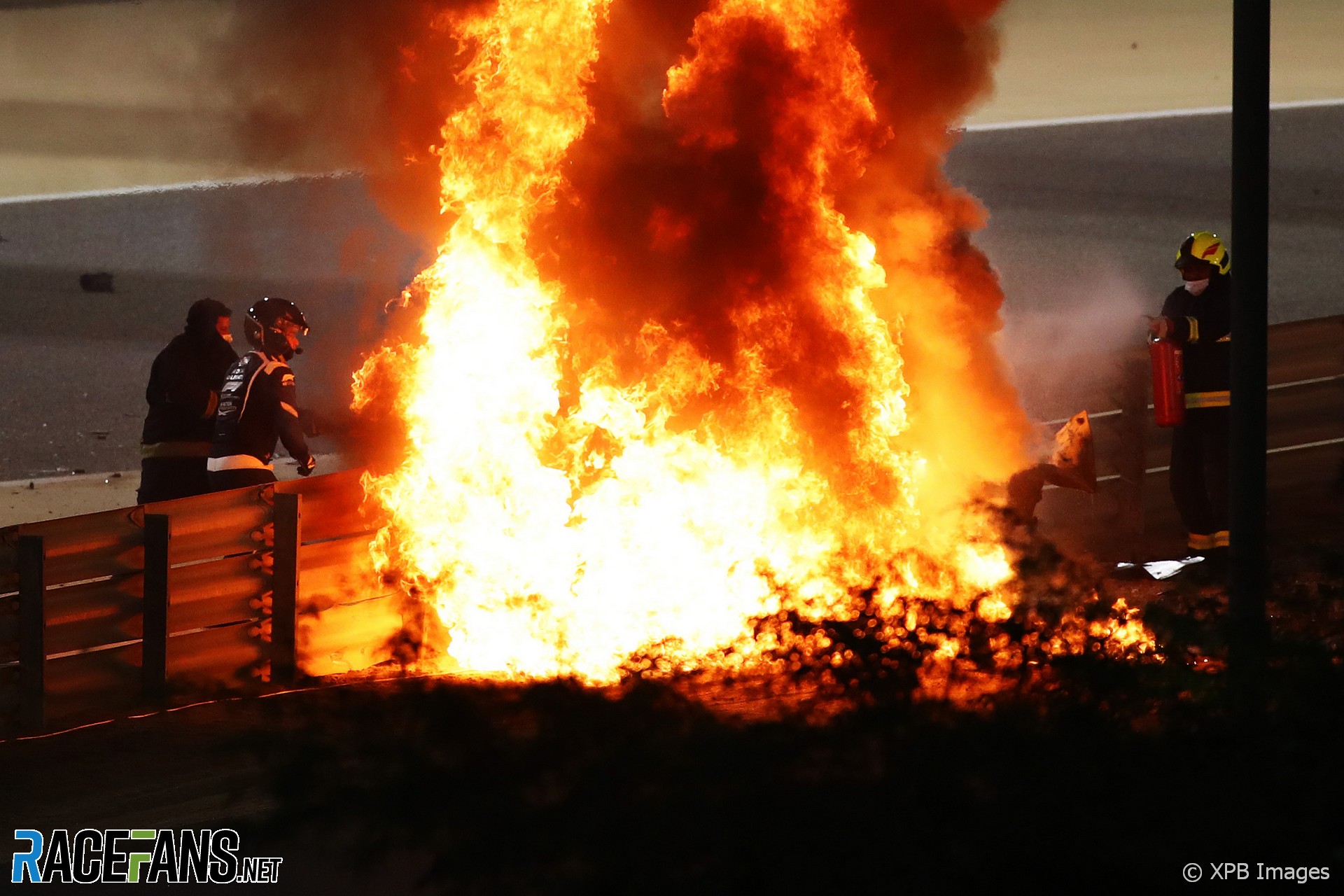 The Bahrain Grand Prix has been red-flagged and stopped on the first lap of the race after Romain Grosjean suffered an appalling crash within seconds of the start.

The Haas driver’s car exploded when he hit a barrier nose-first at the exit of turn three. Grosjean had made contact with Daniil Kvyat at the exit of the corner. Grosjean’s car was travelling at 221kph prior to the moment of impact and is believed to have struck the barrier with a force of 53G.

The impact split the car in two and the car, carrying a full race load of fuel, caught fire. Grosjean freed himself from the car and emerged from a fireball 28 seconds after the initial impact. Marshals and safety officials had already arrived on the scene and begun extinguishing the fire.

The team confirmed in a statement Grosjean has “some minor burns on his hands and ankles but otherwise he is okay.” The Haas driver is being taken to BDF Military Hospital by helicopter with a suspected rib fracture.

The FIA said in a statement that Grosjean was “immediately attended to by emergency and medical crews”. He “self-extricated” from the crash scene and “was conscious at all times”.

The crash caused extensive damage to the barriers. The race was eventually restarted over and hour and a half later.

Lewis Hamilton, who was ahead of the scene at the time of the crash, said on social media he is “so grateful Romain is safe.”

“The risk we take is no joke for those of you out there that forget that we put our life on the line for this sport and for what [we] love to do. This is a reminder to all.

“Thankful to the FIA for the massive strides we’ve taken for Romain to walk away from that safely.”