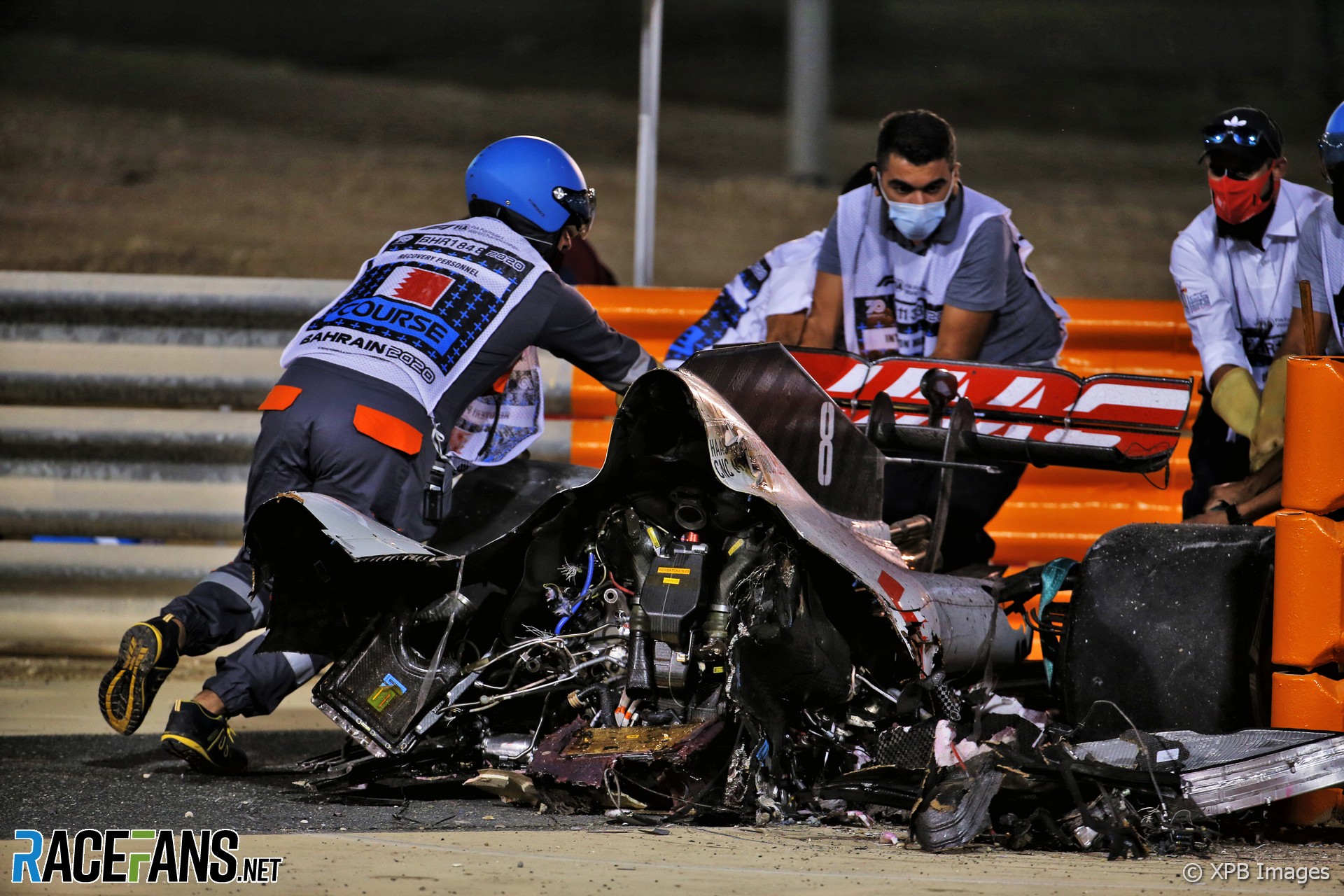 Formula 1 motorsport director Ross Brawn says the Halo saved Romain Grosjean in his fearsome crash at the start of the Bahrain Grand Prix.

However Brawn said the sport must closely examine why his car caught fire and was able to split the barrier into two.

“Undoubtedly we’ve got to do a very deep analysis of all the events that occurred because there are a number of things that shouldn’t have happened,” said Brawn. “The fire is worrying, the split in the barrier is worrying. I think the positive is the safety of the car. That’s what got us through today.”

Brawn was particularly concerned to see the barrier Grosjean hit split in two. “[That] was a classic problem many years ago,” he said. “Normally it resulted in a fatality.

“There’s absolutely no doubt the Halo was the factor that saved the day and saved Romain. And I think all the team behind it need crediting for forcing it through.

“If you recall there was quite a lot of controversy at the time about introducing it and I don’t think anyone now, especially after today can doubt the validity of that and the value of it. So hats off to everyone involved because it was a life saver-today.”

Grosjean struck the barrier with a force of 53G. “We’ve got to look at how everything failed, because everything’s designed to fail in progression, but a crash that catastrophic obviously things failed in an unpredicted way,” said Brawn.

Brawn suspects the fire was caused by a broken fuel line. “We had a fuel fire which is something that we haven’t had for a very long time,” he said. “Fuel cells are incredibly strong. I suspect that came from a ruptured connection

“I honestly don’t know, I think we need to look at it. But surprisingly, it looked a big fire, but those cars are carrying 100 kilos of fuel at that stage. I think if 100 kilos had gone up we would have had a massive fire. For me that was a fire of a few kilos of fuel, not 100 kilos.”

Grosjean struck an Armco barrier. It was replaced with a solid barrier in the break before the race was restarted. Formula 1 is due to race on the same circuit again next week, and Brawn said the crash structures will be carefully checked before then.

“But it’s something we haven’t seen for a very long time. I think the safety standards at the circuits are exceptional but today we saw something we didn’t predict.”