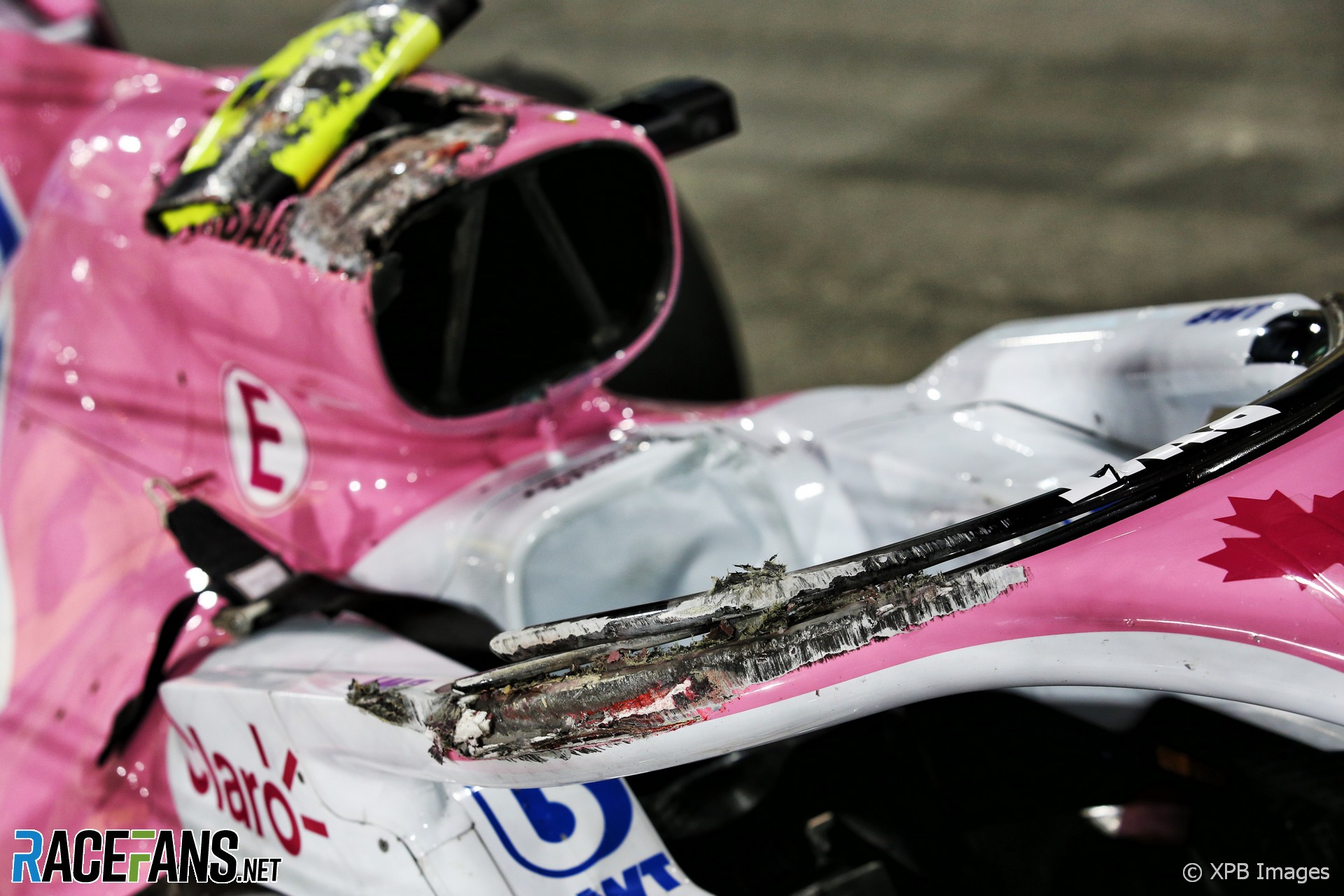 Daniil Kvyat has been given two penalty points on his licence for the crash which flipped Lance Stroll upside-down during the Bahrain Grand Prix.

The pair made contact at turn eight at the restart of the race. Kvyat tried to overtake Stroll on the inside of the corner but hit the Racing Point’s right-rear wheel, flipping his car onto its roll hoop.

The stewards held Kvyat responsible for the collision and gave him a 10-second time penalty as well as two penalty points on his licence, which take him to a total of four.

“Car 18 [Stroll] was on the racing line, car 26 [Kvyat] tried to complete an overtaking manoeuvre but failed to execute it,” the stewards noted. “The stewards concluded that the driver of car 26 was wholly to blame for the incident.”

The AlphaTauri rejected the stewards’ assessment, insisting Stroll knew where his car was but did not leave him space.

“I don’t share the stewards’ view on that,” said Kvyat. “I think I had nowhere to go. I already put my whole car on the inside kerb.

“He, on the other hand, he knew I was in there, but he turned in as if I wasn’t there. So I’m a bit upset at this decision, it’s kind of ruined my race because I had a great second start, I was again back in the game, but this penalty just ruined everything.”

Stroll insisted he “didn’t see anything” before the impact. “I couldn’t see him at all. I was halfway through the corner when I got hit.”

Following his retirement, Stroll has now failed to score in five of the last six races, one of which he withdrew from after contracting Covid-19.

“It’s just a shame,” he said. “We’ve scored two points since Monza and there was a time where we were fourth in the world championship and things are looking really good. Since then it’s just been a disaster.

“So I don’t know what else to add, we just have to focus on the next one and try to put an end to this run of bad luck and move forward.”

39 comments on “Kvyat “upset” with penalty for Stroll crash”