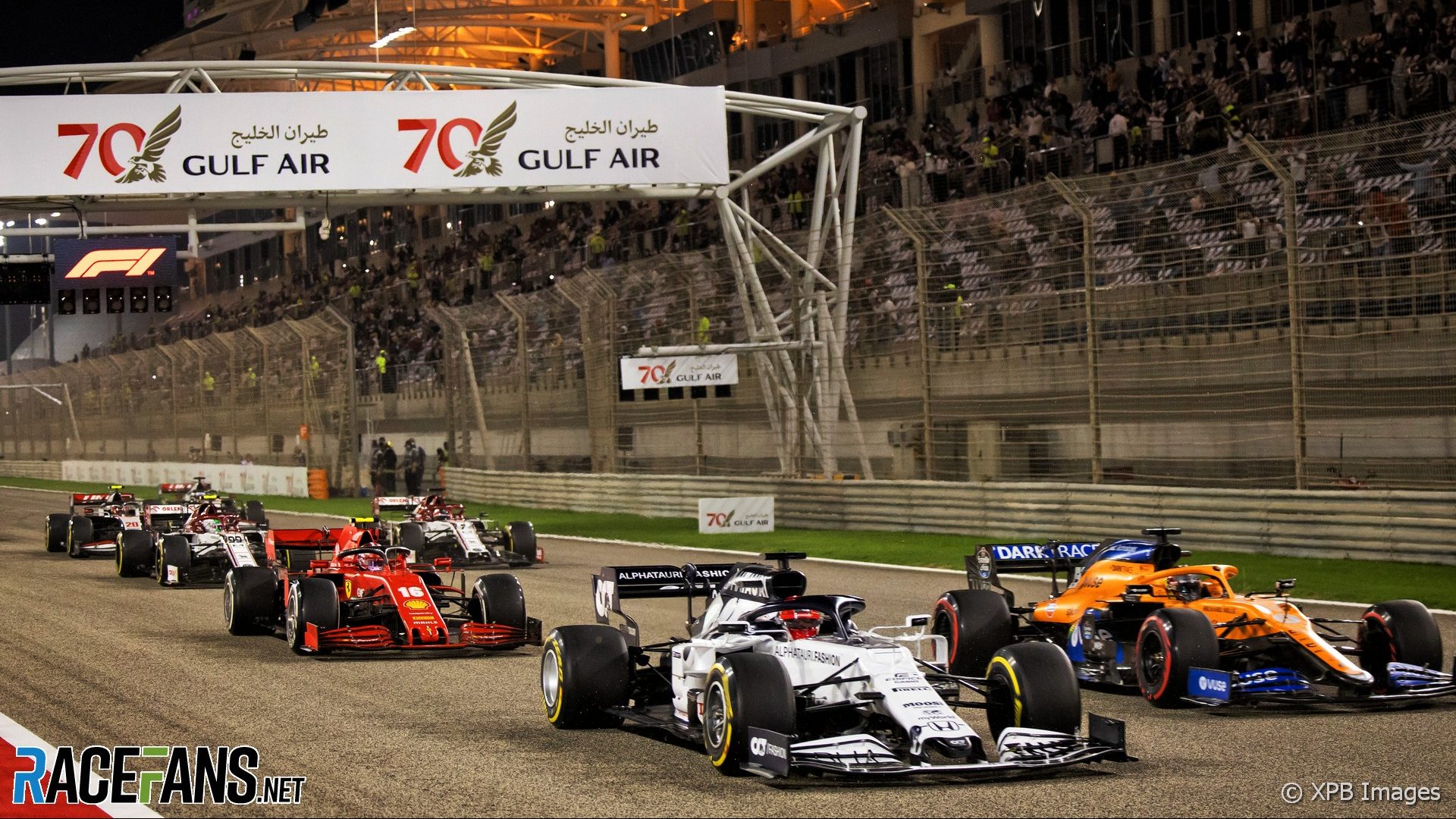 Daniil Kvyat said he was initially annoyed about his first-lap contact with Romain Grosjean, until he realised the seriousness of the crash it has caused.

The pair made contact at the exit of turn three at the start of the race. The collision sent Grosjean straight into a barrier. His car broke in two and caught fire, but Grosjean was able to free himself and run to safety.

The race was immediately red-flagged. As Kvyat drove out of turn eight he was able to see the smoke from the scene of Grosjean’s crash and asked his team: “Is he OK? What’s going on there?” He was told: “I will let you know, I don’t know at the moment.”

“It was a scary moment,” said Kvyat after the race. “I saw him, at first I was very angry that he came across like this, I thought, what is he doing? But then my mind changed immediately when I saw in the mirrors the fire.

“I was just hoping he was OK. I immediately didn’t like what I saw in my mirrors. I’m glad he’s OK, honestly. It really this just reminds you what we do is dangerous.”

Kvyat’s team mate Gasly said the experience was “horrible”, and was astonished at the scale of the impact Grosjean suffered.

“Initially I didn’t know what happened and when I saw the images I was shocked because from my generation I have never seen things like this,” he said. “In the past I think it was more common, but it was really scary.

“Then when I saw Romain got out of the car already, I was happy to to see him jumping out. It’s just scary, I had no idea a Formula 1 car could break that way and especially go through the barrier.

“So the Halo proved to be really working in that particular occasion. I sent him a text during the red flag just wishing him for a good recovery.”

Grosjean has been taken to hospital with a suspected rib fracture and minor burns to his hands.