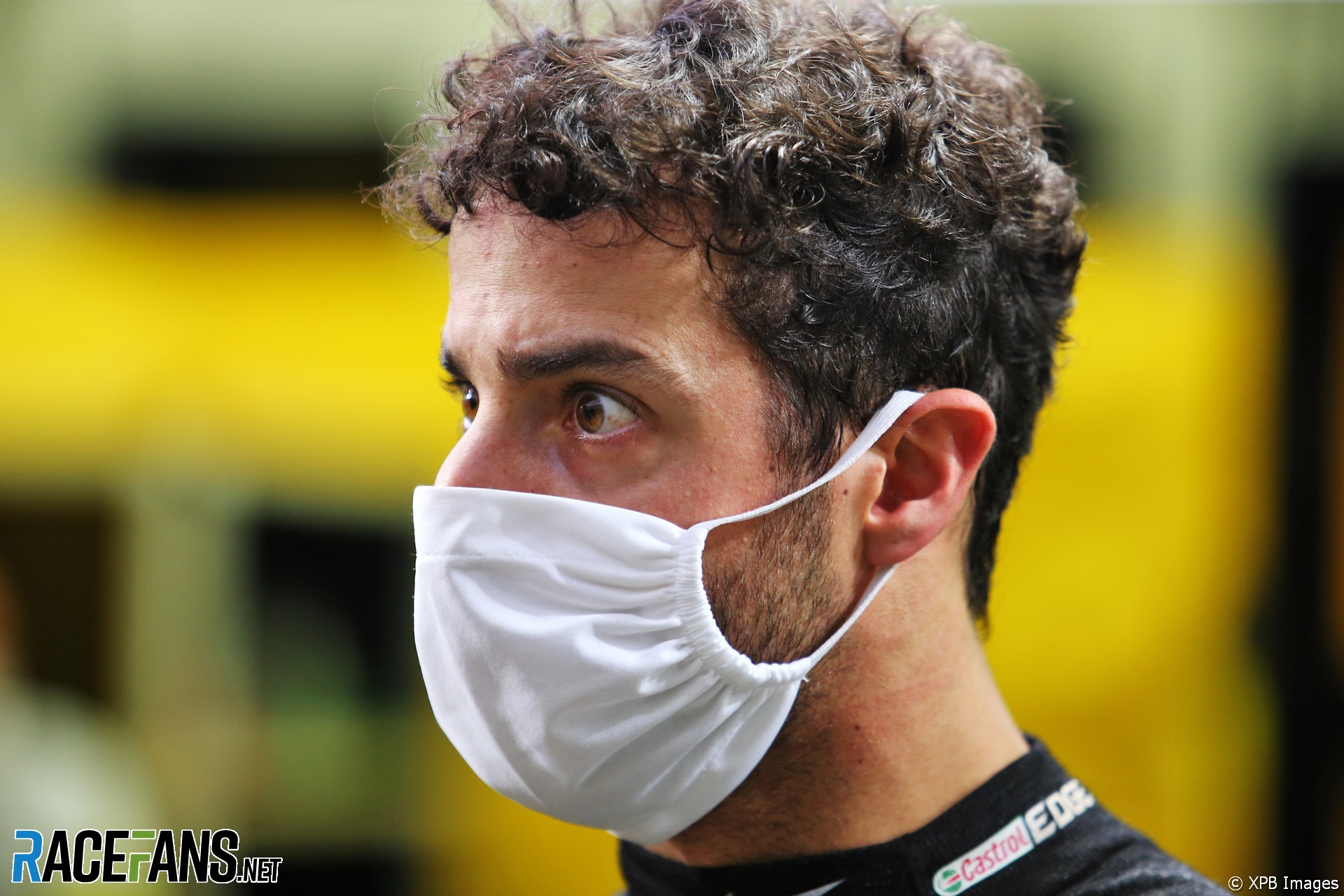 Several replays of the Haas driver’s fiery accident were shown during the length delay between the crash and the resumption of the race almost 90 minutes later.

“I’m firstly happy that that he’s OK from it, from what I saw,” said Ricciardo. But the Renault driver vehemently criticised F1’s decision to show many replays of the crash subsequently.

Ricciardo said he “had a lot of rage” at the time and still did after the race was over.

“It was just very, very poorly handled. It felt like a game and it’s not.

“We’re lucky he’s here but it could have been a different story and to show it like it’s something from Hollywood, it’s not cool. Choose to do that tomorrow, but not today.”

Sebastian Vettel admitted he found it difficult to get back into his car after the crash and said he chose not to watch the replay footage.