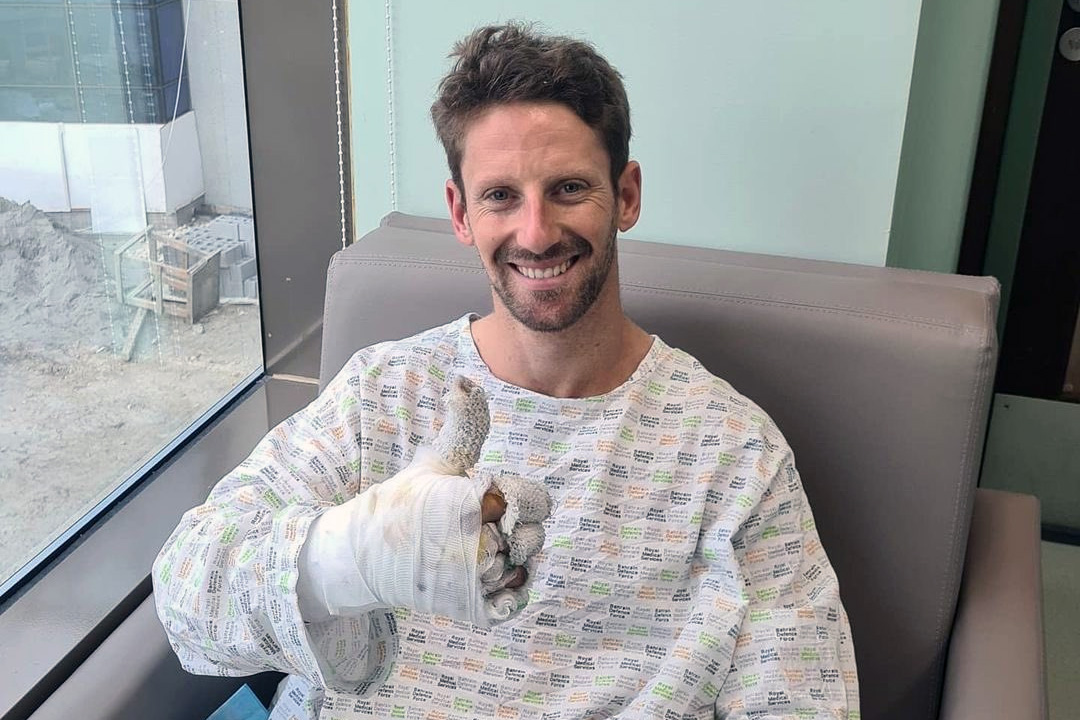 The Haas driver is recovering in hospital from the burns he suffered to his hands in his fiery crash on the first lap of last weekend’s race. Haas announced yesterday Pietro Fittipaldi will replace him at this weekend’s Sakhir Grand Prix.

However Steiner said Grosjean “would like to do” the last race of the season at Yas Marina next week.

“I spoke with him yesterday about it. He really wants to be in Abu Dhabi. But I said try to get better, speak on Sunday or Monday, let’s see how you feel and if it is do-able.

“Basically we’ll cross that bridge when we get to it. At the moment we’ve got plenty of time. Pietro is here, Romain is here, we just need to see how he feels. So I’m not in a hurry to decide now or to do what is needed. It depends on his health.”

Grosjean was originally due to leave hospital today. Steiner said he will remain for another night as a precaution, but insisted there has been no setback in his recovery.

“I just spoke with one of his guys because he was with the doctor before and they did something on the burns, I don’t know exactly what,” he said.

“He is staying another night in the hospital but there’s nothing to be preoccupied with. They just said it’s a safer environment because of the cleanliness, I guess, mostly because of the burns.

“But everything is going good. This guy told me the doctors are very happy and the healing process is as he would have seen it coming.

“So staying one night longer is not a setback, that there is a problem, it’s just like they said maybe it’s better to stay a night longer to make the healing quicker.”