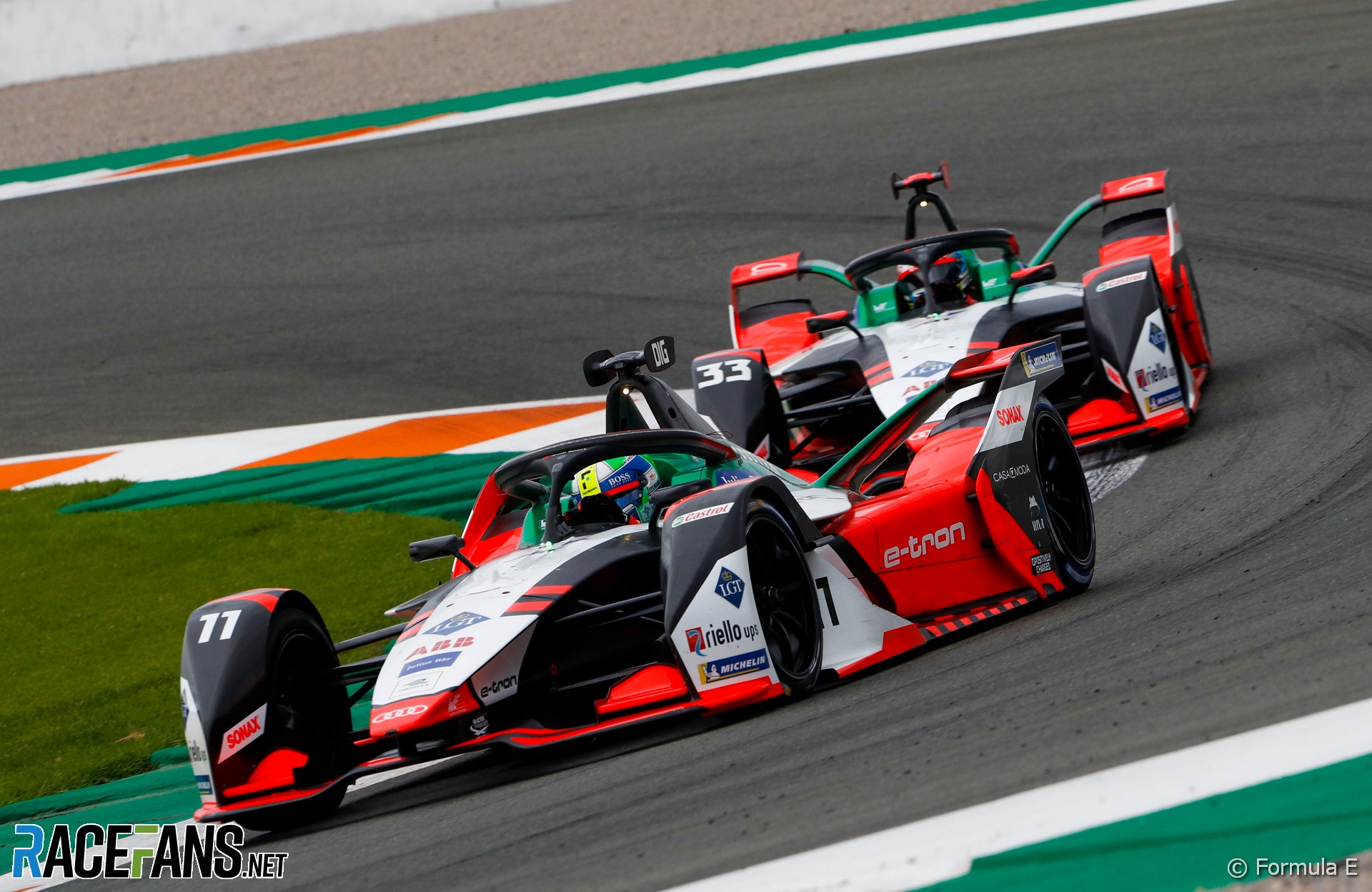 In the round-up: Audi has announced a change in priorities for its motorsport programme, following its decision last April to leave the DTM.

Audi to leave Formula E for other series

Audi has announced it will call time on its participation in Formula E at the end of the upcoming 2021 season. The team finished sixth in the standings last year with Lucas di Grassi, Daniel Abt and Rene Rast (the latter replacing Abt mid-season).

It will switch its focus to a new Dakar Rally programme from 2022 using a new “innovative prototype”. Audi intends to race an “alternative drive concept combines an electric drivetrain with a high-voltage battery and a highly efficient energy converter for the first time.”

At the same time Audi announced it is “intensively preparing” a car for the new LMDh regulations, and indicated it will compete in the Le Mans 24 Hours and Daytona 24 Hours.

It is time i announce that I have been told I will not be racing F1 in 2021. Obviously I have known this for a couple weeks now. I am disappointed, but I will just work harder and do what it takes to make sure it happens in 2022. Anyway, I have a championship I want to win ✌🏻 pic.twitter.com/hOzplyi1Bj

Delighted that the two civil defence personnel who arrived at the scene of Romain Grosjean’s accident have been recognised for their work.#TeamBahrain pic.twitter.com/iXkmcd5ykU

F1 drivers didn't use the same number at each race when his grandfather @emmofittipaldi won his first title in 1972, but they did when he won his second title in 1974. He raced as number five that year, but Vettel's already got it. #F1 #SakhirGP

'Call me arrogant, if you want. I really don’t care': Raikkonen refuses to play the PR game (Daily Mail)

"I enjoy the racing and trying to solve issues and improving and making the car better. I truly don’t like the rest of it but that has always been part of it."

"Formula 1 champion Lewis Hamilton will be one of the guest editors of BBC Radio 4's Today programme this Christmas."

A reserve driver actually getting to act as a reserve? Pietro Fittipaldi’s debut shows bold thinking from Haas:

So did Hulkenberg have his phone turned off or is Haas one of the few teams that actually use their third/reserve drivers instead of hiring someone from the outside?
@Kaiie