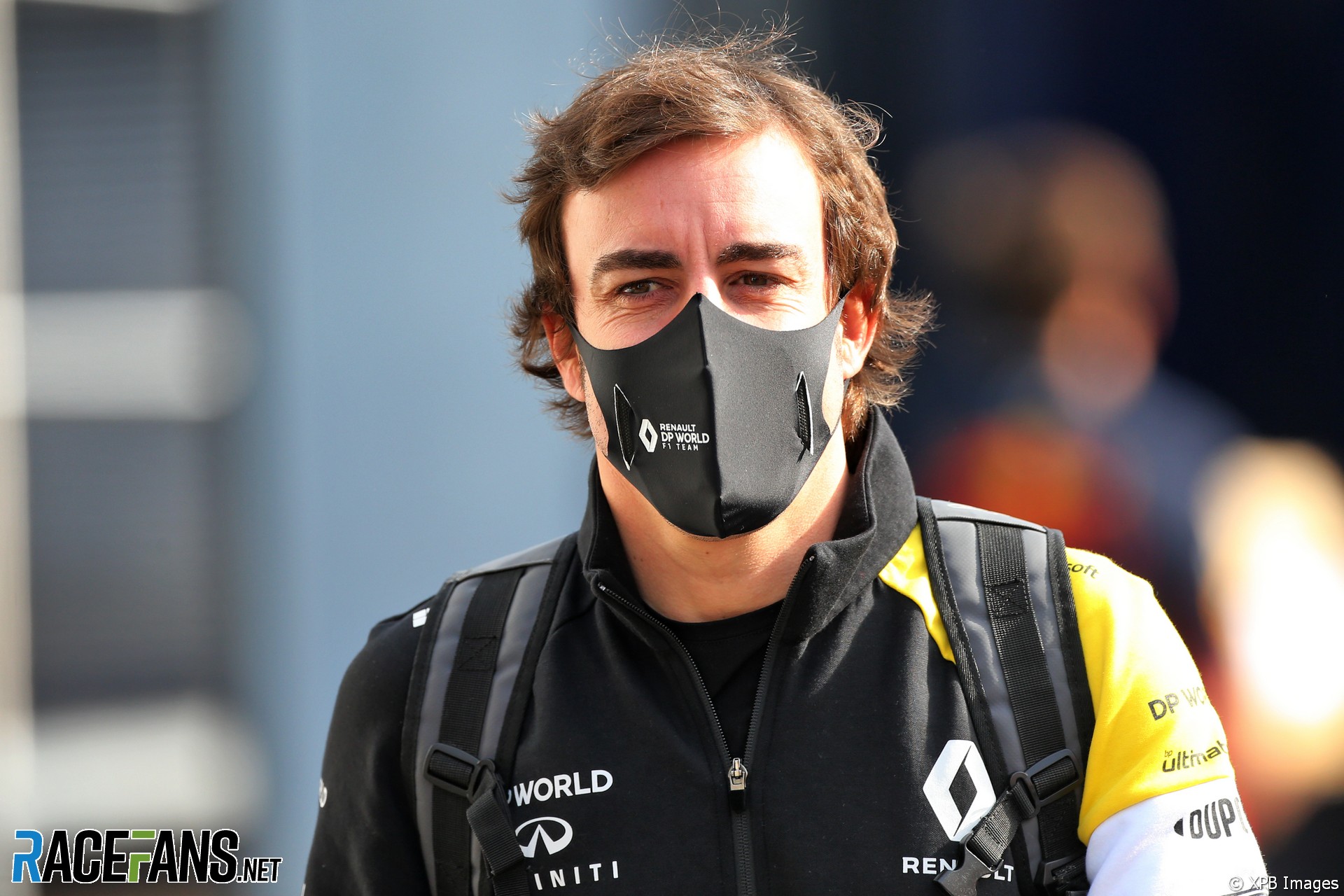 Fernando Alonso will participate in the post-season test at Yas Marina which was originally designated for young drivers, Renault has announced.

The two-times world champion will be the second-oldest driver on the grid when he makes his comeback next year. He will share testing duties with one of Renault’s junior drivers, Guanyu Zhou, in the test on December 15th.

Renault was eager to give Alonso his first opportunity to drive their current F1 car on representative tyres. He previously drove the RS20 at the Circuit de Catalunya as part of a filming day, for which purpose demonstration tyres had to be used.

Rival teams previously resisted Renault’s efforts to include Alonso in the test. Some are now expected to include drivers besides their junior talents in the test.

“We would like to thank the FIA and F1 for their acceptance of our test plans, made in recognition of our commitment to young drivers throughout junior motorsport and to Fernando’s own dedication to furthering the careers of young talents,” said Renault’s managing director Cyril Abiteboul.

“Zhou has experienced the benefit of the Renault Sport Academy, having joined its ranks last year. He has worked hard and made a genuine contribution to the performance of the team through his work in the simulator and test programme. I am delighted he can drive the RS20 to complement his journey so far.

“For Fernando this will be the next step in his return. He has worked tirelessly to make sure he is as ready as he possibly can be for 2021. He wants to contribute fully – not just to the team, but to the fans and the sport he has missed in the past two years.”

Other drivers already confirmed to participate in the test include Ferrari’s Antonio Fuoco and Robert Shwartzman, Alfa Romeo’s Callum Ilott, plus Roy Nissany and Jack Aitken for Williams.