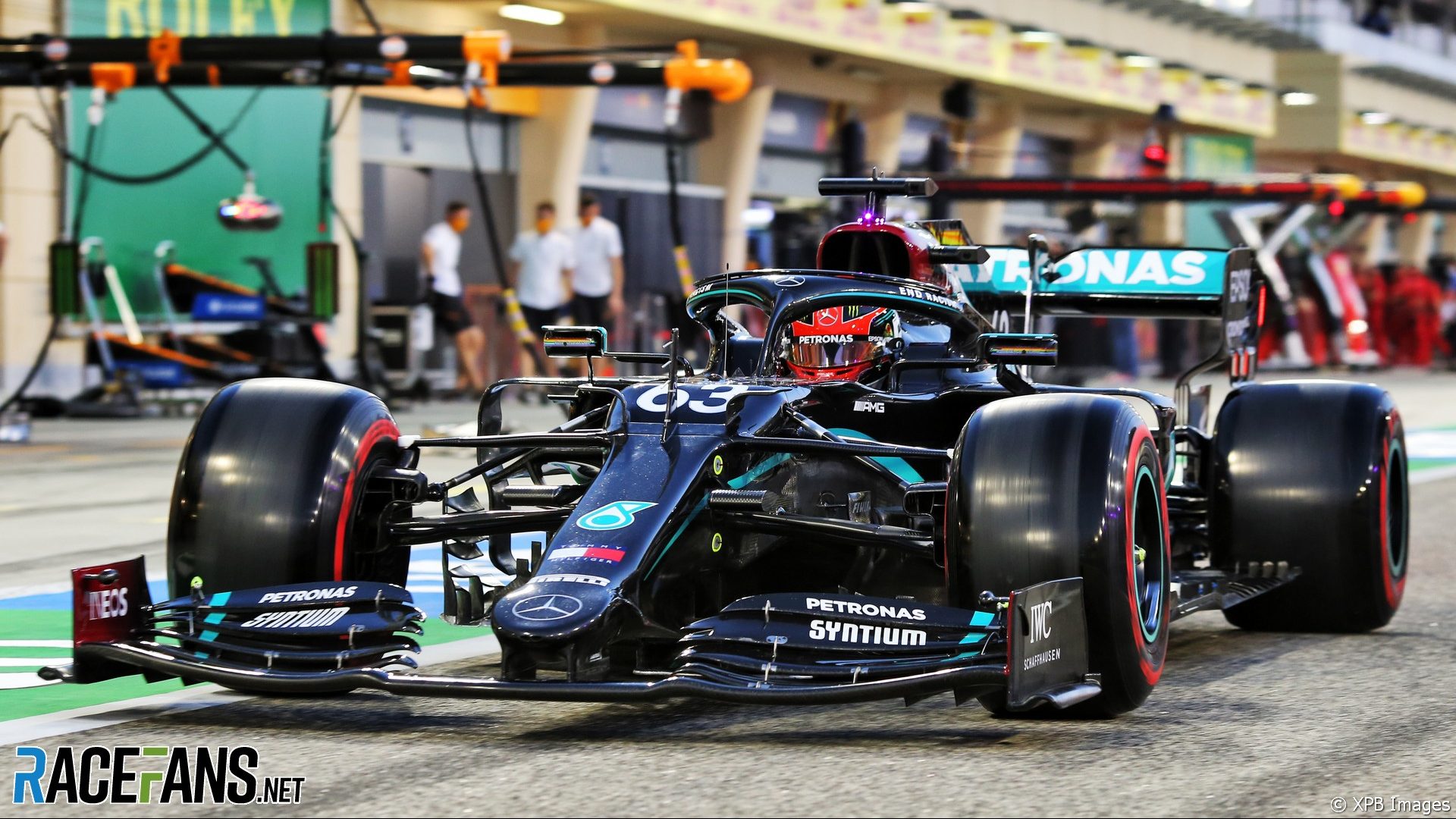 Mercedes team principal Toto Wolff has denied George Russell and Valtteri Bottas are in a “shoot-out” for a drive with the team in 2022.

Russell, the team’s junior driver who races for Williams, is substituting for Lewis Hamilton after the world champion tested positive for Covid-19. He was quickest in his first practice session for the team earlier today.

The team’s decision to promote Russell to their line-up this weekend instead of reserve driver Stoffel Vandoorne has prompted speculation Russell could be chosen to replace Bottas in the world champions’ 2022 line-up. However Wolff firmly rejected suggestions this weekend’s race should be seen as a “shoot-out” between the two.

“Not at all,” said Wolff. “I’ve heard this rumour. Obviously you can’t call it a ‘shoot-out’ when it’s about one or two races. That doesn’t give you any meaningful data whatsoever.

“If George does well it’s an indication that one day he’s going to be in a good car and hopefully race for victories and championships. But that is far away. He knows that. He just needs to deliver a solid job and not make any mistakes.

“There is no shoot-out. We have total trust in Valtteri and loyalty as we’ve always had and that is our position.”

Wolff said this weekend – and next, if Russell remains as a substitute for the Abu Dhabi Grand Prix – will give Mercedes “another set of data points” to understand the performance of Russell, who has been one of their junior drivers since 2017.

“We know that we [will] race next year with Lewis and Valtteri. Where we are in 2022 is all going to depend on where our own season in ’22 is going to go and not by George’s performance on an oval in Bahrain and in a season final in Abu Dhabi.”

However Bottas admitted yesterday he can ill-afford to finish behind Russell. “If it beats me, for sure it wouldn’t look so good on me if I have a normal race and if he beats me fair and square,” he said in response to a question from RaceFans.

“Obviously I’ll try to avoid that. But I’m not a person who thinks things on that side of things. I try to turn things into a motivation and do positive thinking. And that’s my mind set for this weekend.”