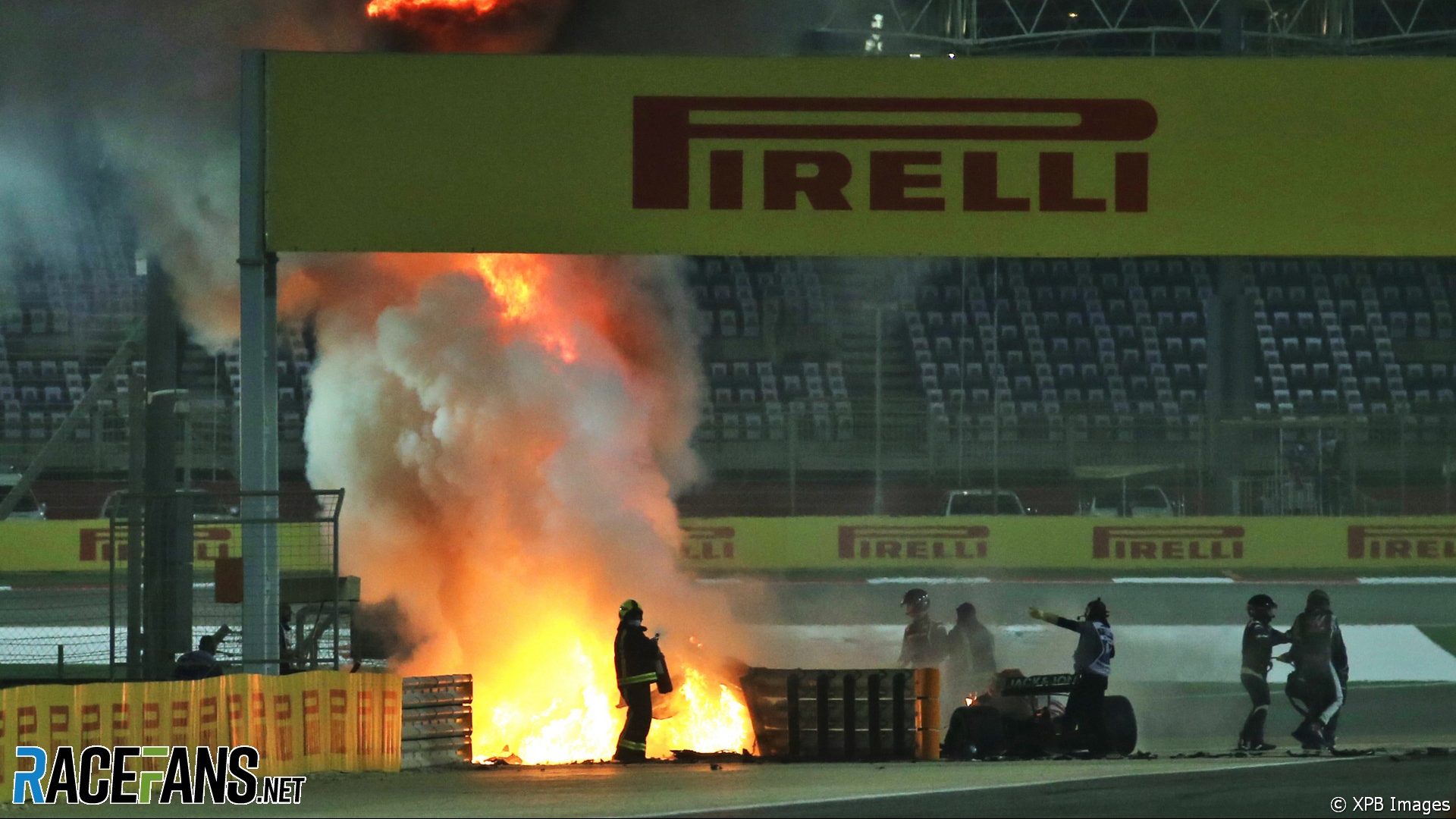 Daniil Kvyat has said he has spoken to Romain Grosjean after the pair’s collision, which triggered the Haas driver’s horrifying crash last weekend.

Grosjean struck a guardrail at 53G, his car exploding into flames, leaving him with burns to his hands.

Kvyat said he had met with Grosjean briefly and was relieved to see him doing well. “We exchanged a couple of words,” said the AlphaTauri driver. “We are in the same hotel and I saw him and we spoke a bit briefly about that he’s alright and he showed me his boxing gloves.

“It’s good, I also texted him – everyone, I think, texted him after the race and it was just great to see him in a good state, good spirits also. Of course, I hope he realises that this was a very good escape and that everyone’s happy for him here.”

Kvyat said the fire which engulfed Grosjean’s car, which he was trapped in for 28 seconds, is the biggest priority for the FIA to address following the crash.

“What’s been spoken about, like the car – the car safety will be always developed, we know we are in good hands. We saw the Halo has been so strong in helping Romain in this crash, it was amazing.

He believes the severity of Grosjean’s crash was due to a combination of factors and said he expects the sport will draw valuable lessons from it.

“The impact was just crazy,” said Kvyat, “it seemed like a perfect storm for that the impact because of how the barrier was inclined, the type of barrier and so on.

“If you look at this weekend, they changed the kind of barrier to [absorb] the impact and I think it’s good that we will look into these things even more, with that anticipation, in the future. I know that the guys in the FIA are doing a great job, they will keep pushing but there will always be something that can be improved.”