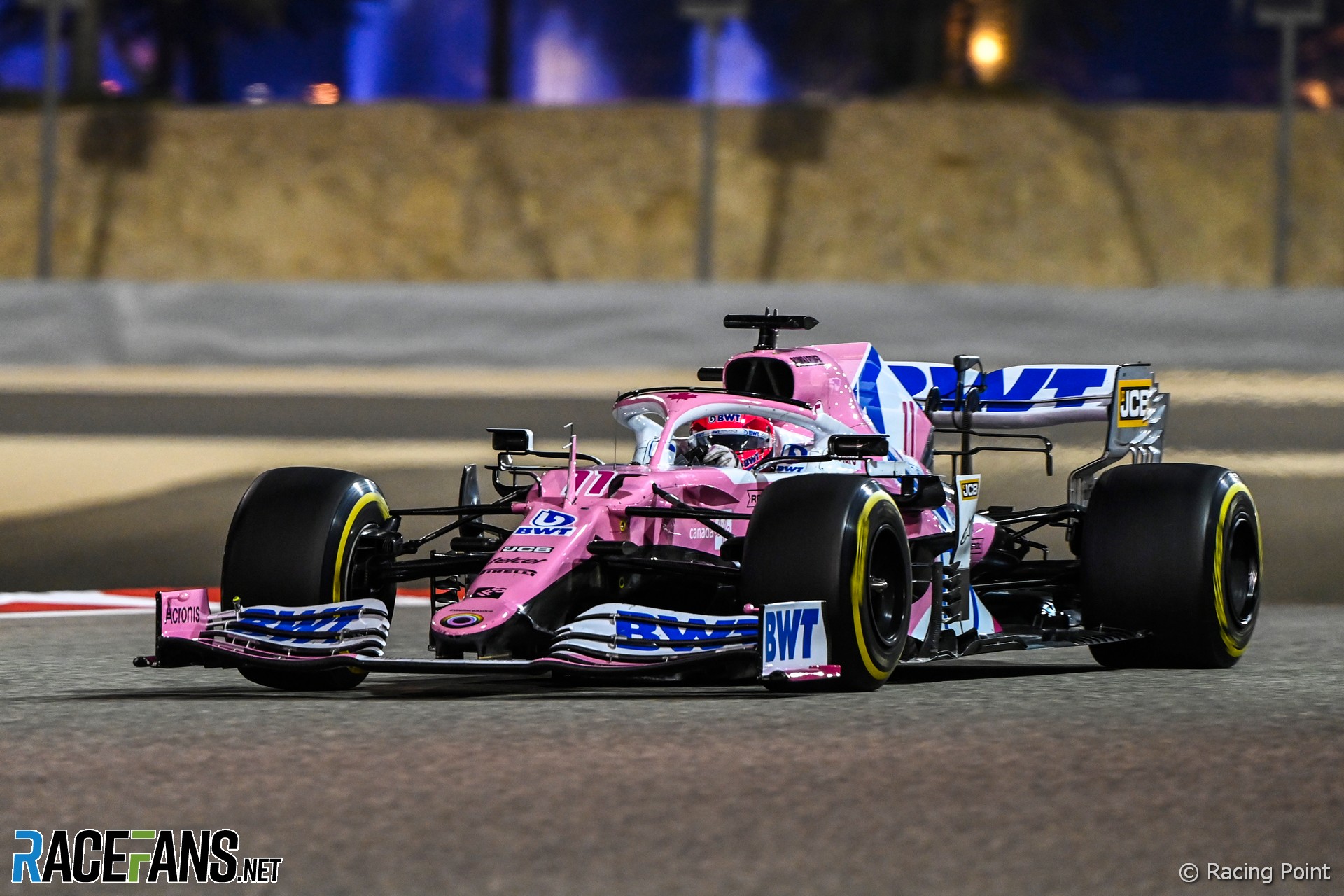 Sergio Perez has scored the first victory of his Formula 1 career despite a first-lap collision which left him 18th at the end of lap one.

Russell took the lead at the start of the race from second on the grid, passing Bottas on the inside of turn one. Bottas then had a slow exit from turn two, which help up Max Verstappen, Sergio Perez and Charles Leclerc.

Leclerc hit Perez’s Racing Point at turn four, ending his own race and knocking the Racing Point into a spin. Verstappen joined Leclerc in retirement as he tried to drive around the outside of the spinning pair, but hit the barrier.

Russell led the first two-thirds of the race but lost his advantage as a result of a Mercedes pit stop error. He and Bottas were told to pit during a Safety Car period, but after swinging into the pits later Russell was fitted with the wrong set of tyres. It was only discovered once Bottas arrived in the pits, and Russell had to be called in for a second stop.

That promoted Perez to the lead ahead of Esteban Ocon and Lance Stroll, followed by the two Mercedes, Bottas ahead of Russell. But within two laps of the race restarting Russell had passed his team mate around the outside of turn six.

Russell picked off Stroll and Ocon in quick succession, but had to close down the three-second lead Perez had quickly established. He was on his way to doing so when he picked up a rear-left puncture, forcing him back into the pits.

That left Perez clear in the lead. He brought his Racing Point home 10 seconds ahead of Esteban Ocon, who scored the best result of his career with second place for Renault. Lance Stroll completed the podium after nearly crashing into the Renault at the restart.

Carlos Sainz Jnr took fourth for McLaren, having lost time earlier in the race with a mis-timed pit stop at the end of a Virtual Safety Car period. Daniel Ricciardo brought the second Renault home in the top five.

Alexander Albon finished sixth in the sole remaining Red Bull, followed by Daniil Kvyat. Bottas slipped to eighth after an old set of tyres were fitted to his car at his second pit stop.

Russell recovered to ninth, but remains under investigation for the set of tyres which were incorrectly fitted to his car. Norris completed the points scorers.