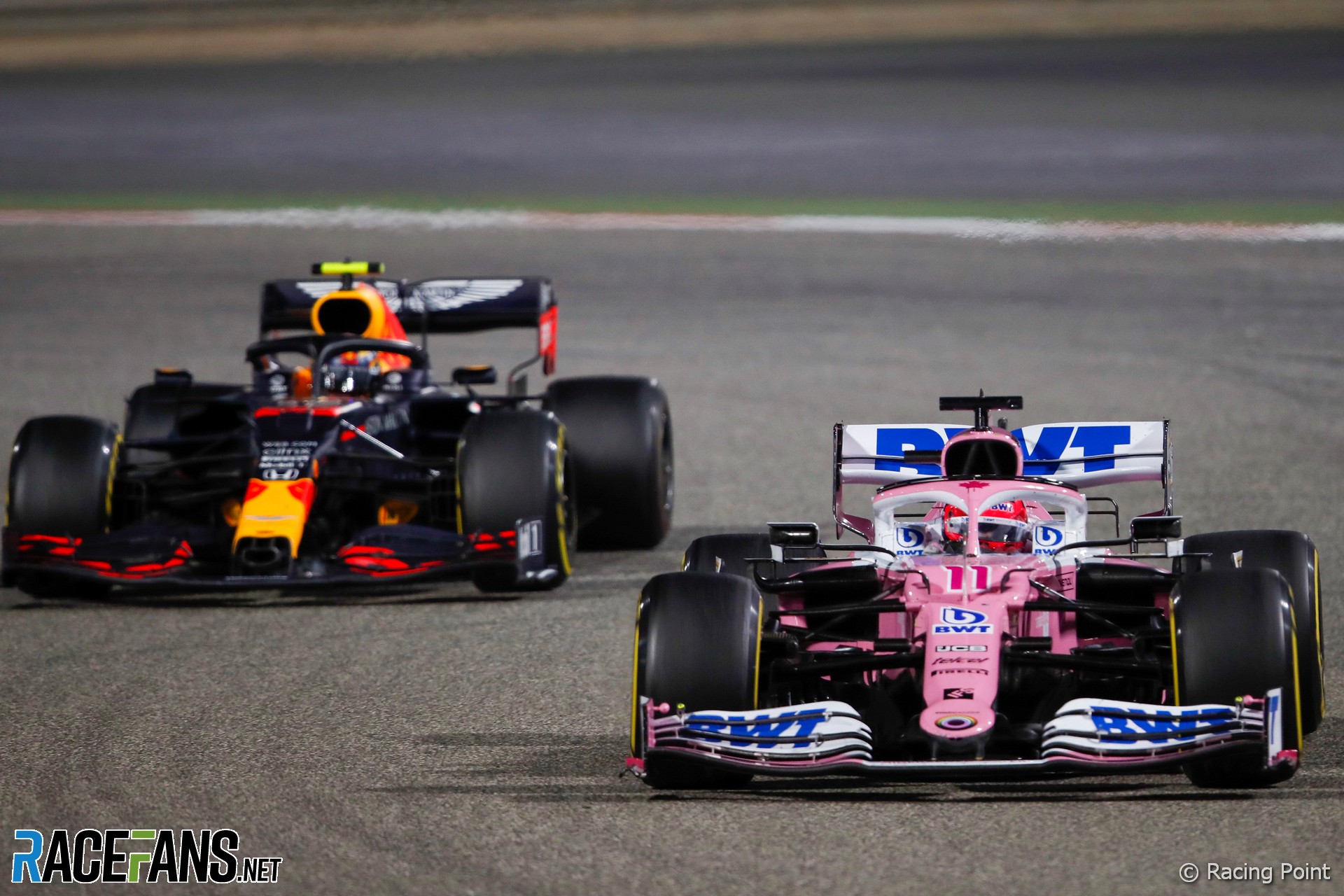 Sergio Perez is convinced he would have won the Sakhir Grand Prix even if George Russell hadn’t suffered a late puncture.

The Racing Point driver scored his maiden victory after long-time leader Russell lost time due to a pit stop error. The Mercedes driver was catching him over the final laps, but a puncture forced him back into the pits again, finishing his chances of victory.

Perez, who made his F1 debut in 2011, said he had waited for his breakthrough win his whole career.

“I’m a bit speechless,” he said. “I hope I’m not dreaming because I dreamed so many years of being in this moment, 10 years it took me. It’s incredible. I don’t know what to say.”

Perez fell to last on the first lap following a collision with Charles Leclerc. He said he thought all hope of a good result was over at that point.

“After the first lap the race was again gone, same as last weekend,” he said. “But it was all about not giving up, recovering, going through it, just making the best that we possibly could. This season, the luck hasn’t been with us this year but we finally got it.”

He is confident he would have been quick enough to keep Russell behind him if the Mercedes driver had caught up.

“I think we won today on merit,” said Perez. “Yes, the Mercedes had some issues but I think in the end my pace was strong enough to have held George, who did a fantastic race today.”

Perez revealed he lost time in his first stint due to an error. “I did a big mistake during the safety car I locked up my front left tyre badly so during my first stint I had so many vibrations throughout the stint.”

The car’s handling improved dramatically on a fresh set of tyres. “As soon as I recovered onto the second stint I told my team ‘This car feels like a limousine’, so easy without the vibrations, we had tremendous pace and I think we did really well throughout the weekend.”

With no contract for the 2021 F1 season, Perez’s next race is due to be his last. He is determined to return to F1 if he can’t get a seat for next season.

“It makes me a bit more peaceful with myself. What happens is not so much in my hands at the moment but I know I want to keep going so if I’m not on the grid next year I will be back in 2022.”