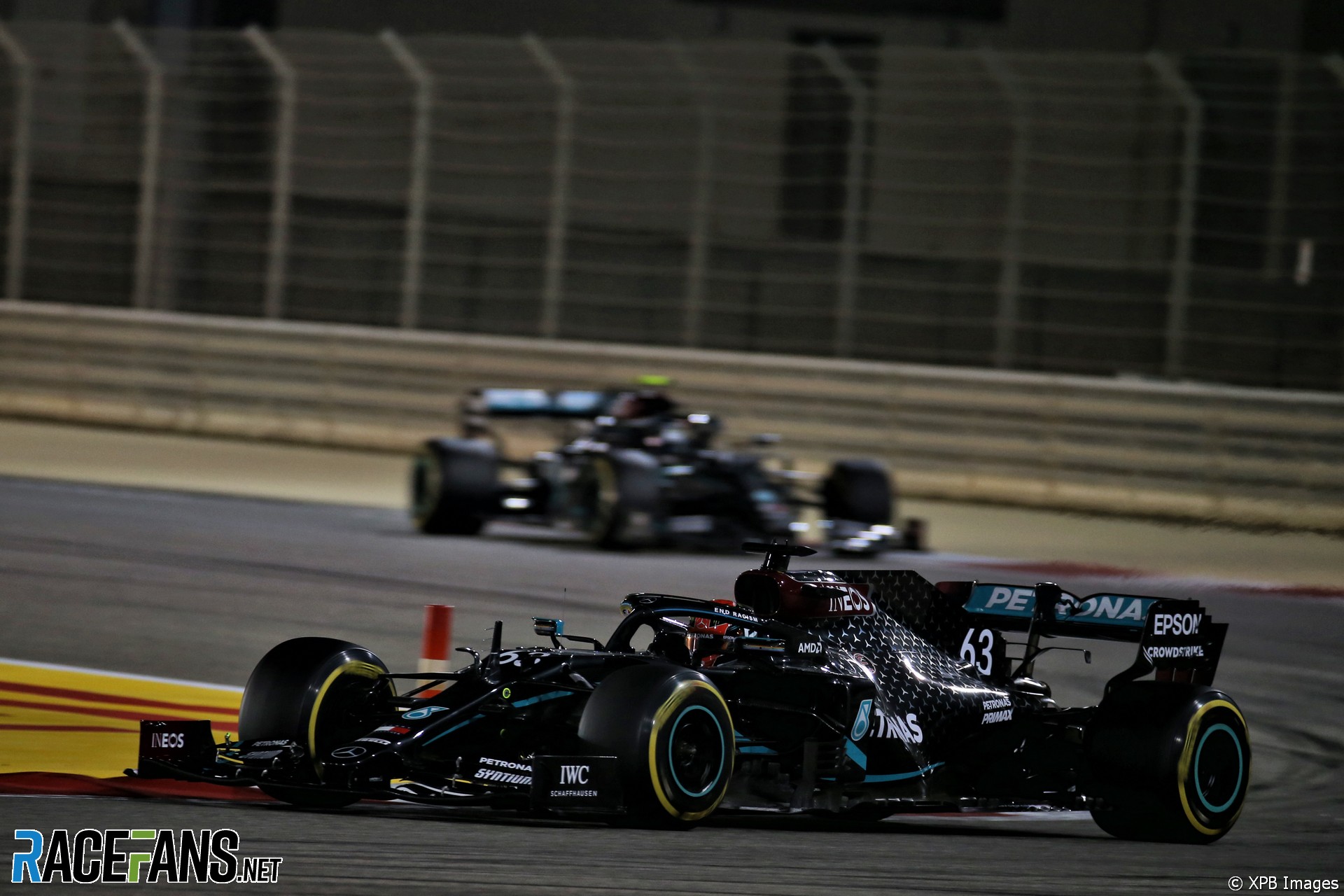 George Russell said chances to win the Sakhir Grand Prix were taken away from him twice after leading more than half of the race.

Russell took the lead from team mate Valtteri Bottas at the start. However his team fitted the wrong tyres to his car when he was brought into the pits on lap 62 during a Safety Car period, and had to bring him in a second time.

Having fallen to fifth, Russell worked his way back up to second place behind Sergio Perez. However a puncture forced him to pit again, and he took the chequered flag in ninth place.

“I can’t really put it into words to be honest,” said Russell. “Jumping out the car it wasn’t a nice feeling. I’ve had races where I’ve had victories taken away from me. But twice, I couldn’t believe it.”

Having led the race comfortably in the opening stages, Russell was confident he could have caught and passed Perez following his delay.

“I gave it everything I had,” he said. “I was managing the race at the start, I felt confident and comfortable in the opening laps, just managing the gap to Valtteri.

“Then obviously we had the muddle up in the pit stop, that put us on the back foot and I had to overtake. I think we still could have caught Sergio, we had such a tyre advantage, the car was so quick. I’m gutted but incredibly proud of what we achieved and happy to have had the opportunity.”

“The Safety Car came out seconds before I came into the pit lane and obviously we got the tyres muddled up.”

His misfortune meant Perez scored his first victory in Formula 1.

“I just want to say well done to Sergio,” said Russell. “He’s a great driver, he’s been in F1 a huge amount of time and he deserves a victory on his score sheet. Maybe not the one from today as I feel like that was probably our one but he deserves to have this victory.

“He’s never really had the car underneath him, the car he’s got this year is great and I’m happy he’s got that chance.”