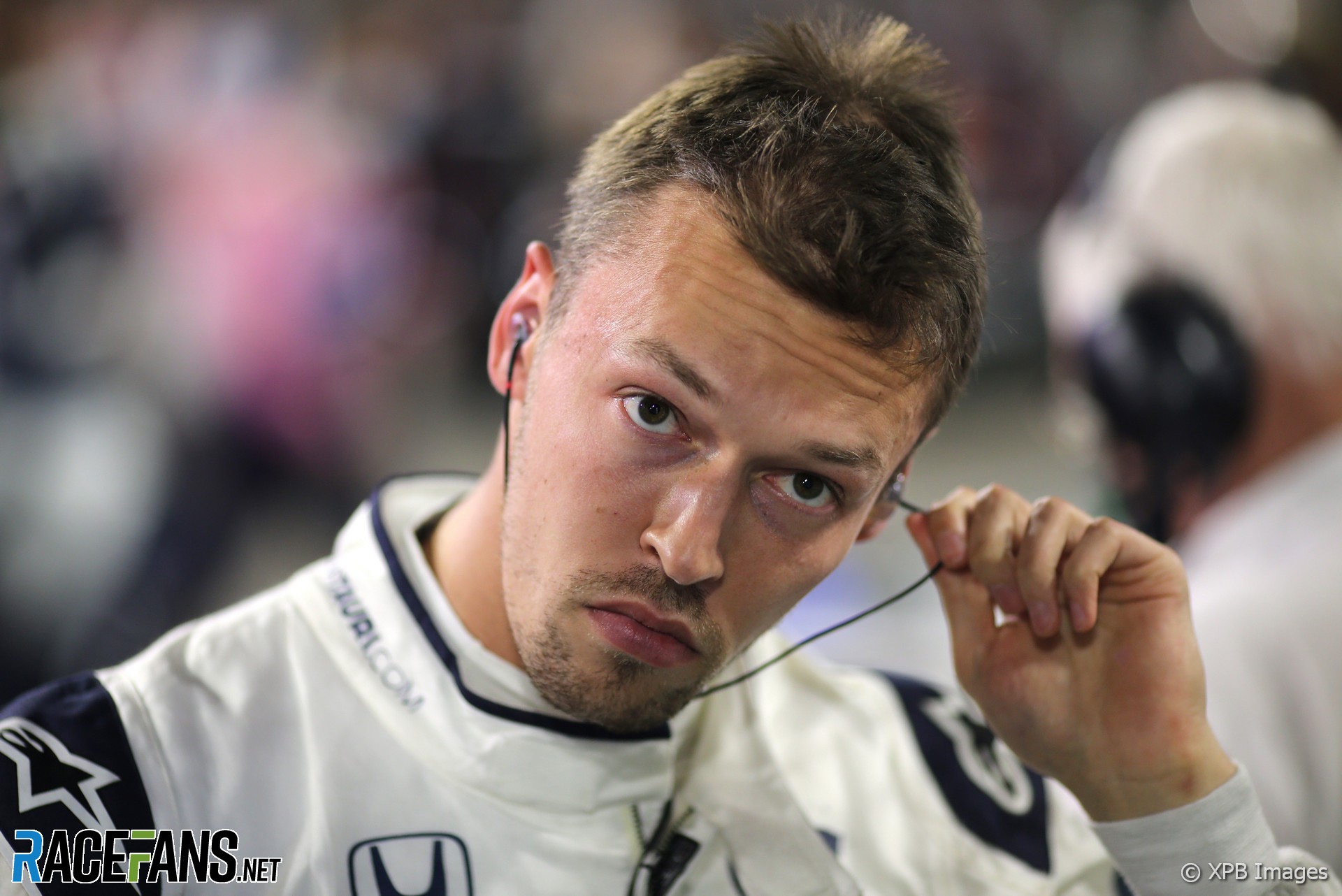 Daniil Kvyat expects he will not be on the grid for the 2021 F1 season and is hoping to return with another team in the future.

AlphaTauri confirmed earlier this year Kvyat’s team mate Pierre Gasly will drive for them again next year. However no role for Kvyat at the team has been announced.

Yuki Tsunoda, who finished the Formula 2 season as the highest-placed rookie last weekend, is widely expected to gain promotion to AlphaTauri in 2021. The 20-year-old, who is part of Red Bull’s Junior Team, tested an F1 car for the first time at Imola last month.

Kvyat equalled his second-best finish of the season with seventh place in yesterday’s Sakhir Grand Prix, but indicated he does not expect to be back in F1 next year.

“It’s a tough sport,” said Kvyat. “The competition here is tough, also the politics are in play. It’s normal, I can accept it after many years around here.

“It’s very good that I managed to show this very strong weekend now, at the end of the year, so that it’s fresh in people’s memory and I can have a go to come back with somebody in 2022.

“I still feel like I have a lot to give to Formula 1. I know that if an opportunity comes I will be able to fight for a world championship, that’s for sure. So it’s just about timing. Sometimes timing was great in my career. Sometimes it was very poor.”

Kvyat ran as high as fifth in yesterday’s race but slipped back after making a pit stop shortly before the final Safety Car period, which allowed others to get ahead of him.

“Unfortunately the luck wasn’t there,” said Kvyat on Sunday evening. “Just the timing. Not luck, even, just timing. Some other guys, they risked, we didn’t even have a chance to risk, really. We had to follow our plan.

“Of course, when you see Racing Point winning and Renault on the podium and we know we’ve been quicker or there with them, I feel a bit disappointed in a way not to be there, not to have opportunities to fight for it. But we did everything right. It was one of those days where it just didn’t work but we still did a solid job to bring home solid points.”

Tsunoda won last weekend’s Formula 2 feature race from pole position and added another podium finish in the final event. He ended the season third in the championship and won the Anthoine Hubert trophy for being the top rookie in the standings.