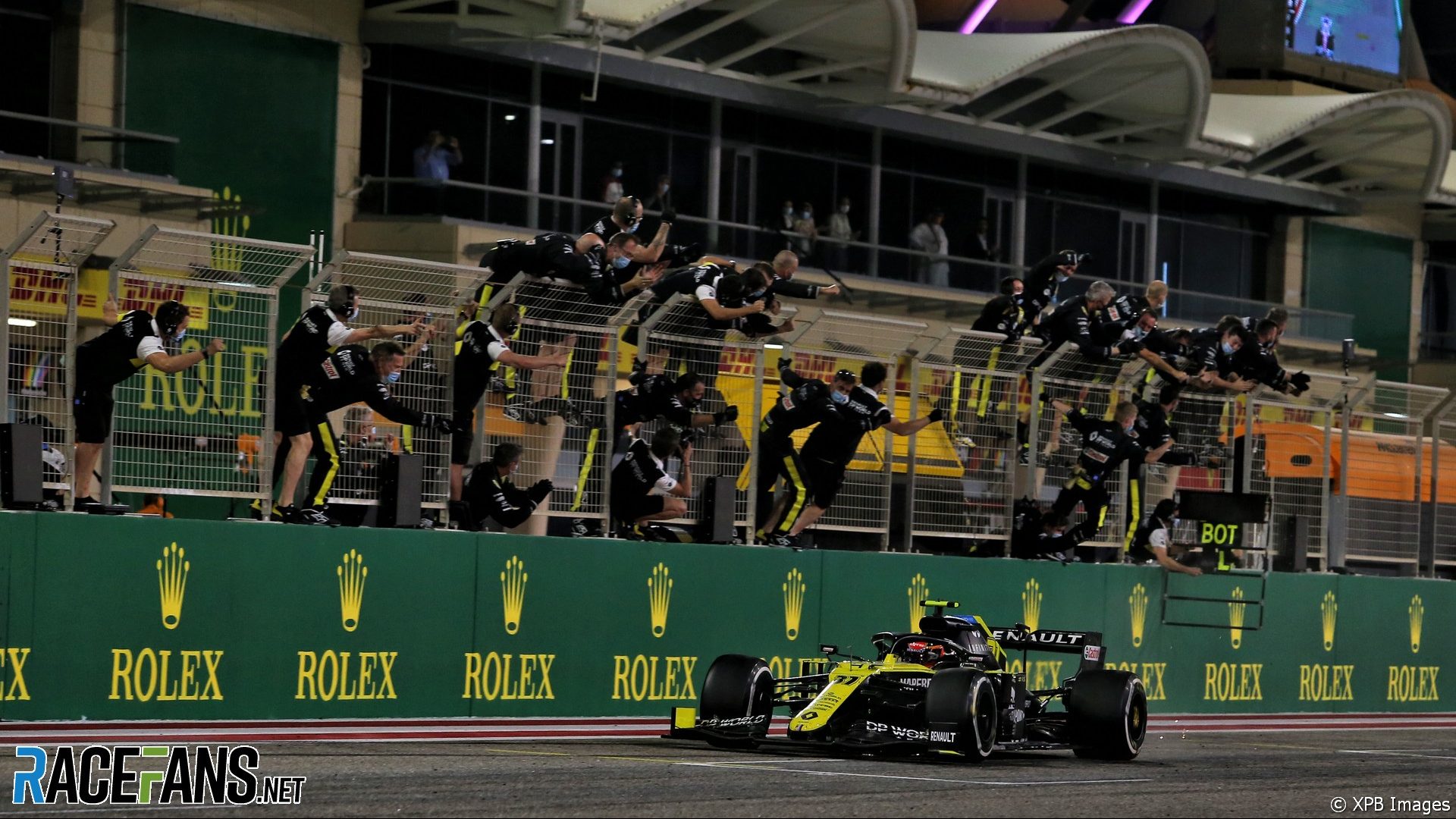 Esteban Ocon said his first podium finish in the Sakhir Grand Prix was an “awesome” result following the criticism he has faced over a difficult season since he returned to F1.

The Renault driver has been out-paced by team mate Daniel Ricciardo for much of the year. As well as taking his first podium, Ocon’s second place is Renault’s best result since they returned to F1 in 2016.

“It’s been awesome to get finally that result,” he said. “It’s not been easy but we were seeing that progress coming.

“It just didn’t always turn our way in the end and that’s what was frustrating in a way. Finally, it came. We always believed in ourselves, that’s the most important thing.”

Ocon came into the penultimate race trailling Ricciardo by 102 points to 42. He admitted finding it a challenge to cope with the criticism he has received at times.

“When you are not performing at the best in this sport, it’s something very difficult because you are getting critics. You are getting a lot of different things around you but the people around you who are important, they always support you.

“That has helped me a lot. The team has helped me to keep believing in myself and keep pushing. And today we did so, so very pleased with that.”

Ocon’s parents made significant financial sacrifices to support his junior racing career. “They must be unbelievably happy,” he said, “I hope – I didn’t have the chance to call them yet but as soon as we are done with everything, I will be spending good time with them.”

After making his F1 debut with Manor in 2016, Ocon spent two years at Force India, but lost his drive after the team was purchased by Lawrence Stroll, and turned into Racing Point. Having been backed by Mercedes, he spent a year as their reserve driver before joining Renault.

“[It was] a difficult journey to arrive here,” he said. “A lot of sacrifices from my early days. it was not easy to get into F1 and stop, last year, and not easy to get back in.

“I had a new team, strong team mate against me. We were seeing the progress, it was coming, but it never really paid off until today.”

Ocon finished behind his former team mate Perez and ahead of Lance Stroll, who he lost his seat to at the end of 2018, but remains on good terms with.

“It was such a cool race and congratulations to Checo, but also to Lance, my mate. We had a good fight together through turn four, it was good fun.”

“All the emotions that came when I crossed that line were unbelievable,” said Ocon, describing the experience of taking the chequered flag in second place. “I never cry, for anything. But I tell you today that the tears, they came and they came for good reasons of being happy.”