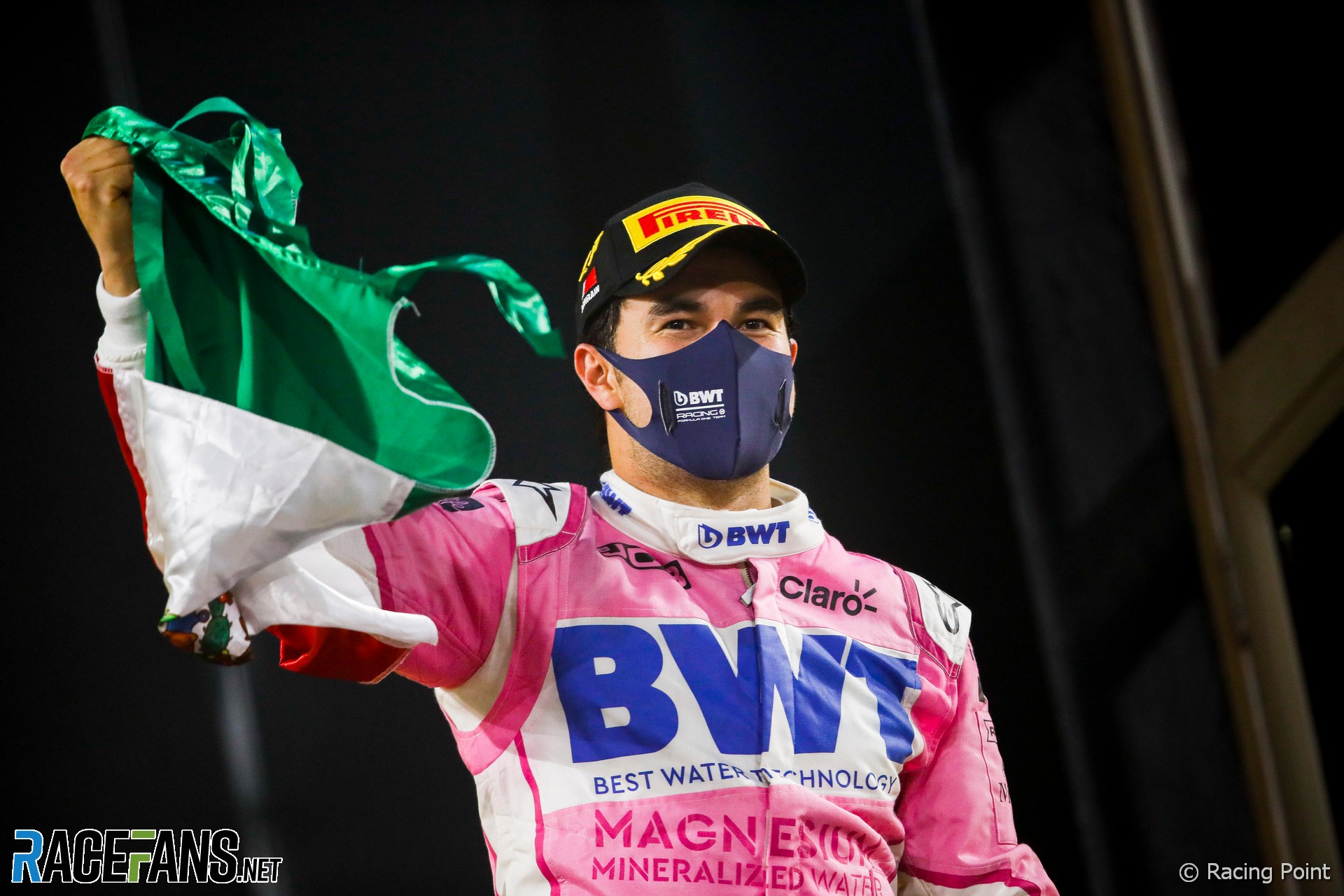 Racing Point co-owner Lawrence Stroll says he hopes Sergio Perez is offered a drive with Red Bull next year after leaving his team.

Perez, who signed a three-year deal with Racing Point last year, is being dropped by the team to make way for Sebastian Vettel in 2021. His best chance of remaining on the grid lies with Red Bull, who are considering a replacement for Alexander Albon.

Following Perez’s shock win in yesterday’s Sakhir Grand Prix, Stroll praised his outgoing driver and said he hopes he remains on the grid next year.

“Checo has been a fantastic asset,” he told Sky. “He’s been an asset for this team a long time before I’ve arrived.

“I think he most definitely proves every weekend he deserves to be in the car next year and I hope he’s in that Red Bull next year.”

Perez’s victory was the team’s first under the Racing Point name. It has had several previous identities including Force India (2008-2018), Spyker (2007) and Midland (2006). It scored its most recent victory under its original identity, Jordan, at the 2003 Brazilian Grand Prix with Giancarlo Fisichella.

Stroll hopes his team’s breakthrough victory is the first of many.

“What people forget is it already was a great team we purchased,” he said. “They were 400 guys, half the amount of staff of most of our competition, less than half of the budget, and they managed to finish a couple of years fourth in a row. So it shouldn’t come as a huge surprise that they’re able to accomplish this today.

78 comments on “‘Perez deserves Red Bull seat, I hope he gets it’ – Lawrence Stroll”