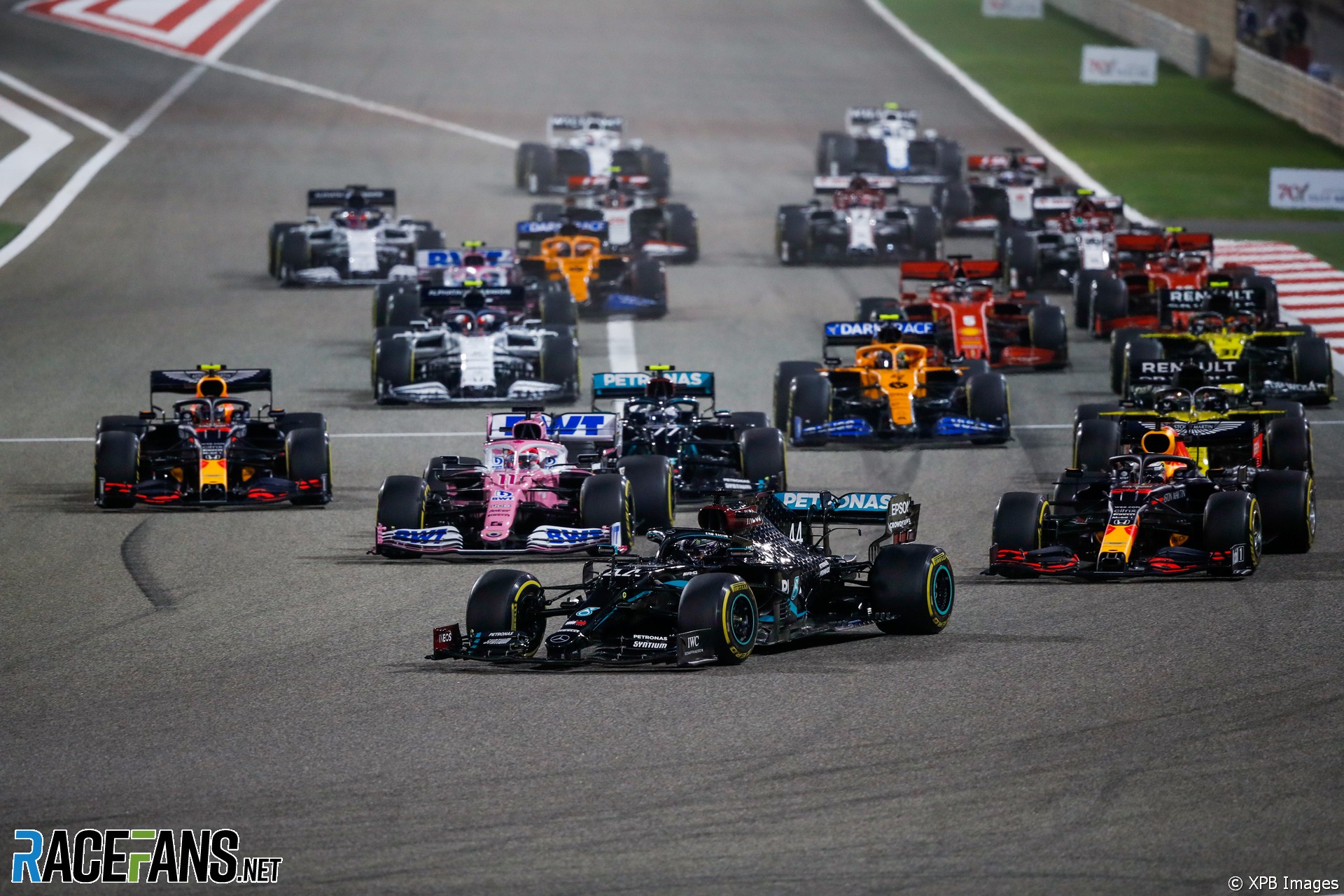 In the round-up: Lando Norris says he did his homework to make a start which propelled him from 19th to 10th at the start of the Sakhir Grand Prix.

Knowing he would start from the back row following a power unit penalty, Norris reviewed onboard videos to plot the best route through the field at the Sakhir Grand Prix:

[I made] a really good launch. I reviewed a lot of videos, probably every single onboard from last weekend for both starts, the first one and the one after the red flag, to try and figure out what’s the best line to do and where people generally try to go and so on.

So I did my homework and all of it paid off on the first lap and I was 10th. So things were looking very hopeful at that point.

But after, not so much; I struggled for pace throughout the race, not quick enough. I just had to try and hang on to 10th more than anything. I’m disappointed considering lap one was so good and there was all of a sudden a lot of potential. But after that, we didn’t have the pace to do anything else.

Here's the dramatic conclusion to the title fight between Arthur Leclerc and Gianluca Petecof in Formula Regional European at Vallelunga last weekend, after they went into the final race separated by just six points. pic.twitter.com/lbn0SldZL3

"On a wet track, the fight for the title is resolved a few minutes after the start of the race with Arthur Leclerc going off the track and on the gravel in an attempt to recover positions from last position, after the unfortunate qualifying. The exit of Leclerc offers the title on a silver plate to Gianluca Petecof (Prema Powerteam), fourth on the finish line."

"Formula 2’s latest race winner Jehan Daruvala picked up from where he left off in Sakhir, topping the first day of post-season testing. The Red Bull junior finished 0.106s faster than his Carlin teammate Dan Ticktum, while Louis Delétraz completed the top three with MP Motorsport."

Sainz: In his own words (McLaren)

"When my race was ended by the crash at the Safety Car restart, the easiest thing to do would have been to go to my room, lock myself in there and forget about the race until it had finished. But if there’s one thing I’ve learnt at McLaren, it’s how to be a better team player: to respect and help your colleagues wherever possible. "

"With F2 and F3 running on separate dates and separate circuits for the entirety of their 2021 schedules, it frees drivers to race in both series. Now this makes a lot of sense for drivers who can afford it; it’s two chances to earn FIA superlicence points in two of the series with the largest points allocations to give."

After Lewis Hamilton delivered a video message saying he’d returned to training to be in shape for the Abu Dhabi Grand Prix, BasCB weighs up how hard he’s likely to push himself to make a return:

In his video message he still looked a bit down on energy as well. Not too sure it’s a good idea to rush to Abu Dhabi.

But then, one just has to look at what Russell endured (chafed knees, bloody hands, bruised shoulders and painful feet) to get into the best car on the grid. And I am sure that if Grosjean hadn’t feared losing mobility in is hands longer-term, he would be driving that Haas regardless of the pain it would cause him on his hands.

I guess we’ll see whether Hamilton tests negative and gets airlifted to Abu Dhabi in time to race. Or maybe he’ll just attend the race in the garage. Or not at all.
BasCB