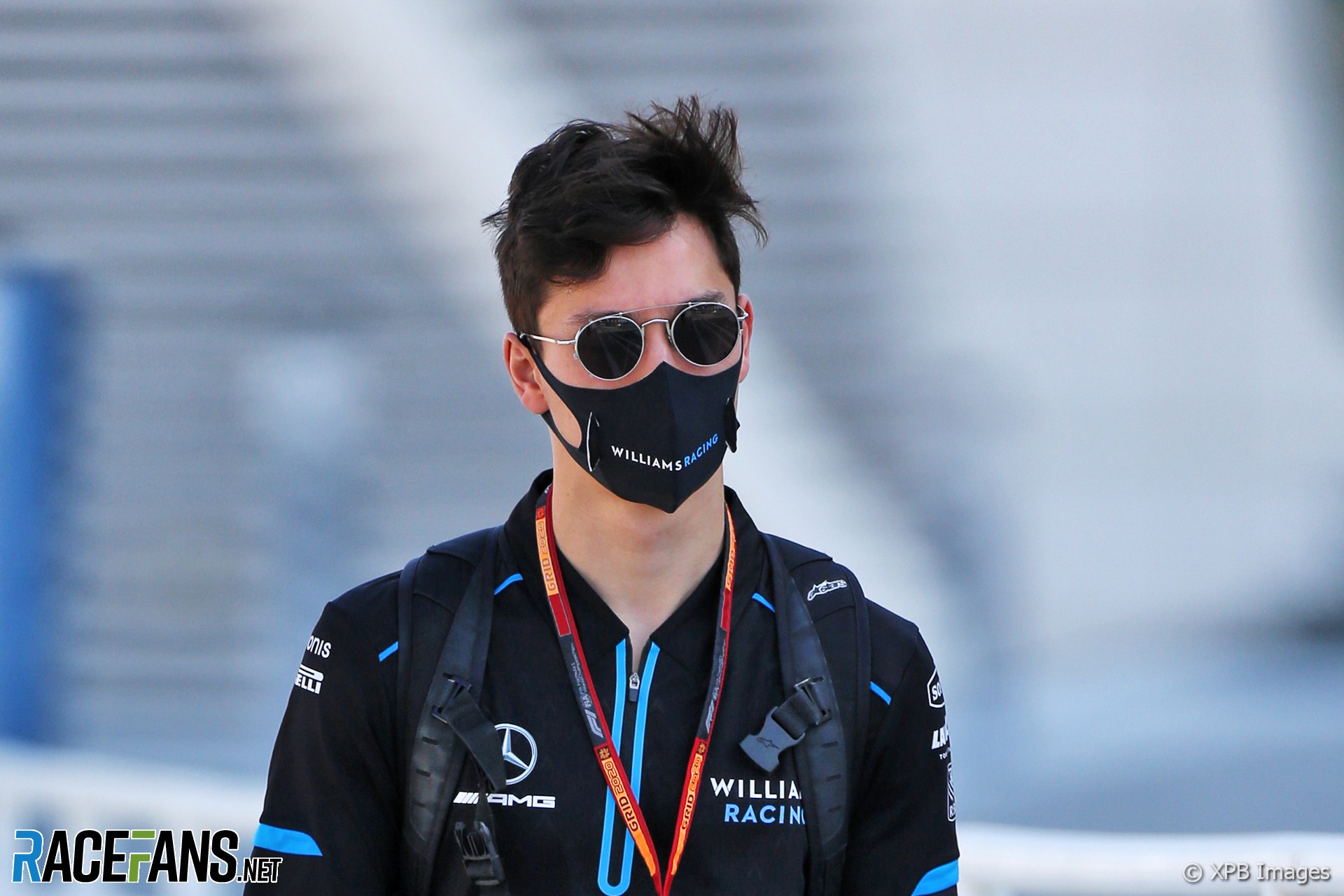 Jack Aitken says he can perform “even better” for Williams if he gets a chance to drive for them in this weekend’s Abu Dhabi Grand Prix.

The team’s reserve driver made his Formula 1 race debut in last week’s Sakhir Grand Prix as a substitute for George Russell. With Russell on standby to substitute for Lewis Hamilton again, if the Mercedes driver is unable to return this weekend, Aitken is waiting to learn if he will drive for Williams.

“We don’t know yet, it’s up to Mercedes and obviously Lewis’s recovery,” said Aitken in today’s FIA press conference. “I’m just waiting for confirmation either way.

“Obviously I would love to be in the car because I’ve made some big steps and this weekend would be even stronger. But really I just have to wait and listen to see what the confirmation will be.”

Aitken said he felt positive about his first weekend in the car despite losing time with a spin during the race.

“Immediately after I got out of the car on Sunday I was a little bit frustrated with myself because of the spin that I had,” he said. “But actually having had a bit of time to digest everything and move on, it was a pretty solid weekend.

“The pace came on a really long way from Friday. There was no test to get ready and sort everything out so I think I’m happy with how the weekend went as a whole. And having done everything once, should I have to do everything again, I’ll be even better I reckon.”

Having spent most of 2020 racing in Formula 2, Aitken said he was still getting used to the different driving style required by F1 machinery.

“Formula 1 cars nowadays are such complex machines,” he said. “On the whole that means they’re easier to drive because there’s a lot of systems working in the background to make the car better. It does mean that some things that are traditional in a normal single-seater don’t really apply to Formula 1 cars now.

“So, for example, in qualifying I lost a decent amount of time on my best lap – you see, I’m becoming a proper F1 driver already, here are the excuses – because when you overshoot a corner my natural instinct is to shift down more to get more engine braking, to pull the car in. And that doesn’t apply to these cars necessarily all the time. Sometimes the better thing to do is actually to hold the higher gear and you’ll get more rotation that way.

“Little things like that that are basically quirks of Formula 1 cars that I haven’t encountered before. It’s just a case of banking that knowledge and next time I won’t make that mistake.”