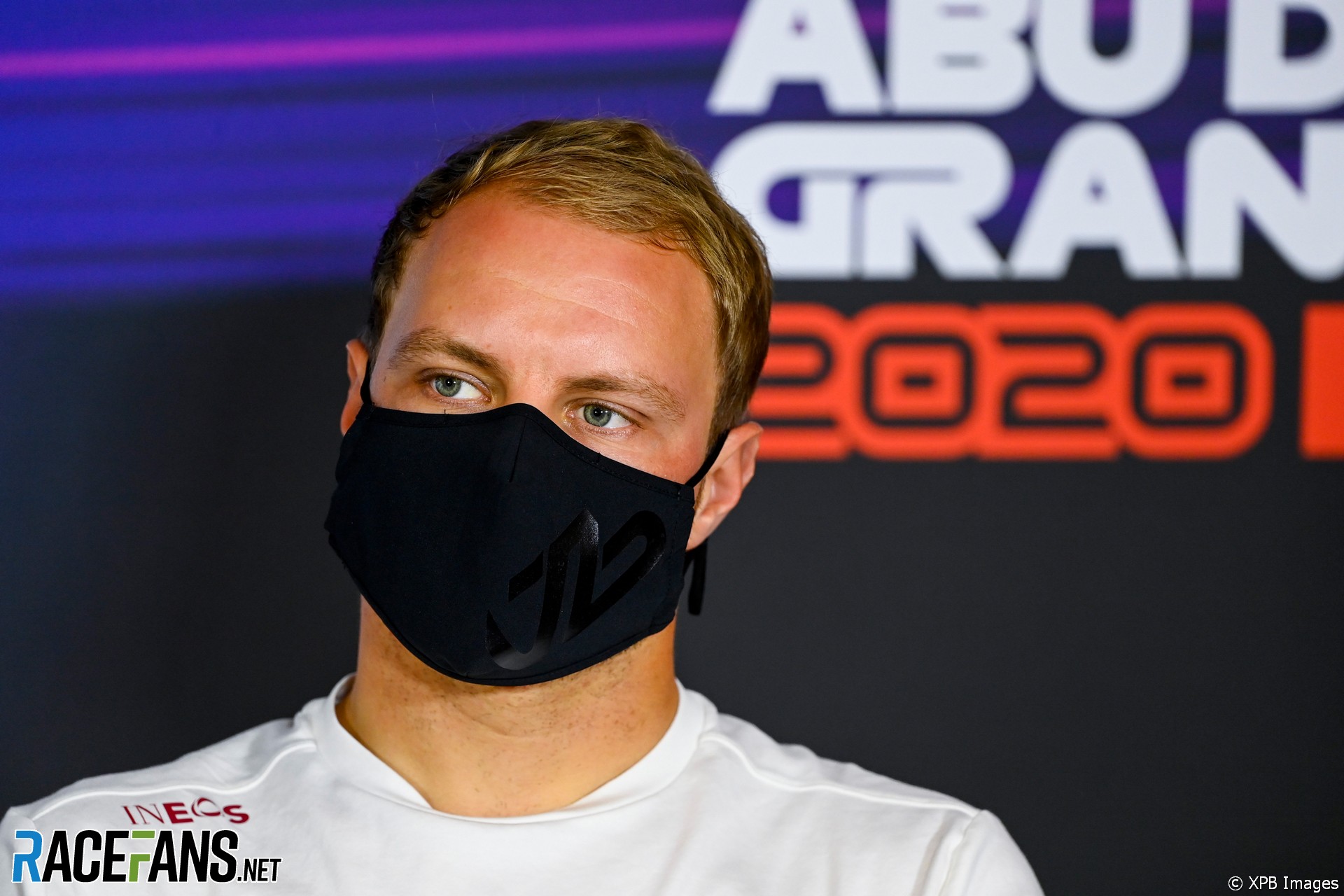 Valtteri Bottas says he avoided all coverage of his tough weekend in the Sakhir Grand Prix.

Bottas spent much of the race behind stand-in team mate George Russell and finished eighth after a botched pit stop left him on an old set of tyres, which he admitted risked making him look like a “fool”.

Speaking ahead of this weekend’s Abu Dhabi Grand Prix, Bottas described how he shut out all coverage of the last race.

“Obviously on Sunday, I got to deal with all the media and when you’re the driver having a bad race you have to deal with it and I did.

“I’ve learnt from the past that sometimes the best thing to do is then block everything, not to look at anything. So after Sunday, I really haven’t looked at a single headline or a single news article or social media. That’s the way sometimes you have to do it and it worked for me.”

The identity of Bottas’s team mate this weekend remains unknown, as Mercedes is waiting to learn whether Lewis Hamilton will test negative for Covid-19, which would allow him to return. Bottas says he feels ready for the season finale.

“I feel, again, full of energy for the new weekend and feel that I’m in a place that I can perform, that’s the main thing. I think every driver has their own ways to reset and get back up when you have a bad moment.”

Mercedes team principal Toto Wolff suggested last week that Bottas’s performance has a pattern of declining once a championship is decided. However Bottas, who has scored just eight points in the last three races, feels luck has been against him lately.

“All I can say is that since Imola, it’s been a run of really, really bad luck,” he said. “I can’t remember the last time when I was on the podium.

“Definitely I feel that I’ve not really been performing at my best in the last few races but of course I still try to extract everything I can. There’s many factors in this sport. Sometimes it’s luck, sometimes it’s what you do yourself in the car and outside the car.

“All I can say that I can do much better than – if you look at the last, I don’t know, four races on average – I feel that I need to do better.”