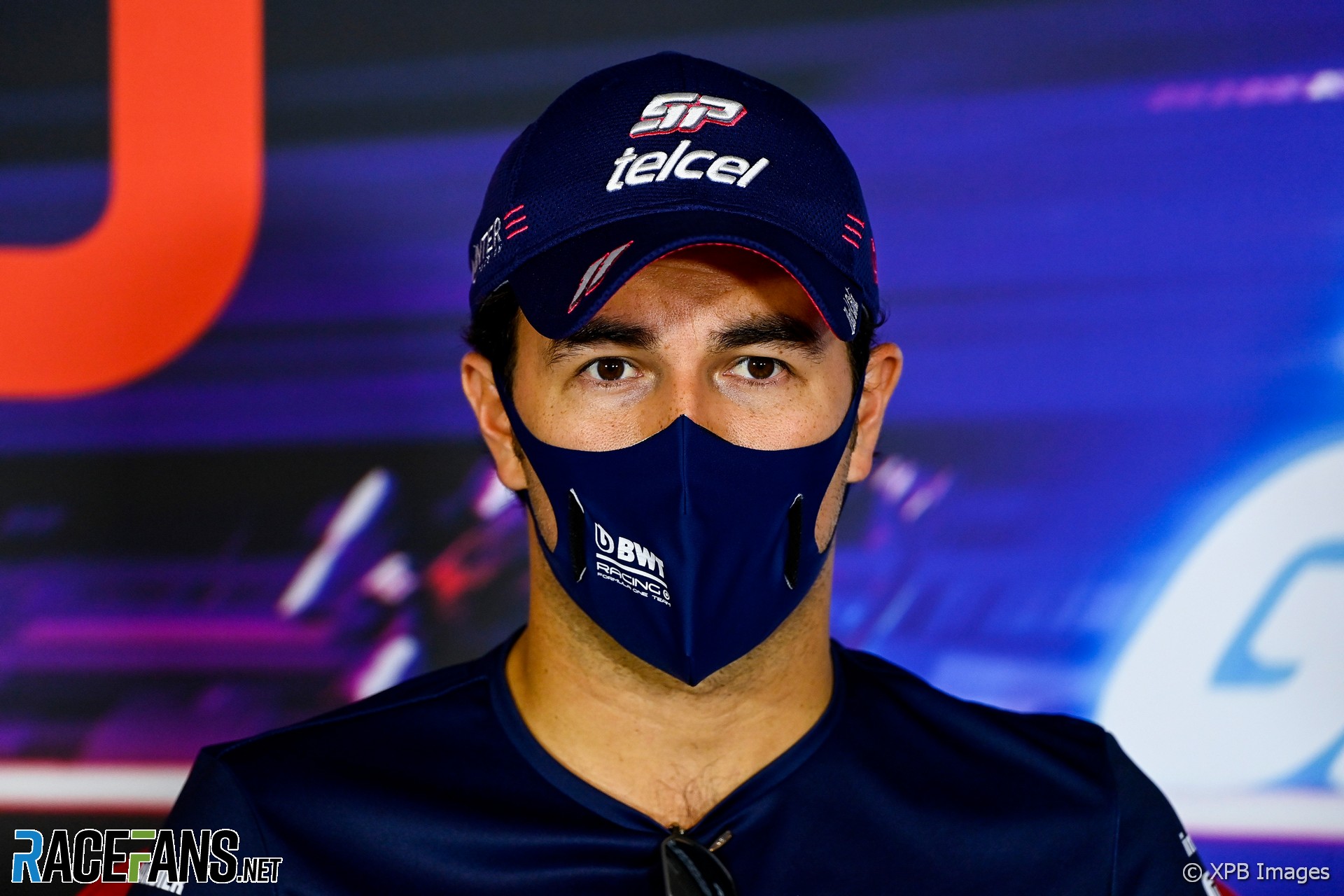 Sergio Perez doesn’t expect his breakthrough victory in the Sakhir Grand Prix will guarantee Red Bull pick him to drive for them next year.

Ahead of his final grand prix for Racing Point, Perez remains in the dark about whether he will have a drive for the 2021 F1 season. Red Bull are known to be considering him as a replacement for Alexander Albon, but will not make a decision until after this weekend’s race.

Asked whether his win last weekend will improve his chances of getting a drive with Red Bull next year, Perez said: “I’m a strong believer that in Formula 1 one race doesn’t really change your life.”

Perez says his ability as a driver is shown by his career performance “in the last 10 years, weekend after weekend, year by year, always having ups and downs but always coming to the year-end with strong results.”

“This year you’ve seen has been very up and down, missing two races with Covid in such a short championship, [losing] an engine when we had a podium in the pocket,” he continued. “So many missed opportunities and still we’re lying fourth in the drivers’ championship.”

Although Perez has known for several months that he will not drive for Racing Point next year, he praised the team and Lawrence Stroll for the improvements they’ve made this season.

“It’s been a strong year but also a lot of credit to the team because they gave me a car this year which I can show what I’m capable of. So that’s also something very special.

“And a big credit to Lawrence because when he came to the team, thanks to him, in a way, this victory came through because he has taken the whole team to a different level with the level of investment he’s done and I’ve been able to take advantage of that with that win.”

Perez admitted it is frustrating that his future is still unclear at such a late stage in the year.

“I’m in big peace with myself,” he said. “I’m not fully in control of my future at the moment. It’s something that bothers you, obviously, any human being in this position will struggle a bit.”

If he isn’t able to find a team to drive for next year, Perez intends to come back in 2022. “I definitely didn’t come to Formula 1 to win [one] race only,” he said in response to a question from RaceFans.

“So it’s very hard, only two drivers have that chance once a year. Being a world champion is very hard, if you don’t have a car with that calibre, you just have to make the most of your opportunities.

“The reason I am at peace with myself is because I think I’ve managed to do that with the level of machinery that I’ve had from my years. I definitely made the most out of it. I’ve had a lot of success in the sport considering the machinery I’ve had, year by year. That’s all you can do in the sport.

“If you don’t have a Mercedes, for example, you just have to do the maximum possible you can with the car and that’s what I’ve achieved in these years in the sport.”

Following Perez’s win Formula 1 motorsport director Ross Brawn said Sebastian Vettel will have “big shoes to fill” when he joins the team next year. Perez said he was surprised by the comment.

“I thought ‘big shoes to fill’ for a four-time world champion is hard to imagine versus a guy who’s just won a race.

“But in a way, that’s Formula 1. Titles and victories doesn’t mean a lot because it’s so much down to the level of car you have during your career.”

He predicted Racing Point will be strong contenders again in 2021. “I think Seb has taken a great decision,” said Perez. “He has come to a team of pure racers, to a team that he will definitely have a good time and he will enjoy.

“The most important is he will have some good fun and I have no doubt the team will be one of the strongest next year. He will definitely have a fantastic car.”