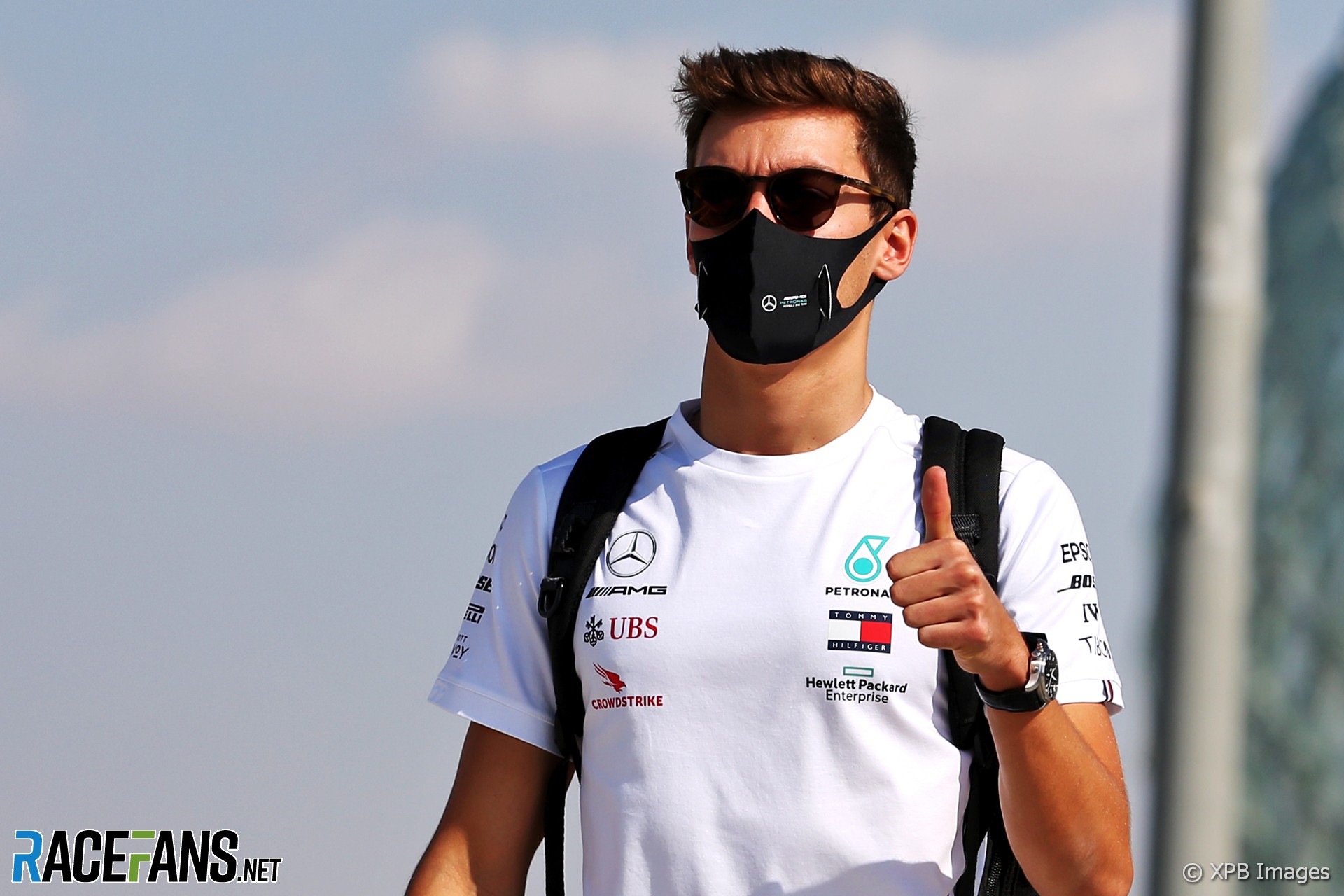 George Russell says he will drive for Williams next year despite speculation that his impressive debut for Mercedes last week could lead him to join the team next year.

Mercedes has already extended Valtteri Bottas’s contract for the 2021 F1 season and is expected to re-sign world champion Lewis Hamilton for next year.

Following last weekend’s race Russell said he hoped to give team principal Toto Wolff a “headache” over his 2021 driver line-up. But Russell said today that was a “throwaway remark in the heat of the moment, obviously emotions were high and what have you.”

“Ultimately I have a contract and I’m a Williams driver for 2021,” he added.

Russell led much of Sunday’s race before a pit stop error and puncture dropped him out of contention for victory. Rumours have surfaced since then suggesting Red Bull could make an move to sign the Mercedes junior driver.

However Russell would not be drawn on the claims when asked by RaceFans.

“My management is Mercedes,” he said. “I signed a deal with Mercedes back in 2016 and they are my managers. They invested in me, they put faith in me and that means a huge amount. I am committed to Mercedes so I’m happy and confident with my position under their guidance.”

He is waiting to learn whether the team will need him again this weekend as a replacement for Lewis Hamilton, who missed the previous race after testing positive for Covid-19.

“I’m unsure, to be honest,” he said. “We’re still waiting to get Lewis’s results back. For now we are going ahead as planned and if Lewis returns with a negative result he will be back in the car.”