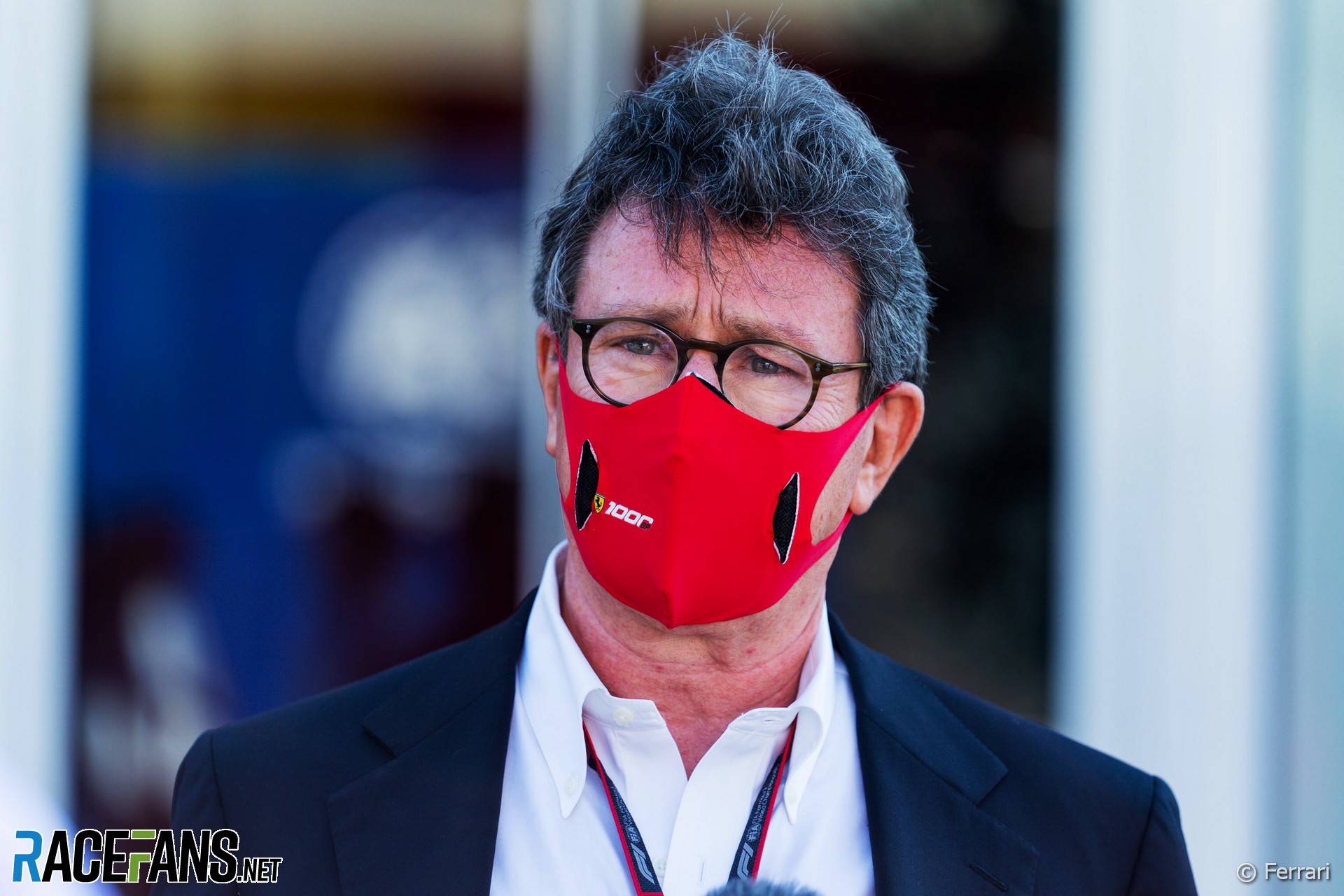 During Ferrari’s Luca Cordero di Montezemolo era there was absolutely no doubt who was boss of the legendary brand: smart, stylish, suave and sharp, the highly educated and Piedmont-born nobleman epitomised every aspect of Ferrari. He played his audiences – be they media members, Ferrari owners, sponsors or hordes of tifosi – to utter perfection, with multilingual quips and quotes invariably at the ready.

He had been born to the role, and delivered on every front: having been appointed head of the Scuderia in 1974 at the age of 27, he led Ferrari to its first Formula 1 title (with Niki Lauda) in a dozen years the following season. He then did the rounds of Italian business, overseeing Cinzano, holding increasingly senior roles at Fiat and chairing the 1990 football World Cup tournament and Italy’s Americas Cup entry before returning to Ferrari.

As president and CEO Montezemolo reorganised a company in chaos after the death in 1988 of its founder and rejuvenated the racing division through recruitment of the best in the business and letting them get on with it. A multi-national team, headed by Jean Todt, delivered a record-setting run of world championships via Michael Schumacher.

In 2014 Montezemolo was ousted by Sergio Marchionne. Sartorially Montezemolo’s polar opposite – the former donned a black jumper day in, day out – the Italo-Canadian was utterly ruthless, an industrialist of few words and fewer outward emotions. He had a habit of lighting new cigarettes from the butts of old, but is said to have given up the habit shortly before his untimely death.

A self-confessed ‘Capital Junkie’, Marchionne spun Ferrari out of the Fiat Chrysler Alliance – he headed both – albeit as a purveyor of luxury goods, not an automotive brand. It worked: Ferrari’s initial public offering (RACE) opened at $52 in October 2015; 30 months later the stock traded at triple that. Marchionne’s plan was to retire from Fiat in March 2019, then devote his twilight years to Ferrari as hands-on president and CEO.

As with Montezemolo there were no doubts who was boss, with numerous tales attesting to his biting tongue. His take-no-prisoners debating style was rarely bettered and his withering look disarmed dissenters. ‘Steely’ best summed up this arch-typical alpha male who had gotten the better of Montezemolo. But, in July 2018, Marchionne passed away unexpectedly from post-surgery complications.

John Elkann, Agnelli scion and chairman of Ferrari and Fiat parent Exor, reflexively parachuted in tobacco baron Louis C Camilleri – who, as top man of the Scuderia’s title partner and principal sponsor Philip Morris (Marlboro and Mission Winnow), sat on Ferrari’s board – initially in an acting CEO position. However, the Ferrari board later ratified a permanent appointment.

There are no doubts that the Egyptian-born Maltese was a capable fast-moving goods executive, having worked his way up to the top Philip Morris office via a series of food and tobacco industry appointments. He is highly spoken of by those in the know and no doubt performed a superb support role on Ferrari’s board. That said, discussions about Camilleri with F1 and auto folk are generally qualified with a whispered “but…”

The perception was that his appointment was fortunate rather than fought for, and that he knew it. Where Montezemolo and Marchionne were car guys he was a caricature of ‘Marlboro Man’. Whenever I saw Camilleri in the F1 paddock, at motor shows or on TV he appeared ill at ease; indeed, I oft wondered where the boss was. It could not last: On Friday Camilleri announced his retirement, citing “personal reasons”.

Under his tenure Ferrari appears to have gone ‘soft’ – on the road car side and in F1. Would Montezemolo or Marchionne have so sanguinely accepted their slump to sixth in the 2020 championship? Would they so readily have acceded to regulatory amendments that severely impact on Ferrari, more so than other teams? The word is Marchionne more often threatened use of Ferrari’s veto than all his predecessors combined, yet Camilleri did so not once.

There are also questions hanging over the deliverability of Ferrari’s future profit targets and model line-up at a time when the entire motor industry is undergoing unprecedented change. The Purosangue sports utility vehicle, designed to push volumes beyond 10,000 units per year without diluting model exclusivity, has been pushed out a year – a decision taken before Covid-19 struck – which will surely hit profit targets.

Even cash-strapped Aston Martin delivered its 4×4 DBX on time. Racing Point, under common majority ownership and to be renamed the Aston Martin F1 Team, is on target to finish third in this year’s championship. Daimler recently upped its stake in the James Bond brand to 20%.

Elsewhere Lamborghini is going great guns – via VW Group technologies – while former Ferrari sister brand Maserati, under the FCA umbrella, has just launched a mid-engined supercar. Having been cut loose from Fiat, Ferrari has no such familial ties.

True, despite the ravaging effects of Covid-19, Ferrari’s share price rose 50% in the 30 months of Camilleri’s stewardship, but the flipside is that it spiked briefly when news of his resignation broke – an indicator of market perceptions. Harsh maybe, but Camilleri is unlikely to be missed by Ferrari in the longer term.

Ferrari sources told RaceFans that he had recently been hospitalised in New York after suffering a serious bout of Covid-19, which led him to re-assess his lifestyle. He simultaneously resigned from both his Ferrari and Philip Morris duties. That said, he had started winding down before Ferrari called urgently, and the gig had not formed part of a wider career plan; any wonder he has now decided to step back at the age of 65?

The question facing Elkann is whom to appoint as replacement. The decision could not tax his mind at a more pressing time: Not only is the internal combustion engine – of which Ferrari is a leading proponent – under siege, but FCA is on the brink of merging with PSA (Peugeot/Citroen/Opel). EU approval has been granted, with Elkann slated to be chairman of what will be the world’s fourth-largest automaker, trading as Stellantis.

This leaves Ferrari team principal Mattia Binotto in an invidious position: Against a background of what is likely to be Ferrari’s worst championship result in four decades his immediate superior is now two levels removed and embroiled in bigger things than the Scuderia. Some massive decisions, such as restructuring the team in the face of the budget cap, need to be taken and a number of these will require approval.

The issue, though, is that there is no clear-cut succession plan. Incoming F1 boss Stefano Domenicali had an illustrious career with the Scuderia before being treated shabbily and cut loose in 2014. He subsequently joined Lamborghini, where his role as CEO is hallmarked by a doubling of sales and the introduction of the Urus SUV. He is said to have been previously offered the Ferrari gig, but declined firmly.

“Stefano is joining Formula 1 on the 1st of January and is looking forward to this new and exciting challenge,” an F1 spokesperson told RaceFans. “Any rumour or speculation otherwise is wrong.” After all, why should he consider going back when he can look forward?

Another potential F1 candidate is Mercedes F1 boss Toto Wolff, who lost out to Domenicali in the race for F1’s top job, but Elkann is said to have been annoyed by comments made by the Austrian during the Ferrari fuel flow controversy, so an enormous amount of water needs to flow under that bridge. Thus Elkann will need to go head-hunting – a long and laborious process that usually entails gardening leave.

There appears to be no quick fix in sight.

9 comments on “Analysis: Why there is no quick fix for Ferrari’s latest major setback”