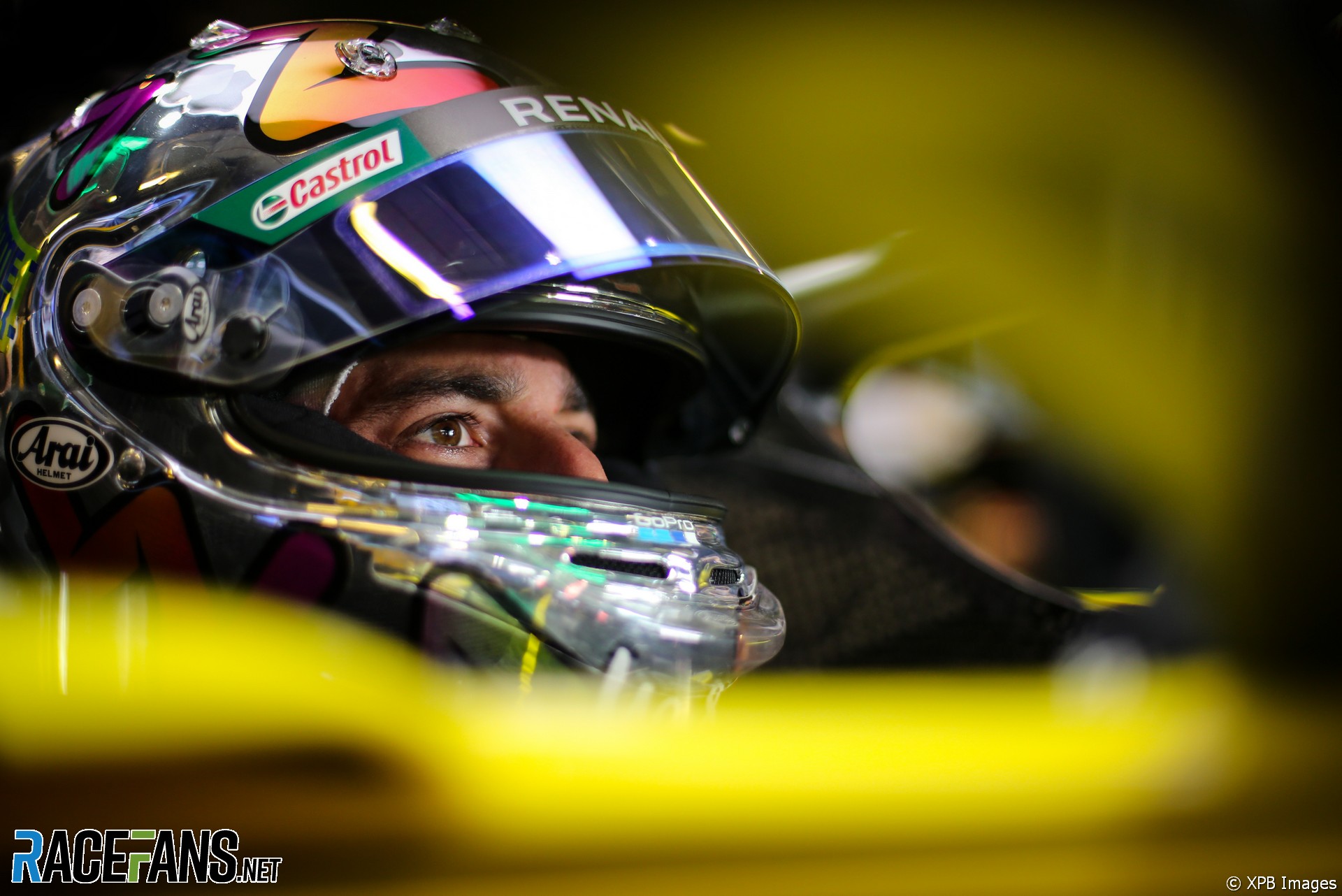 In the round-up: In his final weekend with the team, Daniel Ricciardo was disappointed by Renault’s performance in qualifying after the RS20s looked competitive in practice.

Ricciardo qualified 12th, one place behind team mate Esteban Ocon, as neither made the cut for Q3:

Obviously it’s the last one with the team, 12th isn’t one to remember unfortunately. But I think even taking the sentimental value out of qualifying, it was just an unpleasant surprise.

We had really good pace this morning and we thought we would have a bit more to show and we really thought we could fight for top five in quali but we didn’t.

We just had the debrief, I’m not really sure we know the full picture yet. We’ll obviously look into it. But there’s nothing that’s strikingly obvious, we didn’t mess up, so to speak.

Well, I now have an easy answer to the question "what's the wettest race you've ever covered" that was insane, but brilliant. #Kyalami9H pic.twitter.com/HwL5e5beZO

"Owners of Silverstone, the British Racing Drivers’ Club (BRDC), felt this unique honour was an appropriate way to recognise Lewis cementing his position as the most successful driver in the history of Formula 1, at the end of a remarkable season in which he equalled Michael Schumacher’s seven world championships and surpassed the German legend’s total number of race wins."

Sergio Perez: "My fresh powertrain is a couple of tenths per lap quicker than those towards the end of their life, which should be of big benefit in the race."

Nicholas Latifi: "There was quite a big queue on my second set in the last sector to start the lap, everyone was going excessively slow to try and get their gap and the tyre surface temperatures must have dropped quite low."

Pietro Fittipaldi: "We were trying to do three runs in Q1 and when I came in after my first run I got called to the FIA weighbridge. We lost a lot of time there and we were just trying to catch up after."

Ferrari's Camilleri will be a hard act to follow (Reuters)

"The forthcoming campaign - Formula E's first as an FIA World Championship - will mark Nico Mueller's second in the series, and the Swiss forms a key component of team boss Jay Penske's long-term strategy to bring his team back to the front of the most competitive grid in international motorsport."

"WA Police Force are responding to an alleged shooting at the Perth Motorplex in Kwinana that happened just after 8:30 this evening."

Hamilton: The exceptional kid who conquered the world (BBC)

"He once tried an impossible move into the first corner at Fullbeck circuit. It looked like a brain-dead move but the other guys were out of his way by the time he got there. They didn't know he was coming but he had read it."

@BasCB assesses the three-way fight for third place in the constructors’ championship, and whether Alexander Albon can help Max Verstappen take victory:

It is quite clearly a good battle for third in the championship. The team in the lead is in the worst position (Stroll on used softs in striking distance of the Renaults, Perez starting from the back of the grid) for the race. Renault, the last in the trio is very well positioned with the new tyres and looking likely to jump quite a chunk of the cars ahead due to that (I think Norris or Albon might be just out of reach, depending on their starts, while Sainz has mediums that should help him keep ahead as well) and McLaren looks like being in the best position, but on the other hand, it remains to be seen whether they can capitalise on that strong position.

I personally rather expect Albon to lose out in the first lap. And then drop back a bit, while Mercedes will surely undercut Verstappen with Bottas, unless there is an upset that forces them to do that with Hamilton to try and get back in podium position. Will be interesting to see that stat play out. And see whether Bottas can challenge Verstappen.
@BasCB