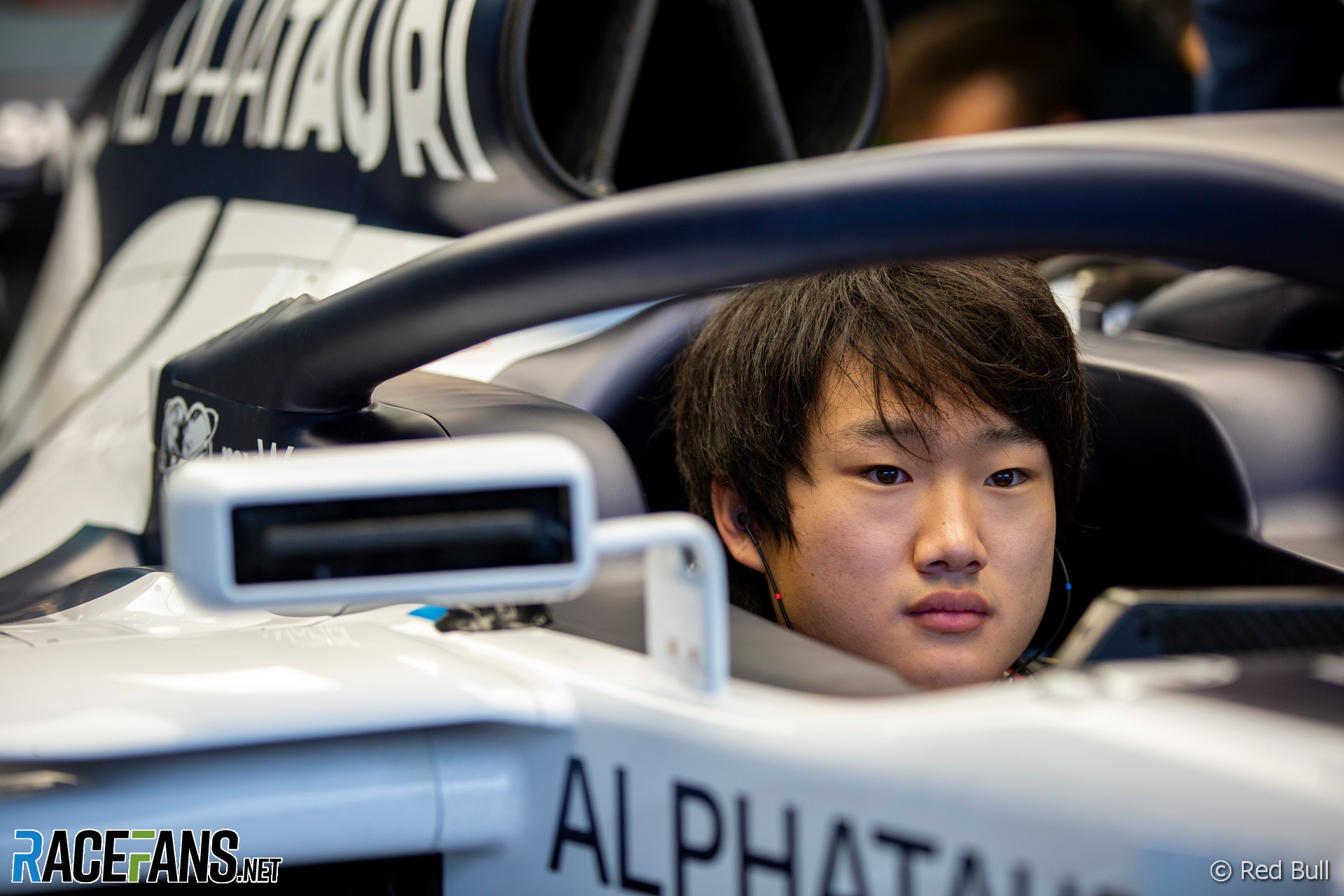 AlphaTauri has confirmed Yuki Tsunoda will replace Daniil Kvyat in their line-up for the 2021 F1 season.

Tsunoda, 20, was the top-scoring rookie in this year’s Formula 2 championship. He finished the season third overall, 15 points behind champion Mick Schumacher, who will also graduate to F1 with next year with Haas.

“Red Bull has been following Yuki’s career for a while now and I am sure he will be a great asset to our team,” said team principal Franz Tost. “Watching him in Formula 2 this year, he has demonstrated the right mix of racing aggression and good technical understanding.”

Tsunoda tested one of the team’s two-year-old cars at Imola in October. In yesterday’s young drivers test at Yas Marina he had his first chance to sample the car Kvyat and Pierre Gasly raced this year.

“During the test in Imola in November when he drove our 2018 car, his lap times were very consistent over a race simulation, he progressed throughout the day and gave our engineers useful feedback,” recalled Tost. “In addition, his integration with the Honda engineers has been seamless, which certainly helps.

“At the test in Abu Dhabi this week, he proved to be a fast learner and that he is ready to make the step to Formula 1.”

Tsunoda won Japan’s Formula 4 championship in 2018 and has spent the last two seasons racing in European-based series. He has enjoyed the backing of Red Bull and its engine supplier Honda on his way to F1.

“I want to thank Scuderia AlphaTauri, Red Bull and Dr Marko for giving me this opportunity, and of course everyone from Honda, for all their support so far in my career, giving me great opportunities to race in Europe,” he said. “I must also thank the teams that I have raced with to get to this point, particularly Carlin, with whom I have learned so much this year.

“I realise that I will be carrying the hopes of a lot of Japanese F1 fans next year and I will be doing my best for them too.”

AlphaTauri’s latest promotion from the Red Bull Junior Team means Kvyat will be left without a seat for next year. He is the team’s longest-serving driver in its guises as Toro Rosso and AlphaTauri, having made his F1 debut with them in 2014.