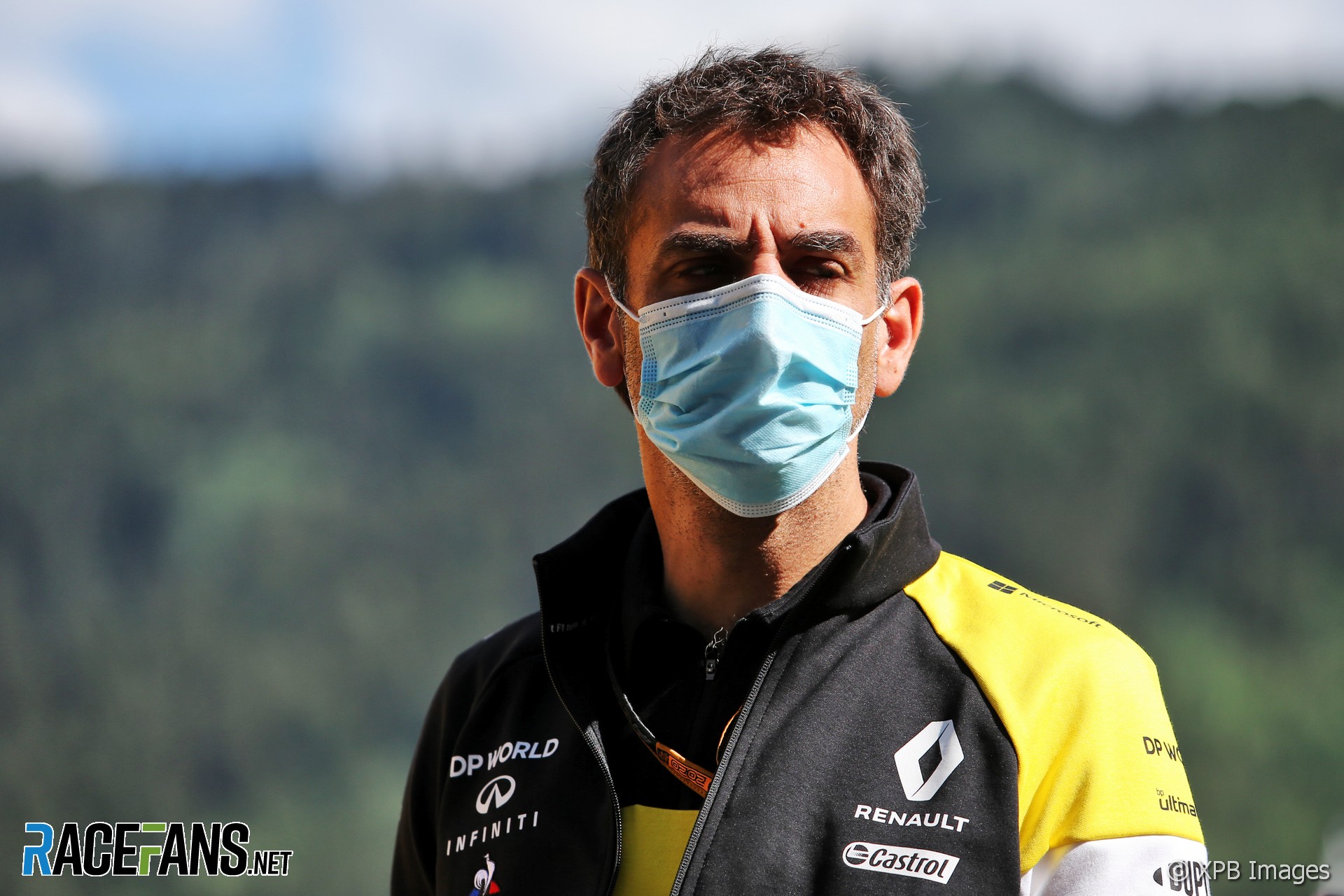 The rate and pace of change at Groupe Renault has been nothing short of breath-taking since former Seat CEO Luca de Meo (also an ex-Fiat head honcho, who brought the 500 to market) assumed the top job in July.

In six months he has formulated plans to save €2.5 billion (£2.2bn) by 2023 by restructuring the group into three business units – Dacia, Renault and Alpine – and reducing platforms and powertrain families to three and four respectively. He plans to cut payroll by up to 15,000 heads as the company chases margin rather volume, as did his predecessor, the scandal-hit Carlos Ghosn now seeking refuge in Lebanon.

De Meo has also signed off a continuation of the F1 programme albeit, significantly, under Alpine branding, as revealed by RaceFans last year. Add that he also agreed a joint venture with Chinese-owned Lotus for an electric supercar range and the extent of de Meo’s plans become clear.

Were it not for de Meo’s track record at Seat, Fiat and Toyota Europe his plans, unveiled yesterday in a video presentation rather cornily dubbed ‘Renaulution’, could well be scoffed at as being unattainable. As it is, achieving the targets, one of which is that motorsport becomes a profitable division within Alpine, requires enormous resolve from management, employees and stakeholders alike.

In the process de Meo has restructured the F1 team, which now reports to new Alpine CEO Laurent Rossi, who returned to Renault as strategy and business development director after a spell as consultant. His latest role, announced last week simultaneously with the departure of Cyril Abiteboul – most recently Renault F1 team boss – took F1 by surprise as Abiteboul had been charged with leading Alpine’s restructure when it was announced last September.

Although a direct replacement for Abiteboul has yet to be confirmed, the smart money is on (ex-FIA) team executive director Marcin Budkowski, who was recently nominated as director of the F1 operating company, taking Abiteboul’s place as the most senior F1 executive. Former Suzuki Moto GP team principal Davide Brivio, who has a championship-winning CV in two-wheeled racing, is said to be earmarked for the top sporting role.

Brivio’s appointment, if confirmed, makes for an intriguing experiment in skills transfer. While the basics of the job – i.e. strategic, tactical and executive management – are to all intents and purposes the same as in Moto GP, the politics and complexities of F1 are, as a number of ‘outsiders’ who have transferred to it from other global categories have remarked, several notches higher.

Indeed, one figure who worked in world rallying for many years at the height of the manufacturer era, once confided he had learned more about motorsport politics during a single season of F1 than his 15 years in the WRC. His sentiments are echoed by folk with experience in other categories.

Brivio came into de Meo’s orbit while boss of the Fiat-sponsored Yamaha Moto GP team from 2007 to 2010. De Meo at the time explained that Moto GP facilitated access to a younger car-buying demographic than F1. That snippet provides an insight into de Meo’s thought process, and he was clearly impressed by Brivio’s modus operandi for the partnership won three world titles, including two with Valentino Rossi.

A source working across F1 and Moto GP recalls an introduction to Brivio and de Meo while with Stefano Domenicali, then Ferrari team boss and now F1 president and CEO. Clearly former motorcycle scribe Brivio is well-connected: De Meo and Domenicali were colleagues at Fiat/Ferrari and Seat/Lamborghini respectively, and the former is said to have helped secure F1’s top role for the latter. Don’t underestimate De Meo’s network.

It will be fascinating to see how Brivio fares. In particular, managing Fernando Alonso is no easy task, as a raft of team principals ranging from Ron Dennis through Flavio Briatore and Domenicali to Eric Boullier can attest. All four left their roles while the twice-champion raced for them.

Paddock humour has it that it took Alonso, who returned to Renault after an F1 sabbatical, less than a fortnight to add Abiteboul to his ‘hit list’. Jokes aside, why did Abiteboul leave Renault, having worked for the group (apart from a brief Renault-approved spell at Caterham) since graduating in 2002? Was he pushed or did he jump?

Renault insiders have it that de Meo is weeding out Ghosn loyalists, but there could be a more pragmatic explanation and it starts with a capital S: Stellantis, the alliance between Fiat Chrysler Automobiles and PSA (Peugeot, Citroen, Opel).

Following the approval of its merger last week, Stellantis is the world’s fourth-largest automaker and is headed by Carlos Tavares, the former Renault number two, whose departure was linked to his ambitions of succeeding Ghosn. The hobby racer (in classic single seaters) has since overhauled Peugeot and Citroën, founded DS and returned Opel and Vauxhall to profit for the first time in decades. He is said to be investigating an F1 project via Alfa Romeo – who brand Sauber’s F1 entry – or Maserati.

Could Tavares have recruited his former Renault F1 colleague to head up the project? Time will tell, but sources are adamant that outsiders are suddenly poring over Sauber’s books.