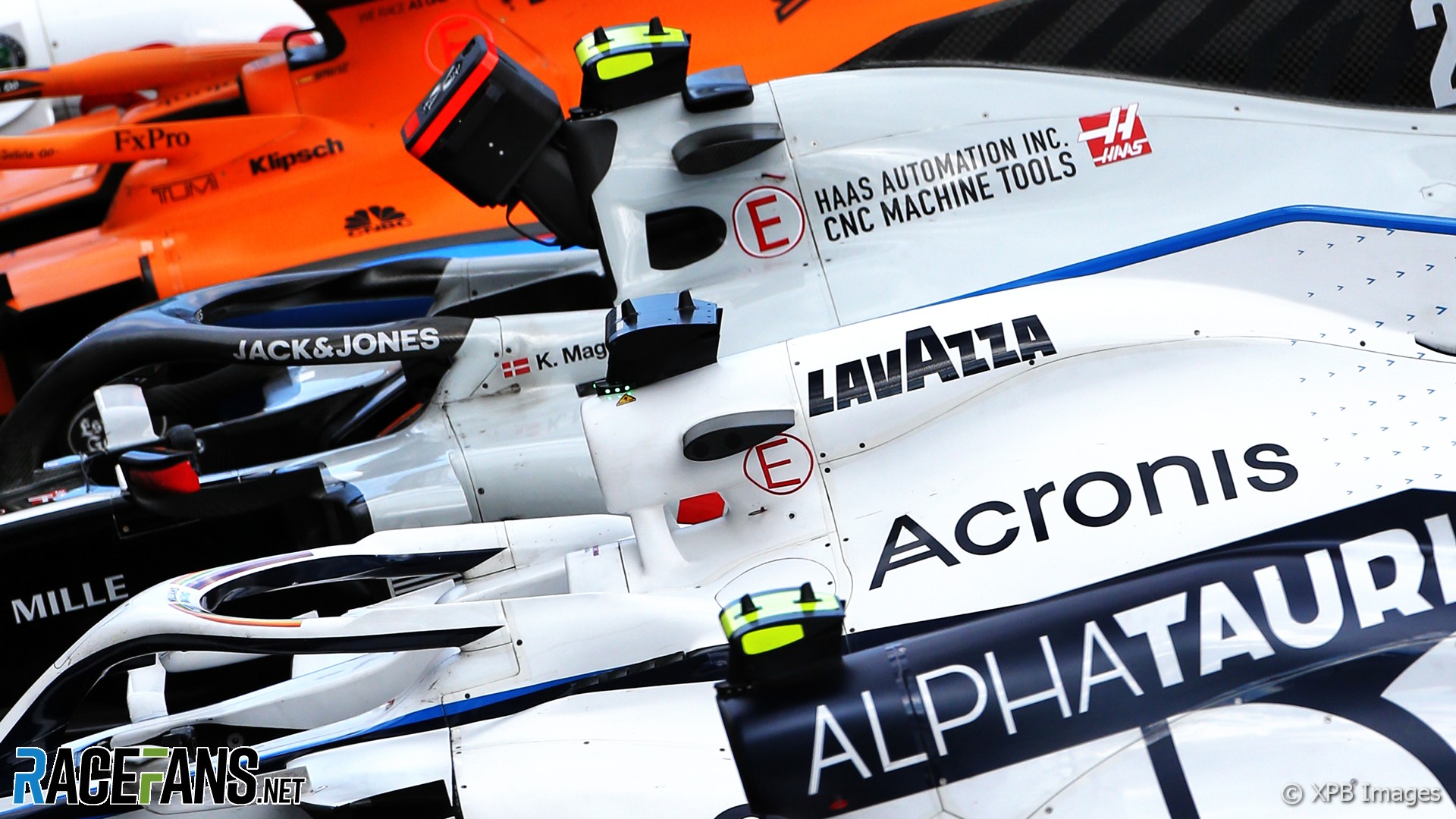 During his first press call since taking over as Formula 1’s new CEO, Stefano Domenicali confirmed that the $200 million (£146m) ‘anti-dilution fee’ payable by new teams could be waived in certain situations.

Speaking in response to a question from RaceFans, Domenicali indicated a waiver could be applied in “cases that need to go deeper into the discussion without that money.”

The fee, first revealed by RaceFans in September 2019, is designed to compensate existing teams for losses of earnings under the sport’s new revenue structure which rewards all teams, rather than only those that place in the top 10 for at least two years out of three. New entrants would take team tally beyond 10 and under the revised rules all teams receive pay-outs – potentially reducing individual teams’ earnings by 9% (11 teams) and 16% (12).

However Domenicali, who was Ferrari’s team boss from 2007 to early 2014, defended the clause contained in the 2021-25 Concorde Agreement, the covenant which governs F1’s commercial and regulatory obligations.

“The Concorde Agreement was a massive step because I knew about the difficulties of finding the right agreement that was good for everyone,” he told a select media contingent. “If you look at that amount of money [it] is really the value of the franchise of a team being able to compete. That was the thinking behind it”

The fee is known to have complicated the plans of numerous candidate teams, including Euro-Asian outfit Panthera, who are now investigating alternatives rather than pay a one-time fee that both heavily impacts on their cash flow during the crucial early stages, and indirectly strengthens the opposition.

“We welcome Stefano’s comments,” Panthera co-founder Benjamin Durand told RaceFans, “but we need to understand under which circumstances the fee could be waived. We are currently investigating other options, including investments in existing teams. This could alter that.”

Domenicali added that, despite the challenging times faced by F1 due to the Covid-19 pandemic, F1 has received a number of new team requests.

“We are receiving a lot of interest from OEMs [original equipment manufacturers] who want to understand the future of Formula 1,” he said. “We are receiving – it seems strange from outside, but I’m very happy for that – some new requests for teams or other organisations that want to see if there is a possibility to invest in Formula 1.

“These are a sign that the foundation and ideas we have on the table are good for the benefit of a positive future for Formula 1.”

However Domenicali, who returned to F1 from a stint as CEO of Lamborghini after joining its parent VW Group with a specific brief to evaluate an F1 entry, admitted it is unlikely any additional teams or engine suppliers will join F1 “within two [or] three years” given sweeping new technical regulations are due to come into effect after this season.

Thus, any OEMs will be more inclined to wait until timelines for a subsequent set of regulations is published, currently slated for either 2025 or 2026.

“We are trying to put in place ideas that will be very attractive for new OEMs to be part of the business,” he explained, adding that costs of initial investment plus annual budgets would need to “make it attractive for any [incoming] OEM to either to produce an engine or to be part of an engine-plus-chassis production. So the cost will be the big equation on which we need to start the discussion.

“That area is not [currently governed] by any kind of cost cap, so it’s one area we need to be very aggressive. Once we have more details about the discussions, these will be shared. Of course, we need to keep the attractiveness [of F1] for OEMs.”

Domenicali believes that full electrification “is not the only way for the [automotive] future. Therefore, the hybridisation we want to offer for the future must be the right platform on which they can present their product, they can invest and they can use the product they have in the smartest way possible. So, hybrid will be a diversified platform on which they can invest and promote the efficiency also of their power train.

“I’m positive that we are attacking the right points, which will be fundamental to keep the interest on our platform also from the technological point of view. We need to ensure that we look ahead in order to keep Formula 1 as the pinnacle of motorsport, as we always said, in terms of technological challenges.”

Engine supplier Honda will leave F1 at the end of the year – citing costs of electrification – which leaves just three engine suppliers to service the current 20-car grid unless both Red Bull teams persuade the sport to adopt an engine freeze to enable them to continue using Honda power units. The energy drinks company does not have the expertise or budgets to develop these complex engines, hence their call for a freeze.

As outlined in this week’s analysis of F1’s current power unit wrangle, a Formula 1 Commission meeting – Domenicali’s first in the hot seat, although he was previously Ferrari’s delegate – is scheduled for February 11th. Given the breadth of items to be discussed, the summit attended by the FIA, F1 and all teams will prove crucial to F1’s future: short-, medium- and long-term.