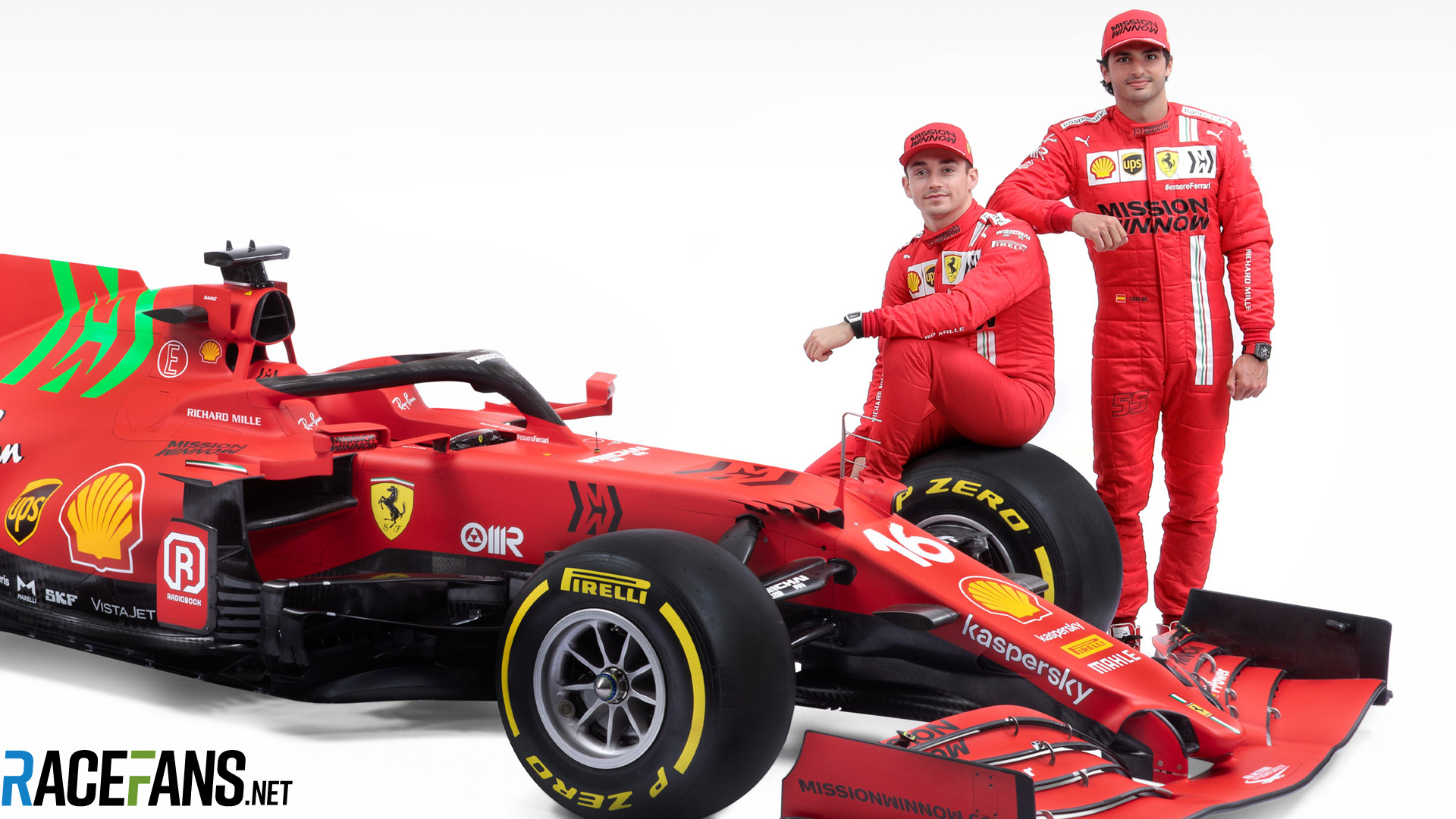 In the round-up: New Ferrari driver Carlos Sainz Jnr has already integrated well into the team and is “genuinely enjoying” working with Charles Leclerc, says the team.

We get a lot of positive energy from the early phase of the relationship between Carlos and Charles. Carlos has been spending a lot of time on the factory ever since he signed for us. He has been integrating himself into the team very rapidly is a curious guy who is open-minded. He comes with an interesting experience from all the teams and his relationship with the engineers has already felt very natural from day one. Now we are trying to make these exchanges with him deeper, denser, and it’s it’s progressing very well in that respect.

Charles knows the team upside down, it’s his third year with us and we can see him developing every day, a little bit more as a leader. He is very conscious of the role he has in the team in and out of the car. The early phase of that relationship between Carlos and Charles is functioning very well, actually. They are already operating as as team mates, for example, when they come at the simulator’s or when they meet with the engineers for the development of the car.

Of course, it is easy to have a good relationship in the winter months but I think they are genuinely enjoying each other’s inputs and approach to the team. And it is going to be a very positive starting point of the seasons with with them on board. Ultimately, they are a key part of the team. Their application, their enthusiasm, their energy will be essential in making the 2021 campaign a decisive step in the right direction for the future of our team.

Marcus Armstrong set the fastest time of a busy final test day for Formula 2 at the Bahrain International Circuit. The morning session was relatively smooth running, with only a short red flag and the Ferrari Academy driver set a 1’42.173 in the 22 laps he put in, which would prove unbeaten by the afternoon running.

Drivers set the highest amount of laps of any session in the afternoon, able to use whatever was remaining of their eight sets of allocated tyres without risking future running. Armstrong ran the most, at 61 laps – closely followed by Williams test driver Roy Nissany on 61. The fastest time in the afternoon was set by Ralph Boschung, who failed to beat Armstrong’s morning time but still set a fairly brisk 1’44.905 with an average speed over 185kph.

The week's Round 4 of #FEAccelerate will, for the first time in the series, feature a race with 12 real-world FE drivers.

What to expect when you're... going testing (Alfa Romeo)

"Reliability will be key as nobody can afford to lose any time when there’s only three days of action before the first official practice of the season. Our engineers will be looking forward to the data to confirm that reality matches our expectations for the new car."

"Timing sheet aside, I am fairly happy with what we have at the moment, but we know that the race weekend will be different. You have the F1 rubber going down and everything will get a bit more serious."

RHR never stops driving to prove his worth behind wheel (IndyCar)

"I always have to make sure that I’m performing, otherwise somebody with a big smile is getting ready to jump into the seat. It’s part of my mentality, part of my makeup. That’s how I’ve been operating for 20 years, man."

"Gloucestershire's O'Sullivan has been selected for the programme, created by 1996 Formula 1 World Champion Damon Hill, highlighting his status as an elite British competitor. The 16-year-old follows in the footsteps of Formula Two runner-up Callum Ilott and double BTCC champion Ash Sutton in being selected to join the programme, based on on-track accomplishments and off-track demeanour."

F1’s pre-season testing this year is very close to the first race, making teams even more secretive than usual about their car’s pre-season in paranoia about how quickly designs could be copied. With so little time, on a flyaway, from testing until the race, Barry Bens thinks it could prove quite a shake-up if any of the teams at the top miss something:

So on the one hand the idea is that ‘most of the 2020-car can be carried over’, but on the other hand there was ‘a large rule change’ involving the diffuser, break ducts and the floor. Meaning they’ll have to generate the lost downforce some other way (as Fry says) meaning changes to other parts.

Sounds a lot like that time they ‘only’ changed the front wing rules and Red Bull had to change most of their car because Newey works from front to back. Could mix things up in the top very nicely after all!
@barryfromdownunder

Happy birthday to Renegade.Ego and Browny!