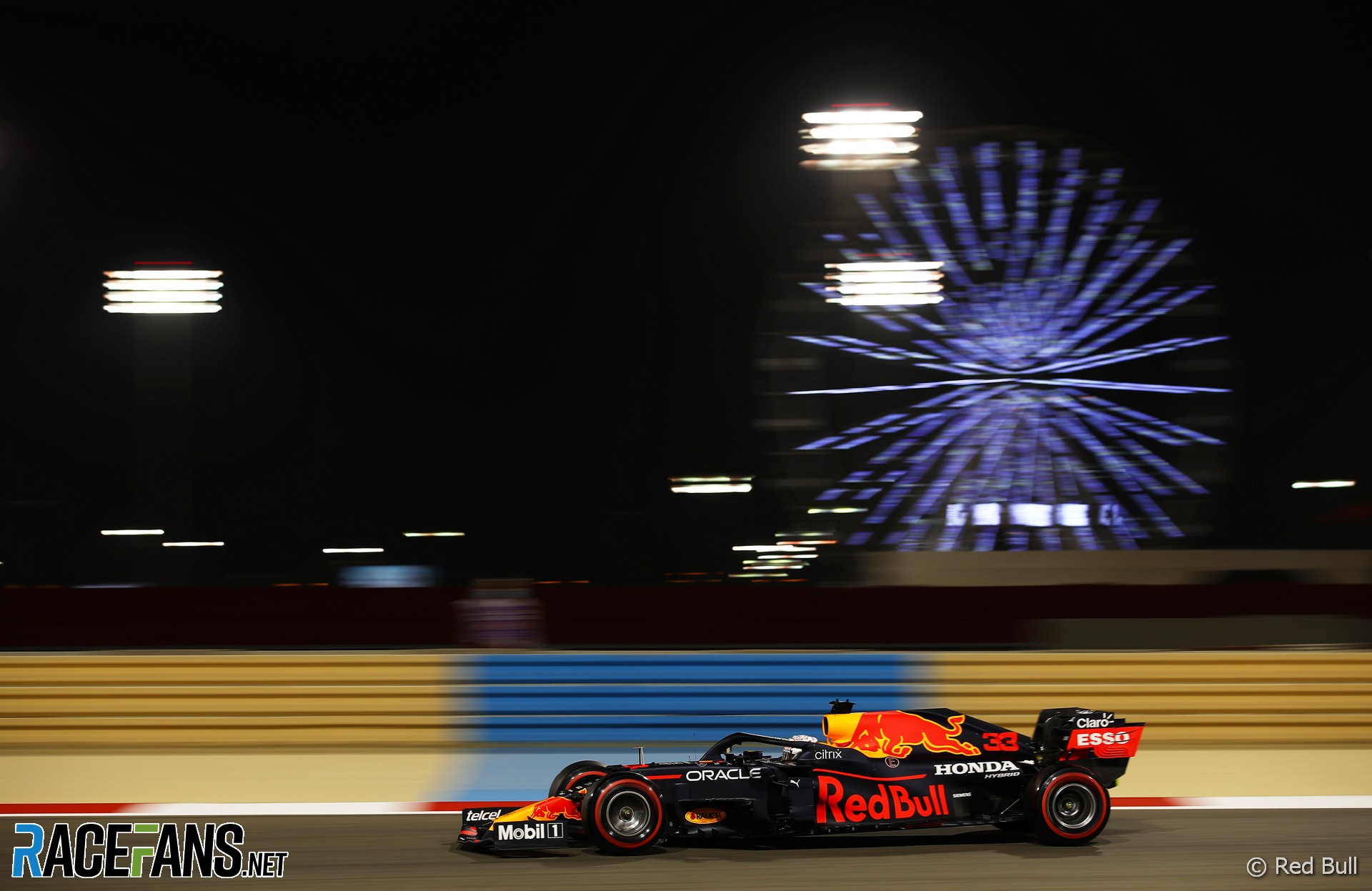 Max Verstappen completed a perfect first day of the Formula 1 season for Red Bull by going fastest under the floodlights in the second free practice session for the Bahrain Grand Prix.

As with today’s earlier session, the second has also been reduced in length from 90 minutes to 60. The entire field joined the track soon after the evening session began.

It didn’t take long for yellow flags to appear, as Haas’s Nikita Mazepin went off going down the hill after turn four. He wasn’t the only driver caught out as winds unsettled the cars coming over the crest of the turn four hairpin.

Where Mazepin went off was also were track limits were now being monitored, as the race directors elected after first practice to change where they were policing track limits abuse.

The first major moment of drama occurred at turn three, as Alfa Romeo’s Kimi Raikkonen spun on the apex kerb and lost his front wing against a barrier on the outside of the track. He was able to return to the pits, but lost valuable running while his car was being repaired.

Meanwhile the rest of the field were on soft tyre runs simulating their qualifying runs, which will be held in similar conditions just after sunset on Saturday. Mercedes were one-two at the time of Raikkonen’s crash, with Lewis Hamilton leading Valtteri Bottas, and Red Bull pairing Max Verstappen and Sergio Perez were third and fourth.

Red Bull went a different way on strategy to Mercedes and Ferrari, who used another fresh set of soft tyres for their drivers, which temporarily elevated Maranello’s new recruit Carlos Sainz Jnr to the top of the times. Hamilton got back ahead soon afterwards, despite traffic, while McLaren’s Lando Norris timed his encounter with slower cars much better, slipstreaming his way to the fastest lap with his Mercedes-powered MCL35M.

Verstappen managed to beat his benchmark by 0.095 seconds with a 1’30.847, before most of the field elected to switch to the slower medium compound tyre as the track got closer to conditions suitable for long runs and the order at the top went unchanged as a result.

The medium tyre runs still had their fair bit of drama, with drivers repeatedly locking up the longer they went into their stints, and track limits abuse being laps were frequently deleted. Bottas was one of the top offenders for lost laps, while team mate Hamilton frequently pushed his rubber to its limits through the downhill turns eight and 10 hairpins.

33 comments on “Verstappen stays on top in second practice, pursued by Norris”