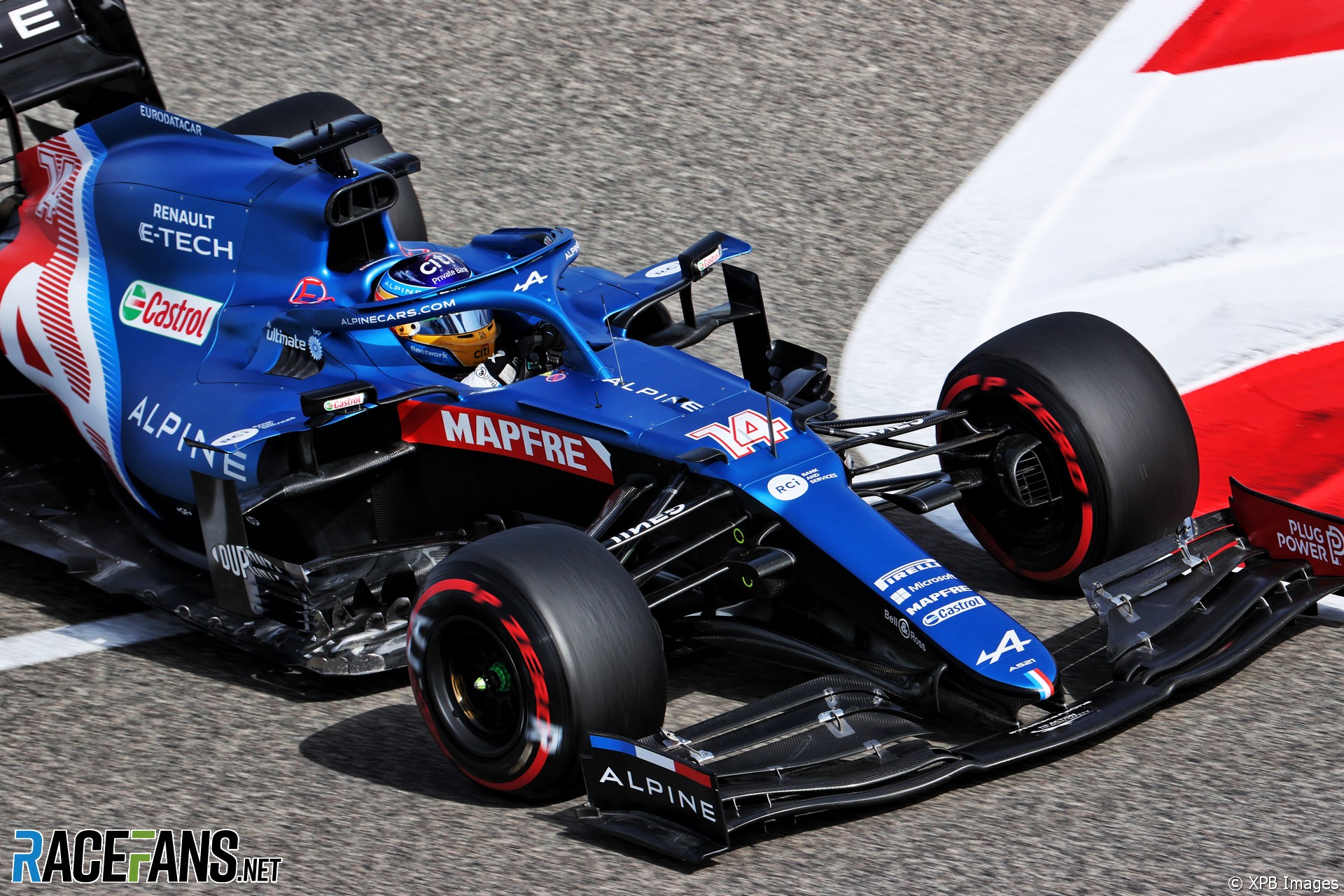 Alpine will bring a significant upgrade for its A521 chassis to the next race at Imola following its point-less start to the season in Bahrain.

The team’s executive director Marcin Budkowski said the rear of the car is the focus of its work, following the changes required in that area by new rules introduced for the 2021 F1 season.

“There’s an area that’s changed in the regulations which is an area of development at the moment,” he explained. “It’s obviously the side of the of the floor and the diffuser.

“We have a pretty decent upgrade package coming for Imola, so we’ll have some more new parts and more performance on the car in Imola. And in general, in the first few races of the season, we’ll have some new bits coming through.”

Alpine “scared ourselves a little bit” during the daytime sessions in Bahrain, Budkowski admitted, as they were noticeably weaker in the higher temperatures at the desert track.

“We have a bit of homework on understanding why we’re seemingly less competitive in the hot sessions than in the evening sessions,” he said. “Which I don’t think is going to be a problem in Imola or Portugal but could become a thing in the summer months.”

“We were fairly happy with with the car at the [pre-season] test but it’s fair to say we’re less happy with the car in the hot sessions. First and third practice [were] more difficult for us and we [went] back to a level of competitiveness that is more representative in the evening sessions, second practice and qualifying.

“The temperature has been quite extreme. It was hotter than during the test. Towards the beginning of third practice it was 38 degrees [Celsius] ambient, I think 47 track temperature, that’s way hotter than it was two weeks ago at the test.”

The team ended last year in the thick of the fight for third place in the constructors championship, but has slipped back at the start of the new season. “We’re still a bit short of two or three tenths to actually be fighting with the people we aimed to fight with,” said Budkowski.