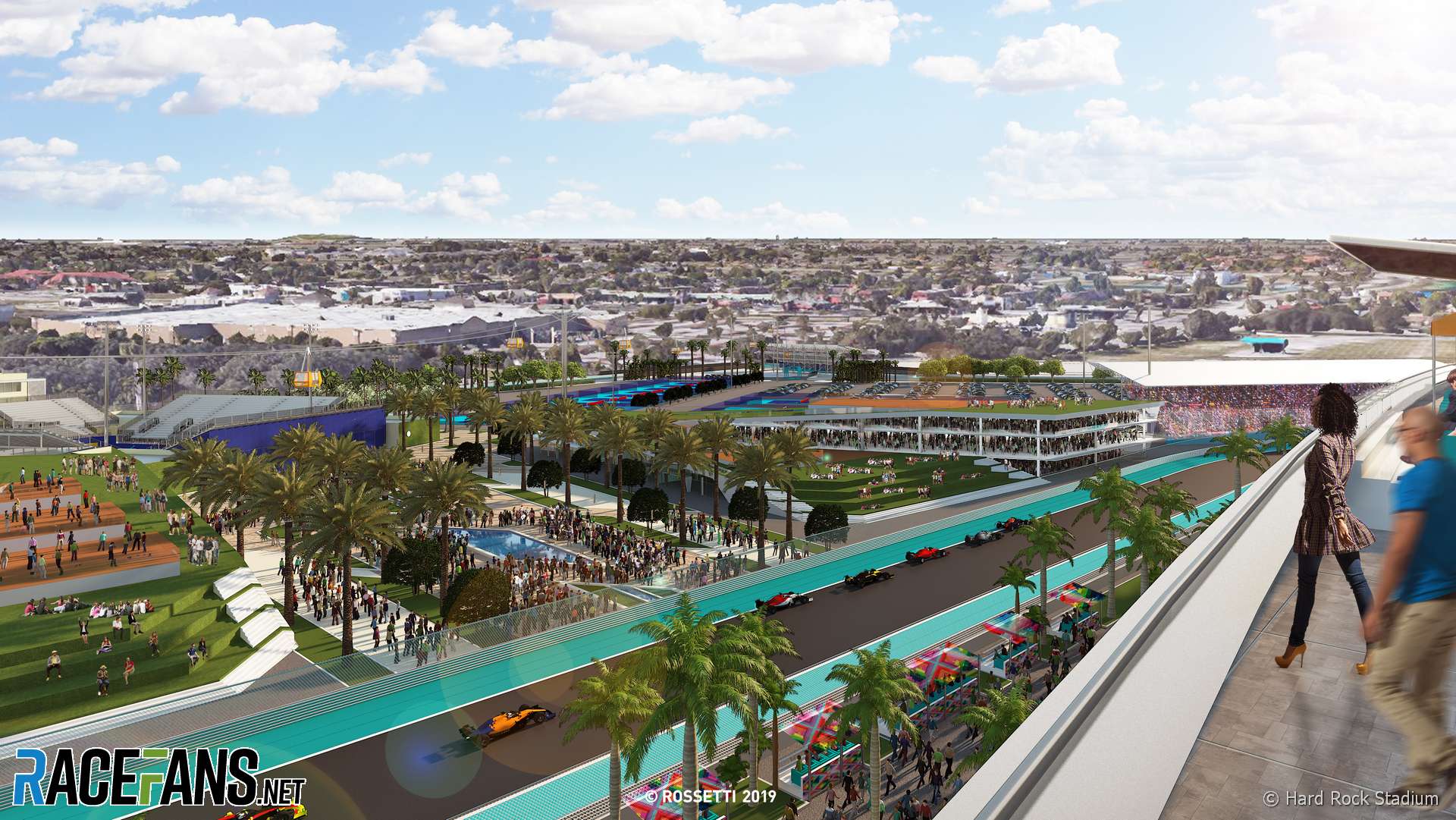 City councillors have passed the resolution that should clear the way for Miami Gardens to become the latest host city of a Formula 1 grand prix in 2022.

The mayor and city council met yesterday to decide on the latest proposals for a street race, and agree on a ‘Memorandum of Understanding’ that lays out what Liberty Media and Stephen Ross, owner of the Hard Rock Stadium where the proposed circuit will be located, must do for their event to go ahead.

The list of provisions that F1 will now be bound to in their planning and running of the event include infrastructure and financial commitments.

The first of these is that the circuit should not use Northwest 199th Street or N.W. 27th Avenue, the two nearest major roads to the stadium which run immediately south and west of it.

The resolution also states “no race shall start: (a) prior to 2:30pm (ET) on any weekday on which public schools are in session prior to 2:30pm (ET); or (b) after sunset in city on any day will be permitted”, which may have a bearing on Friday practice session times for an eventual grand prix weekend. The event promoter must also ensure “noise mitigation barriers of industry quality shall be erected on the north side of any section of the track adjacent to the Snake Creek Canal” to protect nearby residents.

Other commitments include a $5 million fund “for community benefits programs to be administered by the city”. This will be delivered over the 10-year period which has been earmarked for the race.

Promoters will also provide discounted tickets to the grand prix for locals, allowing nearby restaurants to provide catering services to fans “without a buyout fee” at the event, invest in the F1 in Schools programme and provide at least five paid event internships.

These measures have not proven popular locally, particularly the $5 million figure. But the support of mayor Rodney Harris means the race has taken a significant step closer to becoming reality. An official announcement is expected in the near future.

F1 intends to hold a record 23 grands prix this year, despite the ongoing Covid-19 pandemic. If next year’s calendar is just as busy, Miami will face considerable competition for a slot.

The championship previously had an agreement in principle to hold a Miami race in May 2021. If a similar slot is chosen next year, the event could run back-to-back with another North American round at the Circuit Gilles Villeneuve in Canada.