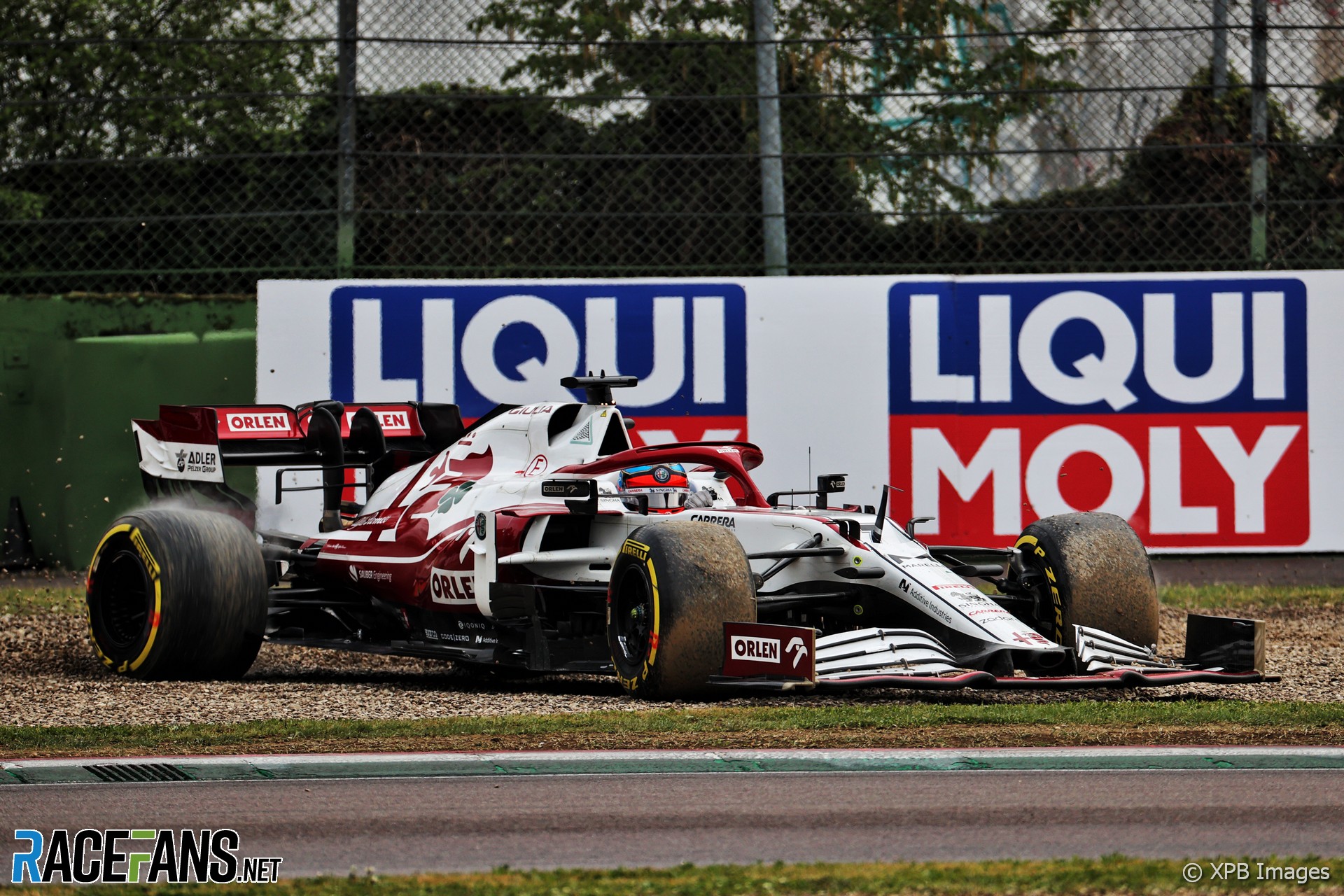 Kimi Raikkonen has been handed a 30 second post-race time penalty after the stewards found he was in breach of a technicality in the restart procedure.

The Alfa Romeo driver has therefore lost his points for ninth place. Alpine drivers Esteban Ocon and Fernando Alonso are promoted to ninth and tenth respectively.

Raikkonen was penalised for failing to satisfy a technicality in the restart procedure after the race was red-flagged.

Having been allowed to un-lap himself prior to the restart, Raikkonen was in eighth place when the field rejoined the track prior to the official resumption of the race. He then spun his Alfa Romeo at Tamburello, dropping behind Lewis Hamilton and Yuki Tsunoda.

Under Article 42.6 of the sporting regulations, Raikkonen was entitled to recover his position – as Charles Leclerc did on the original formation lap. However, as Raikkonen had failed to do so by the time the Safety Car lights has been extinguished, he was therefore required by the rules to enter the pit lane at the restart and rejoin the race after the field had passed.

Raikkonen did not do this, which put him he was in breach of the regulations. The stewards had no option but to hand a stop-go penalty to the Alfa Romeo driver, as is required by the rules.

However the stewards acknowledged the “contradiction” in the rules around drivers being permitted to recover positions on formation laps and while under Safety Car conditions. Earlier in the race Sergio Perez went off the track during a Safety Car period, then repassed them, and was penalised for doing so.

In Raikkonen’s case, which occured during a restart rather than a Safety Car period, the stewards said they had to impose a “mandatory” penalty partly because he had not overtaken cars when required to.

“The rule requiring a car to enter the pit lane if it fails to regain its position is consistent amongst several championships, has been in the FIA Formula 1 Sporting Regulations for several years and has been consistently applied,” the stewards noted.

“The penalty is a mandatory penalty, and therefore the stewards consider that they have no alternative than to apply this penalty for reasons of consistency.”

The 10-second stop-go penalty is converted to a 30-second post-race penalty, dropping Raikkonen to 15th place in the final standings.