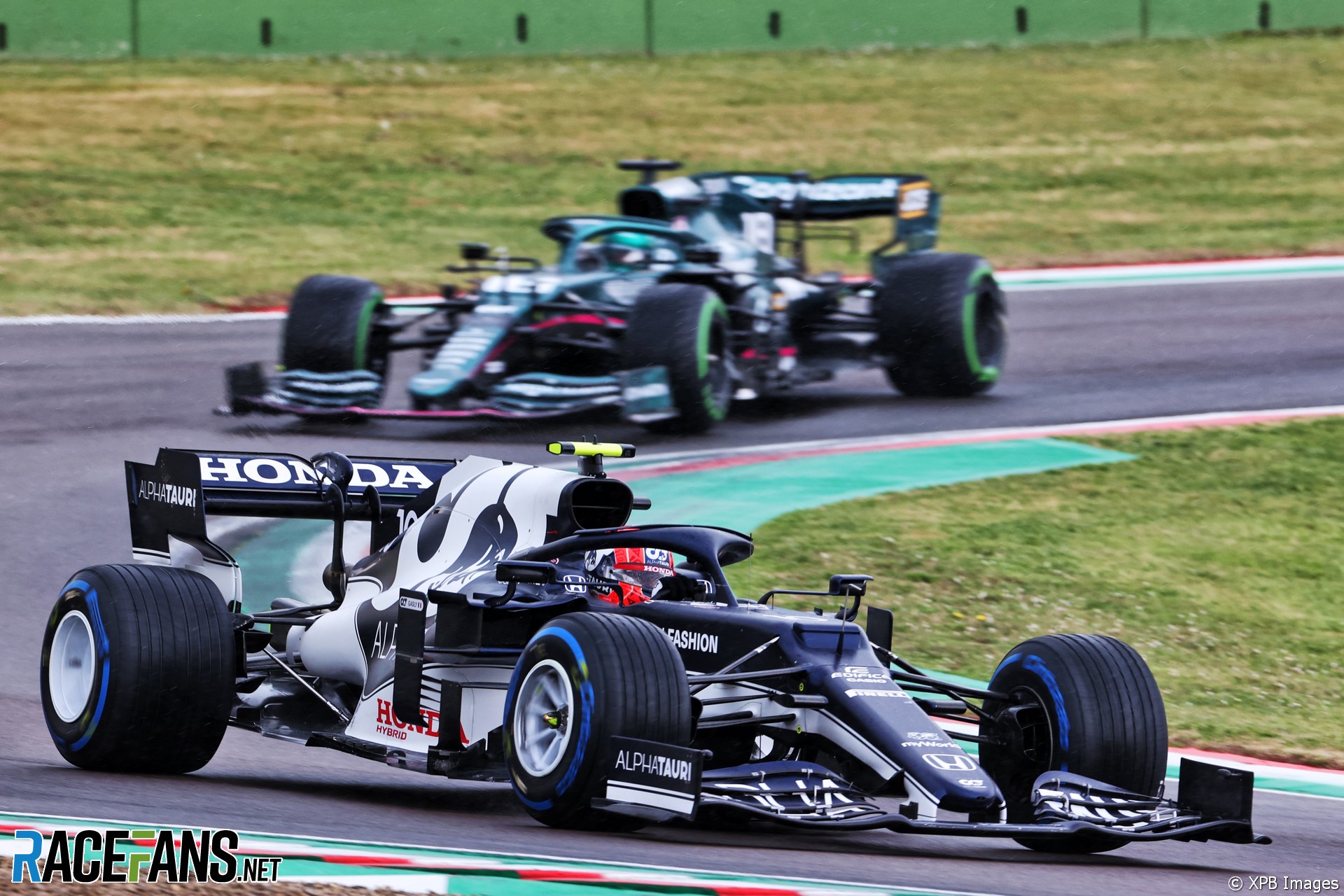 Lance Stroll has lost his seventh-place finish in the Emilia-Romagna Grand Prix after being penalised for overtaking a rival off the track.

The Aston Martin driver was found to take overtaken Pierre Gasly by leaving the circuit at Tamburello on lap 11. He was given a five-second time penalty.

As Gasly finished less than a second behind him, Stroll therefore falls to eighth place behind his rival in the final classification. The incident was not investigated until after the race.

“Having reviewed the video and heard from the drivers, the stewards conclude that car 18 [Stroll] was not able to complete his pass on car 10 [Gasly] at turns two and three without leaving the track completely short-cutting turn three and returning on the track ahead of car 10. He then failed to give the position back.

“In hearing from the drivers the Stewards accepted that car 18 was ahead of car 10 at the point he left the track, but that he was in that position because of a manoeuvre that he was not able to complete on the track given the wet conditions.”

The stewards also handed Stroll a penalty point on his licence, putting him on a total of four.