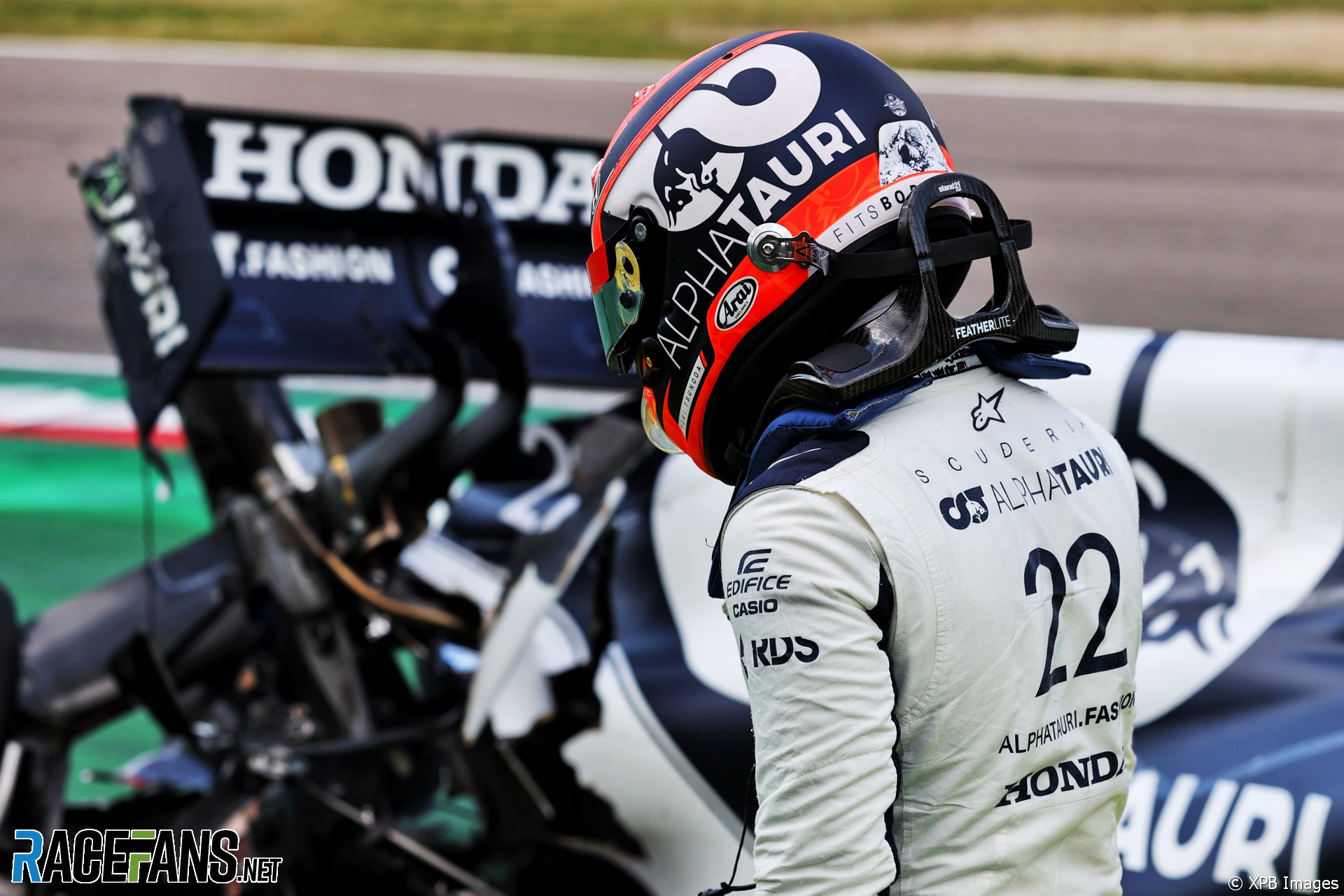 Yuki Tsunoda owned up to his errors in a messy second F1 race weekend at Imola, which he admitted gave him trouble sleeping.

The AlpahTauri driver’s problems began in qualifying, where he failed to set a time after crashing during Q1.

Speaking after the race, Tsunoda said his qualifying error had wasted the car’s potential. “For me, Q1 was completely my mistake,” he said. “When I see the car performance overall this weekend, I didn’t have to push that much.

“I don’t know why, I just pushed too much even though I don’t have to. I went off-track so that was completely my mistake, just an error from me.”

In the race he made progress at first, but spun at Tamburello after the final restart while trying to pass Lewis Hamilton. Tsunoda later received a five-second time penalty for repeatedly exceeding track limits at Piratella.

He was more concerned by his driving errors than the track limits violations. “The pace was there,” he said. “I nearly overtook Lewis. So the pace was there but I made it difficult all by myself.

“For me, track limits, for my position I don’t care much, to be honest. I was just very frustrated. just trying to go as fast as possible.

“Of course [I got] the penalty [because] I did it again and again; that was, again, for me not a good thing.

“In the future, just learning for me. I just have to consistently make it more focussed. Until the red flag, my focus was good but then I lost some focus after the red flag and this is the key for the future.”

Tsunoda arrived at Imola with extensive experience of the track from his pre-season testing at the circuit, which is close to AlphaTauri’s base. He admitted the error-strewn weekend affected him.

“When I make mistakes I always struggle to sleep, especially after [the qualifying crash] because it was a big thing for me.”

He apologised for his performance to AlphaTauri team principal Franz Tost. “Franz was actually saying ‘don’t worry, it’s learning’ and most rookies are going to do exactly the same at least once in their first year. I’ll just learn from it and don’t do it next time.”