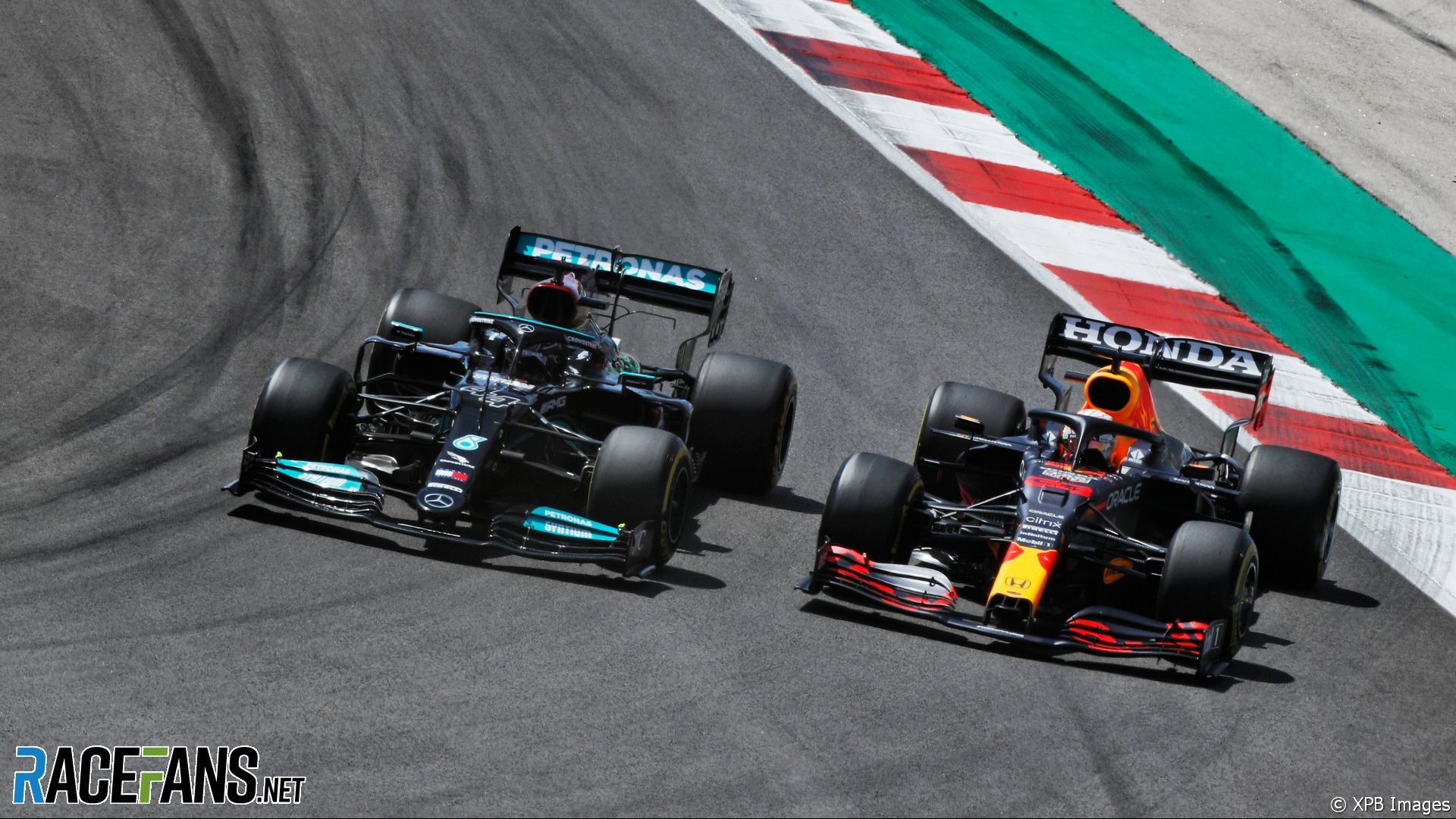 Lewis Hamilton says the Portuguese Grand Prix was a “tough race” after falling to third and fighting his way back to the front.

The Mercedes driver fell to third behind Max Verstappen after the early Safety Car period, but was able to re-pass his rival later. Hamilton then caught and passed team mate Valtteri Bottas a handful of laps later to take the lead.

Although Sergio Perez led for a while as he ran a long first stint, Hamilton eventually moved back ahead. But despite appearing in control of proceedings, the world champion said his race was not as comfortable as it looked.

“That was such a tough race – physically and mentally,” said Hamilton.

“Just keeping everything together. It’s very windy out there, so it’s very easy to just put a foot wrong. I just didn’t quite get as good a start as Valtteri and lost out on the restart, which was not good. I was not happy about that, naturally.

Hamilton says he knew that passing his rivals in the early phase of the race would be crucial to his chances of victory.

“I really had to try and position myself the best that I could,” says Hamilton.

“I can’t remember but I think Max made a mistake at some point on the lap which was perfect, and I knew that was the lap where I was going to be as close as I could to him in the last sector.

“Then with Valtteri, I had to make the move early on before the tyres were destroyed and managed to just get him into turn one, just right on the limit. Just great racing.”

With his 97th career victory, Hamilton extended his lead in the drivers championship to eight points over Verstappen.