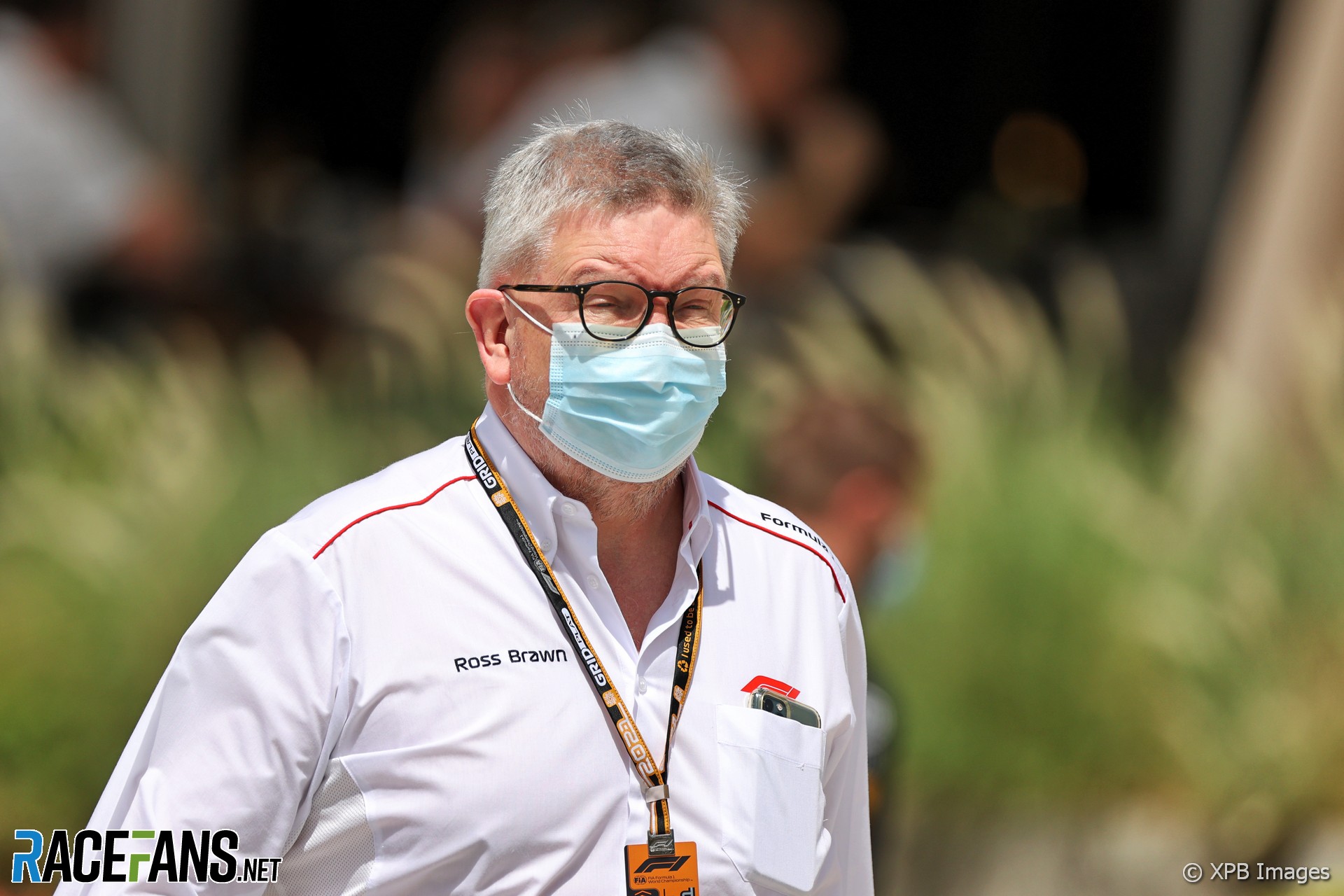 Don't miss anything from RaceFans - join us on Facebook here to see whenever a new article has been added:

Formula 1 will hold its first three Sprint Qualifying races later this year. In an interview for The Muscle Help Foundation, Brawn said the series has been “trying to get a sprint race format into Formula 1 for a number of years”, partly because they believe it will be more popular with younger fans.

“It’s a format we want to test,” he said. “Things change and young people don’t necessarily want to watch two hours of racing on a Sunday afternoon. We may find the short format racing’s more appealing to them.

“But we don’t want to disorientate our loyal fans who are really the core of our sport. And so can we find a combination? That’s what we’re testing. So there are three races this year. We’ll take stock and then we’ll decide what the next step is for the future. ”

A one-month grace period will accompany new rules which come into force next month to prevent teams using rear wings which are designed to flex at speed.

A new technical directive will be imposed from June 15th increasing two of the load tests which rear wings are subjected to. While the rules specify the wings may not deflect by more than three millimetres when the load is applied, a tolerance of 20% will be permitted over the first month of the rules’ introduction.

The FIA will study footage from cars’ rear-facing cameras to detect any cars which may not be fully compliant with the directive. The sport’s governing body is understood to have started taking a closer look at teams’ rear wings following its inspection of Pierre Gasly’s AlphaTauri at the Portuguese Grand Prix. The same car was inspected again following the Spanish Grand Prix.

Conor Daly will carry this new livery from this weekend’s IndyCar race. His Ed Carpenter-run car will carry sponsorship from MannKind Corporation whose needle-free insulin product will be promoted with the slogan “tired of pricks?” on its sidepod.

This is good: The FIA says accredited media will have increased access to the paddock from the Monaco Grand Prix 'with some limitations'. #F1

Not quite "since the start"; the first round of the world championship was indeed held 71 years ago today at Silverstone, but there weren't any Ferraris on the grid.

They first showed up at the second round of the 1950 season a week later in Monaco.https://t.co/8PaOdx8IfL#F1

"Strapped into chassis 9R6 802, the 84-year-old was transported from his era of tube-frame cars and the battery serving as the biggest piece of electronics to a bevy of modern technology as he experienced a number of firsts piloting a carbon fibre chassis with carbon brakes, paddle shifting, and thousands of pounds of downforce."

"Formula 1 and Formula E are two different animals, It's like rally, and Formula 1. You could have both events at the same time. But overall, if it diminishes the value of both together or the sum of both separately, then I'm against."

This top-secret Ferrari bunker has its own racetrack (Classic Driver)

"You would be forgiven for thinking that GFWilliams' latest shoot was in Abu Dhabi at the iconic Yas Marina circuit designed by Hermann Tilke, but in fact this top-secret bunker resides somewhere in Europe."

While both teams are at the top of their games, especially Mercedes, their two top drivers, Hamilton and Verstappen, are in my opinion who need, more than anything else to be easier razor-sharp throughout. And in this case, Hamilton just has that edged on Verstappen in race execution, which shows even in the championship standings.

True Hamilton had that mistake in Imola, which he minimised the impact as much as possible with a little bit of fortune (fortune favours the brave), but his mistakes are far between whereas as for Max, sometimes little mistakes just hinder his race weekends, (Bahrain, Portimao).

What I can say for certainty, Mercedes and Hamilton will win this year’s championships, constructors’ and drivers’ from recent history. When Ferrari pushed Mercedes and Hamilton, both rebounded with such a gap to their rivals that most of us scratched our heads wondering how they found that much performance from.
Lemayian (@Lems)