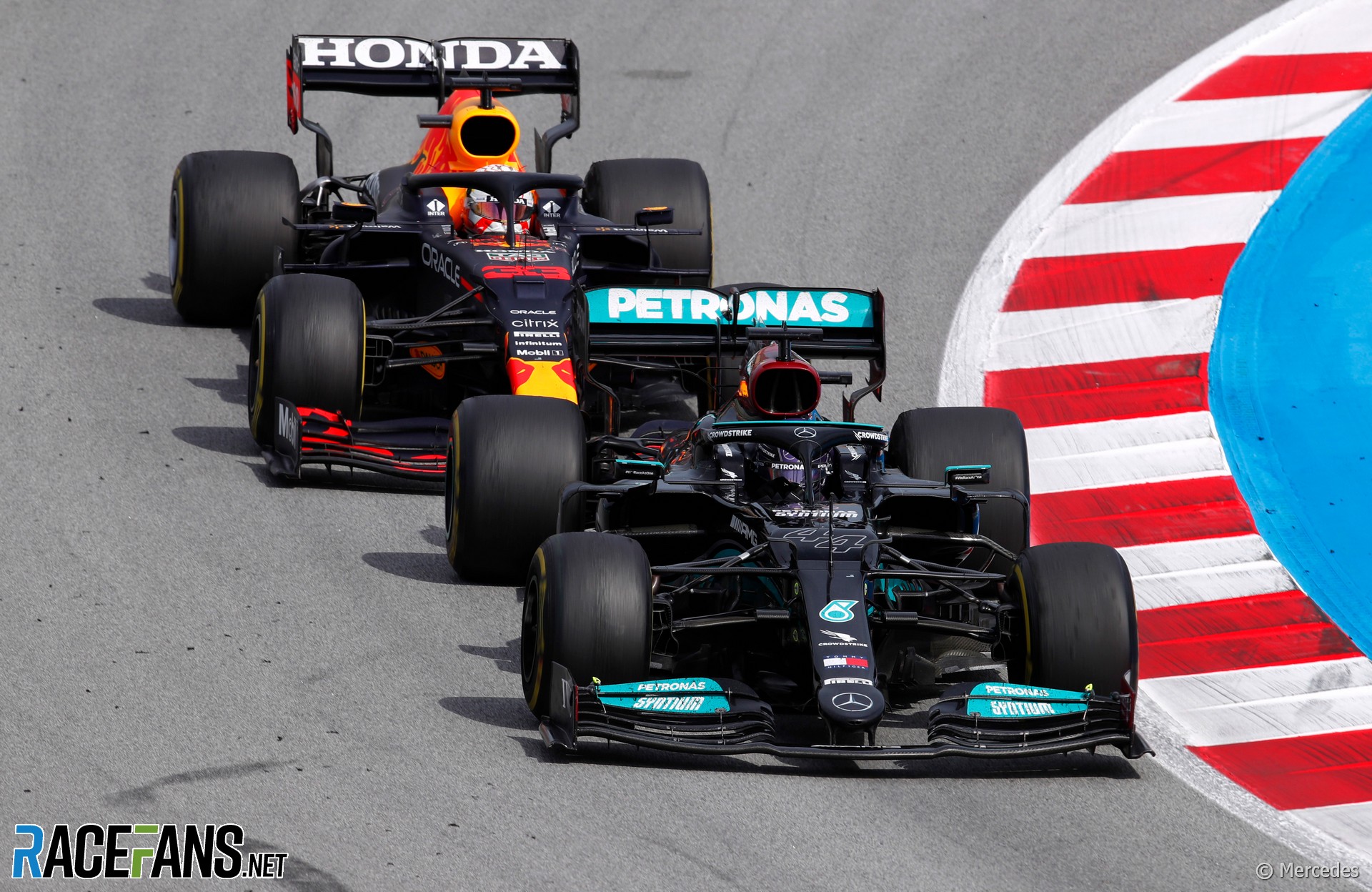 Lewis Hamilton believes he will be able to avoid any collisions with Max Verstappen as he is playing the long game in the world championship fight.

The pair have fought wheel-to-wheel in all four races so far this year. Hamilton backed down when Verstappen moved to pass him at the start of the previous race in Spain, but beat his rival to victory.

McLaren Racing CEO Zak Brown recently said it is only a matter of time until the pair tangle. But Hamilton says his focus on the long-term goal of winning the championship makes that unlikely.

“I think I’ve done well to avoid all the incidents so far,” said Hamilton. “We’ve got 19 more [races] to go and we could connect, hopefully not.

“The good thing, I think, there is a nice balanced amount of respect between us. I think perhaps, as you know, he feels perhaps he has a lot to prove. I’m not necessarily in the same boat there.”

Hamilton, who scored his 100th pole position in the previous round and is seeking a record-breaking eighth world championship this year, says his record speaks for his approach.

“I’m more long term, kind of, ‘it’s a marathon not a sprint’ sort of mentality. Which is ultimately why I have the stats that I have. So I’ll continue with that and I’ll do everything to make sure that we avoid connecting.”

“We don’t know what to expect,” he said. “Red Bull were incredibly close two years ago.

“It’s a much different car, we have different tyres. Red Bull are going to be very, very hard to beat this weekend. This is a track that has always been strong for them and, given how close the gap is between us, you can imagine this weekend they could be ahead.

“But we’re going to do everything we can to make sure that’s not the case.”

38 comments on “Hamilton: Verstappen “feels he has a lot to prove” in title fight”