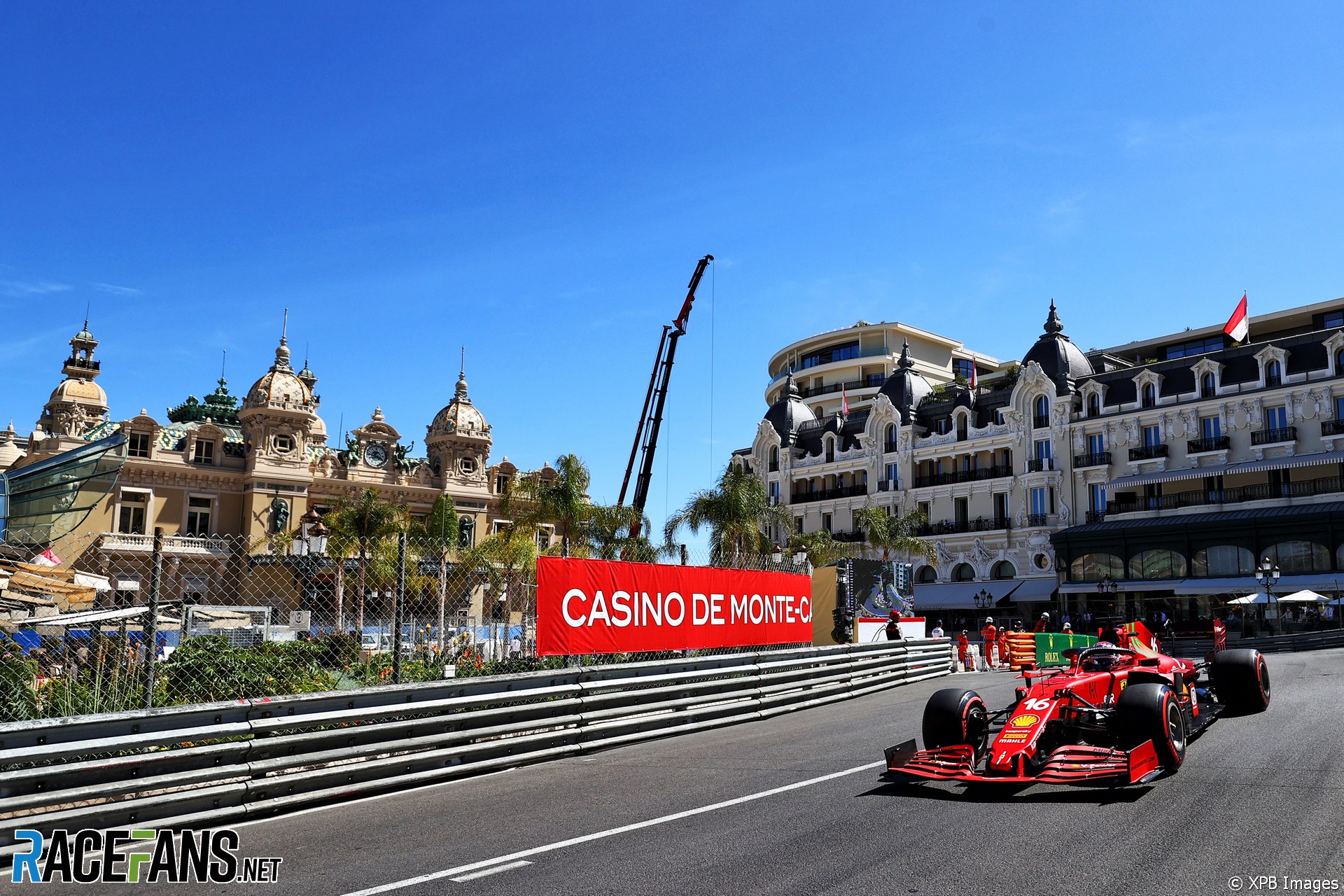 Red Bull were expected to have the upper hand in Monaco this weekend. But after Thursday’s running it seems as though Ferrari might have found something no one else has, with both their drivers topping times on qualifying simulation runs during second practice.

There was a significant difference in temperature between first and second practice, with the track gaining 10C between the sessions. The tarmac was a maximum of 41.1C in the morning, rising to a high of 51.1C in the afternoon.

Ferrari’s pace in Monaco was somewhat predicted by their speed in the final sector at the Circuit de Catalunya. During second practice, Charles Leclerc was quicker there than both Max Verstappen and Lewis Hamilton. Today Leclerc beat the pair again in second practice.

Last time out, by the time it came to qualifying, that had reversed. On their best laps, Verstappen was fastest in the third sector by over a tenth, followed by Hamilton, with Leclerc left trailing. Verstappen and Hamilton also pulled out overall higher speeds than the Ferrari.

So it might be the case that despite, the grumbling from Verstappen that their car is not fast enough, Ferrari have simply played their whole hand while Mercedes and Red Bull still hold things in reserve. Alternatively, perhaps Ferrari had to make more compromises for the quicker corners in Spain, a problem they don’t have here.

Some drivers expressed surprise at Ferrari’s sudden speed but McLaren’s Lando Norris said they’d been expecting it. He was so confident he texted ex-team mate Carlos Sainz Jnr before the weekend saying he expected him to win. “I think it’s quite obvious that they were going to be very quick here,” he said. “They were very quick in the slow speed corners and that’s basically all we have here.”

It’s harder to explain where AlphaTauri’s turn of pace has come from. During the past rounds, Pierre Gasly has stated their car cannot perform in low-speed corners, particularly bemoaning it in Portimao. Before Barcelona he said: “We’ve tried many things in terms of set-up to solve the issues. And unfortunately, it didn’t really work. So that’s probably something a bit more fundamental, which takes slightly longer than we would like.”

Whatever the team’s fix was, it seems to have worked. Gasly has often been strong in terms of single-lap pace in the AlphaTauri but even Monaco newcomer Yuki Tsunoda was able to find the pace for a top-10 placing in first practice. He took himself out of the equation early in second practice by breaking his suspension on a wall but Gasly remained in the top 10, ahead of Sergio Perez’s Red Bull.

Red Bull themselves seemed to have distinctly up-and-down sessions. They used different tyre allocations for each driver, Verstappen running the soft tyres less often than Perez, possibly explaining how Perez got the edge on him in first practice. Although the two drivers’ times were close in the morning, Perez finished the afternoon over half a second back from Verstappen, albeit after a session where he was repeatedly frustrated by traffic.

Another big team mate split in the times was at McLaren. During the morning session, Daniel Ricciardo’s engineer told him that he was only losing time to Norris in the final few corners of the circuit. Whether that was to encourage Ricciardo or not, it wasn’t true – he was losing substantial time against Norris throughout the session in the middle sector, too.

That seemed to worsen during second practice, with Ricciardo reportedly having a mid-session break with his engineers to work out where Norris was finding speed he wasn’t. Norris finished second practice in sixth, Ricciardo in 15th and still down in both the second and third sectors. That eight-tenths deficit to Norris will weigh heavily on his mind during Friday’s downtime at a track where starting position is everything.

Alpine thought they might qualify well here, after two strong weekends in Algarve and Barcelona, but as yet there’s little sign they will. Both drivers are returning to the track for the first time since 2018 and Fernando Alonso seemed to still be finding his feet and suffered a few brushes with the walls, so might find more form with clean runs.

At the back of the grid, Alfa Romeo well-placed to take advantage if Alpine or Aston Martin fail to capitalise on their potential. Kimi Raikkonen placed tenth in first practice and Antonio Giovinazzi ninth in second practice, both substantially better than any of the other teams currently struggling for points.

Qualifying strategy is likely a no-brainer. Starting as high up as possible is vital and no one will want to lose a position off the line, so expect to see everyone who reaches Q3 get there, and start the race, on softs.