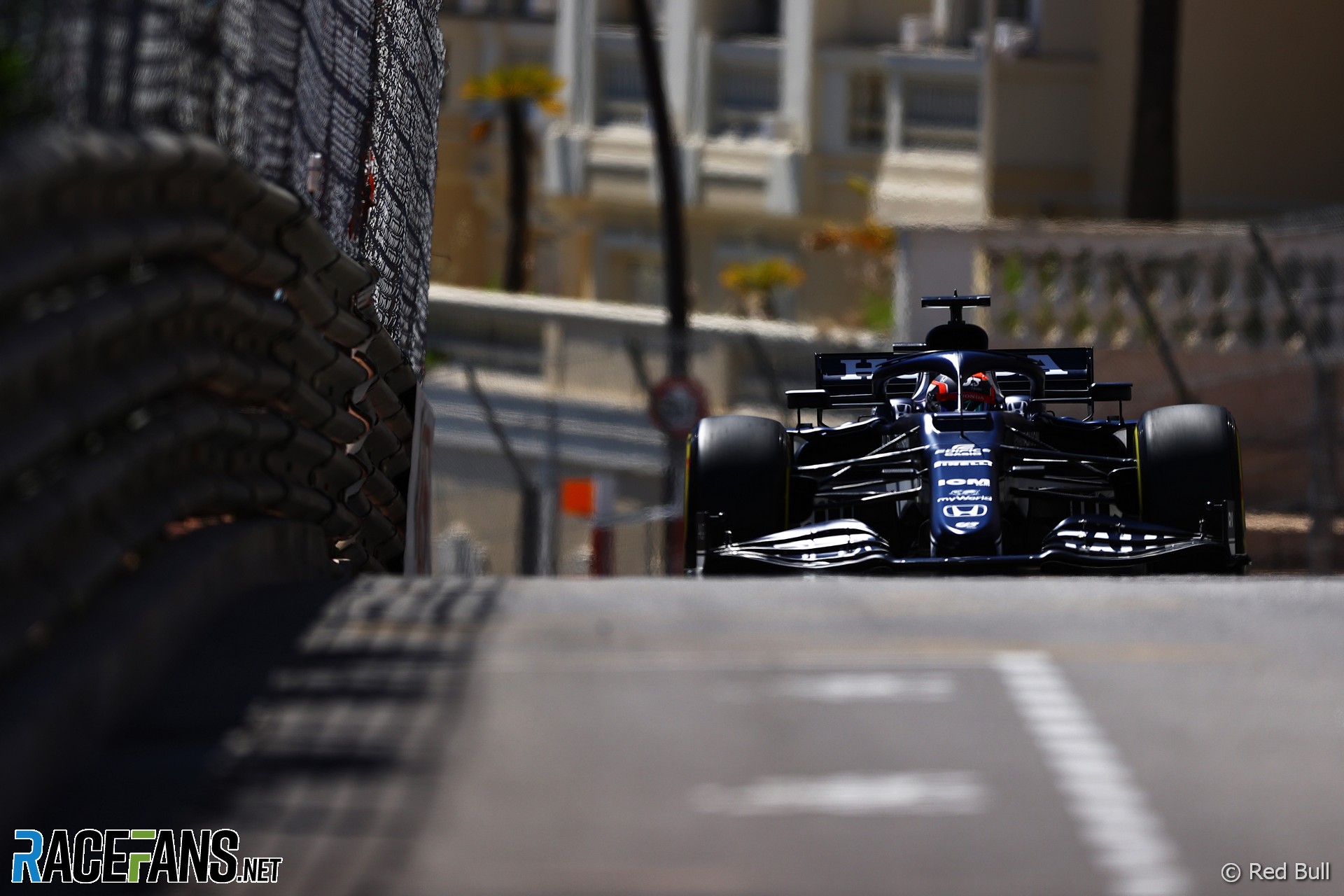 Yuki Tsunoda was unruffled by the contact with the barrier which brought his first day of running in Monaco to an early end.

“It’s not the worst case” said the AlphaTauri driver, who is the only competitor in this weekend’s race who has never driven at Monaco before.

Having been raced in Japan until 2019, when he competed in Formula 3, the absence of Monte-Carlo from last year’s Formula 2 calendar meant he experienced the track for the first time yesterday.

Despite this, he was able to achieve a top 10 time in the first practice session. However, Tsunoda crashed during second practice, damaging his AlphaTauri’s suspension, after just 11 laps.

“I did push too hard in the entry, I think I just had a loss of grip, in the end,” he explained. “I think there was a lot of degradation there and quite a lot of dust from the wind.

“I just completely lost the rear between 15 and 16 and went into the wall. So I just had to finish the session.”

However he admitted the setback brings an upside for tomorrow’s final practice session at the track: “I have two sets of softs for [Saturday]”, he said.

As Monaco’s schedule means there is no Friday running, Tsunoda intends to use the time to put himself in a better position for final practice and qualifying. “It’s not the worst case, it’s not the end of the world. I just have to prepare more for the Saturday and put it all together.”