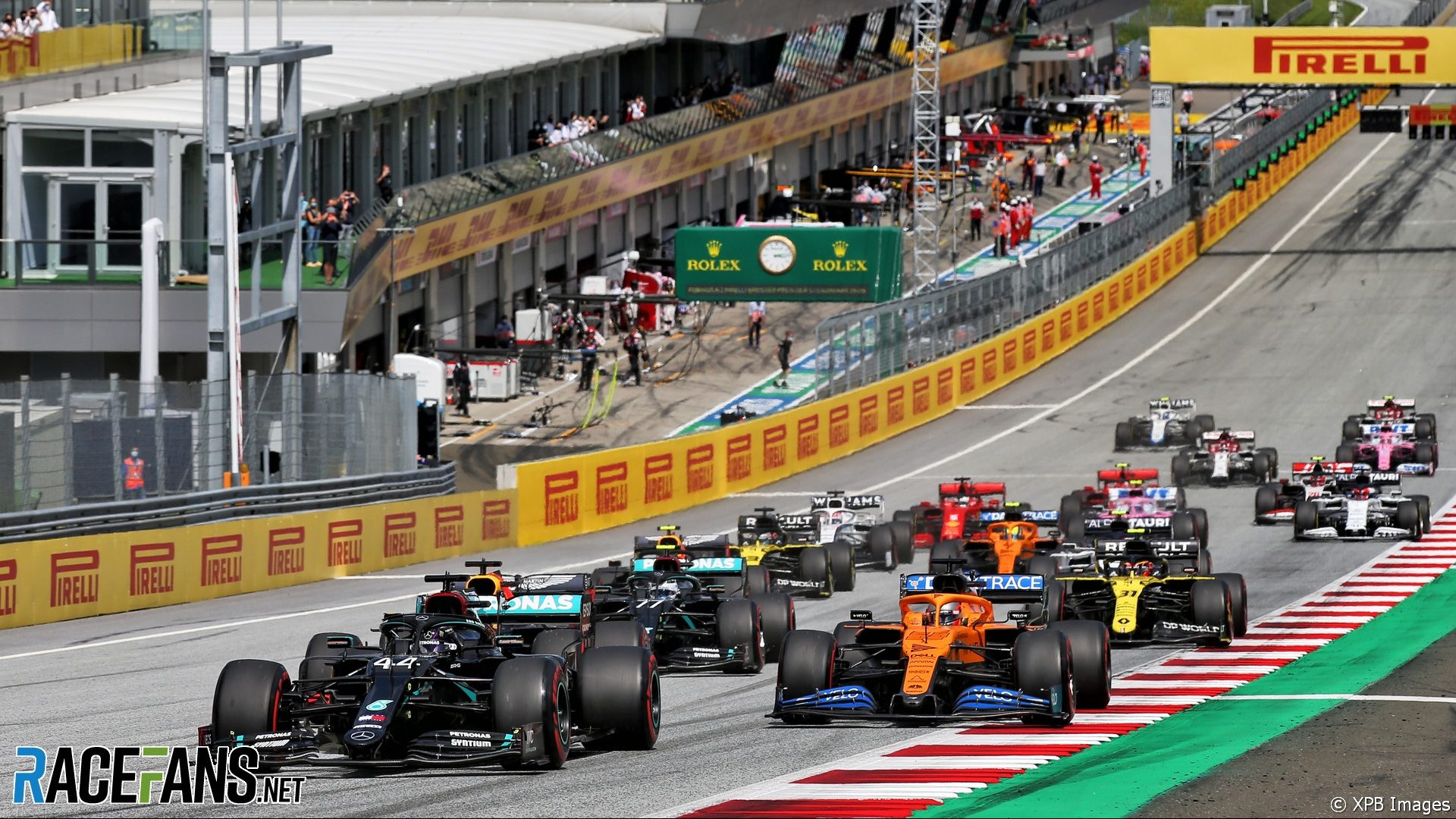 In the round-up: Pirelli will bring different tyre compounds for F1s two races at the Red Bull Ring this year.

Following F1’s decision to add a second race at the Red Bull Ring this year, Pirelli has decided to bring different tyre compounds to the two races in the hope of producing more varied events.

The sport’s official tyre supplier originally nominated the C2, C3 and C4 tyres for the Austrian Grand Prix. A spokesperson advised RaceFans these will instead be brought for the Styrian Grand Prix, which is being held one week earlier at the same track.

For the Austrian Grand Prix, Pirelli will now provide the softest tyre compounds in its range. This is the C3, C4 and C5, which are also being used at this weekend’s Monaco Grand Prix.

Last year the C2, C3 and C4 tyres were brought to both races at the Austrian circuit, as Pirelli was not able to bring different allocations. They did bring different selections for the two races at Silverstone.

Ganassi returnee Tony Kanaan led yesterday’s practice session for the Indianapolis 500. Speeds were slightly lower than the previous days’ running – Kanaan’s 362.651kph (225.341mph) lap was down on his personal best.

The session was interrupted when Santino Ferrucci lost control of his car at turn two and crashed, badly damaged the rear of his RLL-run machine. He was cleared of any serious injuries but taken for precautionary scans.

Andretti’s Colton Herta was involved in a bizarre incident which nearly led to a high-speed collision between him and Scott McLaughlin. The Penske driver backed off as he arrived on turn four as Ferrucci and RLL team mates Takuma Sato and Graham Rahal had slowed at the start/finish line for a staged photograph. Herta glanced the wall as he squeezed between it and McLaughlin’s car at speed.

Ferrari “too strong for us” – Alonso

Alonso cautioned against reading too much into yesterday’s practice results, but admitted Alpine are unlikely to challenge pace-setters Ferrari.

“We got surprises on Saturday, sometimes positive surprises, sometimes not so positive,” he said. “So let’s see on Saturday if we can improve those those positions.

“Ferrari seems a little bit stronger here, too strong for us, but I guess the midfield is going to be very tight.”

His Alpine team mate Esteban Ocon seemed optimistic that they would implement good setup changes before final practice. “I think we have a few directions to take for [Saturday],” he said. “There’s a few things that are quite clear to us that are not working so far.

“So it’s good that we put the finger on those points quite early and see if it works on Saturday.”

Defeated by the weather.

Formula 1 has become a club of billionaires' sons (AS - Spanish)

Lewis Hamilton: "If you have a friend who belongs to a minority, you may be able to ask him what kind of difficulties he has had to face because he is different. In my case, I have uncomfortable conversations with my boss, with Mercedes, with sponsors, we must have them and we should not be ashamed, but see what we can do together to achieve a more diverse F1, like any other business."

Alex Albon: ‘The Monaco GP is where you have to flirt with the limit of the car’ (GQ)

"Mercedes were on the back foot in Bahrain, but they have shown before how they can bounce back and they have already developed the car at a fast rate – you don’t win seven consecutive world championships by accident. It looks like the pace advantage that we had in Bahrain has been matched and just edged by Mercedes in Barcelona, but it is still so early in the season and the boys and girls back at our factory have a reputation for rapid in-season development."

Theo Pourchaire: "I don't know if Group A was better than the second group, but for sure I just disconnected my brain during three laps today. I wasn't super confident during free practice this morning and I wanted to start on the front of the grid, so I pushed the limit of the car and it worked."

I believe that the regulations have always allowed for more movement in the front wing, Especially since they made them wider a few years ago which was always going to create a bit more deflection.

I also think that deflection of the rear wing is worth a lot more lap time. Not simply in terms of the reduction in drag giving a speed gain on the straights but as it also gives teams the option to run higher downforce levels which is a benefit in the corners.

The introduction of DRS for instance is why we don’t see those super, super skinny and almost flat rear wings at Spa and Monza anymore.
@roger-ayles