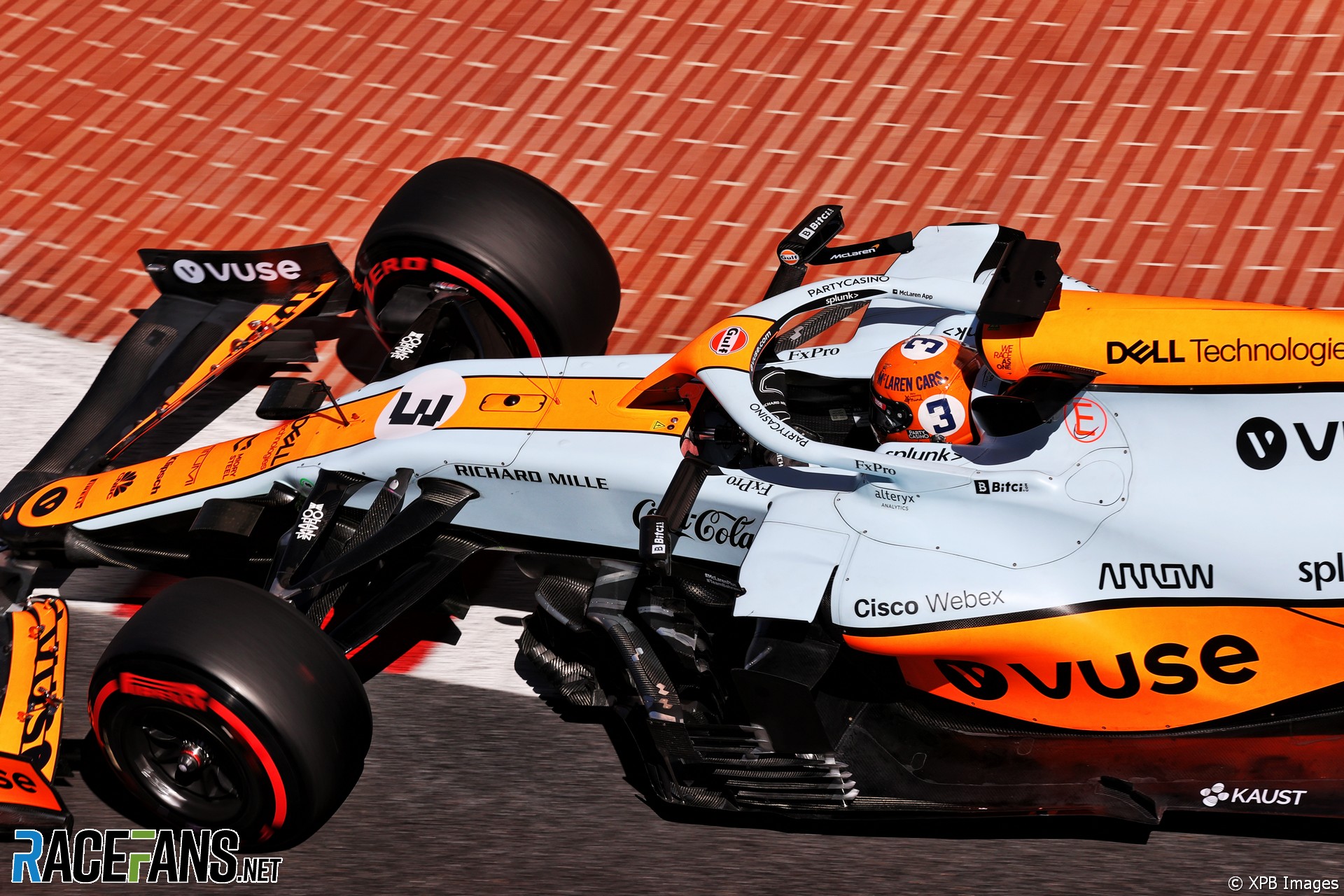 In the round-up: Two-times Monaco Grand Prix pole-winner Daniel Ricciardo found it hard to understand where he was losing so much time to team mate Lando Norris following the first day of practice.

Ricciardo surprised by lack of pace

Ricciardo, who won the Monaco Grand Prix in 2018, says he is beginning to feel confident at the wheel of his McLaren but the lap time wasn’t there on Thursday.

“I felt like I had confidence,” he said. “It was just not translating into lap time. From behind the wheel it was quite frustrating because I cross the line, I’ll be like ‘it’s probably a decent lap’ and it was like P12 or P15 or even at one stage P17. So it’s frustrating because it’s a long way off actually. There’s a lot of time to find.”

He said he has most to gain in the middle sector of the lap, which runs from Mirabeau to the Swimming Poor. “The second sector was my weakest one and that’s kind of turn five, six all the low-speed, really,” he said. “So it’s a bit surprising why I’m kind of losing so much there.”

Scott Dixon was quickest at the end of ‘Fast Friday’ practice for the Indianapolis 500, lapping the oval at an average speed of 375.463kph (233.302mph). Ganassi team mate Marcus Ericsson produced the quickest four-lap average ahead of the start of qualifying today, completing his run at an average of 373.287kph (231.950mph).

Honda served noticed of their potential as all bar one of the drivers in the top 10 were powered by the Japanese engines. McLaren SP’s Pato O’Ward, who set the sixth-quickest individual lap, was the only Chevrolet user in the top 10.

There isn’t room on the 33-car grid for all of the 35 entries. The two slowest drivers on Friday were Foyt’s Charlie Kimball and Top Gun’s RC Enerson. The nine slowest drivers all had Chevrolet power.

Having expected AlphaTauri to struggle around Monaco’s many slow corners, Pierre Gasly believes they have a realistic chance of qualifying inside the top 10 today.

“If we make it to Q3, it will be great,” he said. “I hope we can make it to Q3 and qualify near the top five but I would say if we can be top eight, that would be very good for us.”

|@RocketLeague players can now add the official Formula 1 Fan Pack featuring the liveries of all 10 teams. It's available until May 26th, priced at 2,000 credits. pic.twitter.com/fuEDNj9Aax

Christian Horner: "Toto has had it far too easy for the last seven years. It’s about time he had something to do."

"We could look at the format. I mean, some of the teams have suggested we only use soft tires for the whole weekend — now, I can recall a race in Singapore where the tyres were very soft and the guy in front just queued everyone up until it was the opportune time for him then to change his tires."

"As a result of Thursday’s announcement lifting the restrictions on outdoor seating capacity in the State of Michigan on June 1st, the Detroit Grand Prix will welcome full seating in its grandstands for race weekend on Belle Isle, June 11th-13th."

"There was some risk involved and it could have ended badly, but it didn’t and that’s it. I was lining that up for the entire race, exactly 29 laps, and then the opportunity presented itself on the final lap."

Weird, weird race. Most of the drivers seemed content to sit back and go for fastest lap rather than try overtaking.

Happy birthday to Travis and Cristian!

20 comments on “Ricciardo puzzled by time loss in sector two”