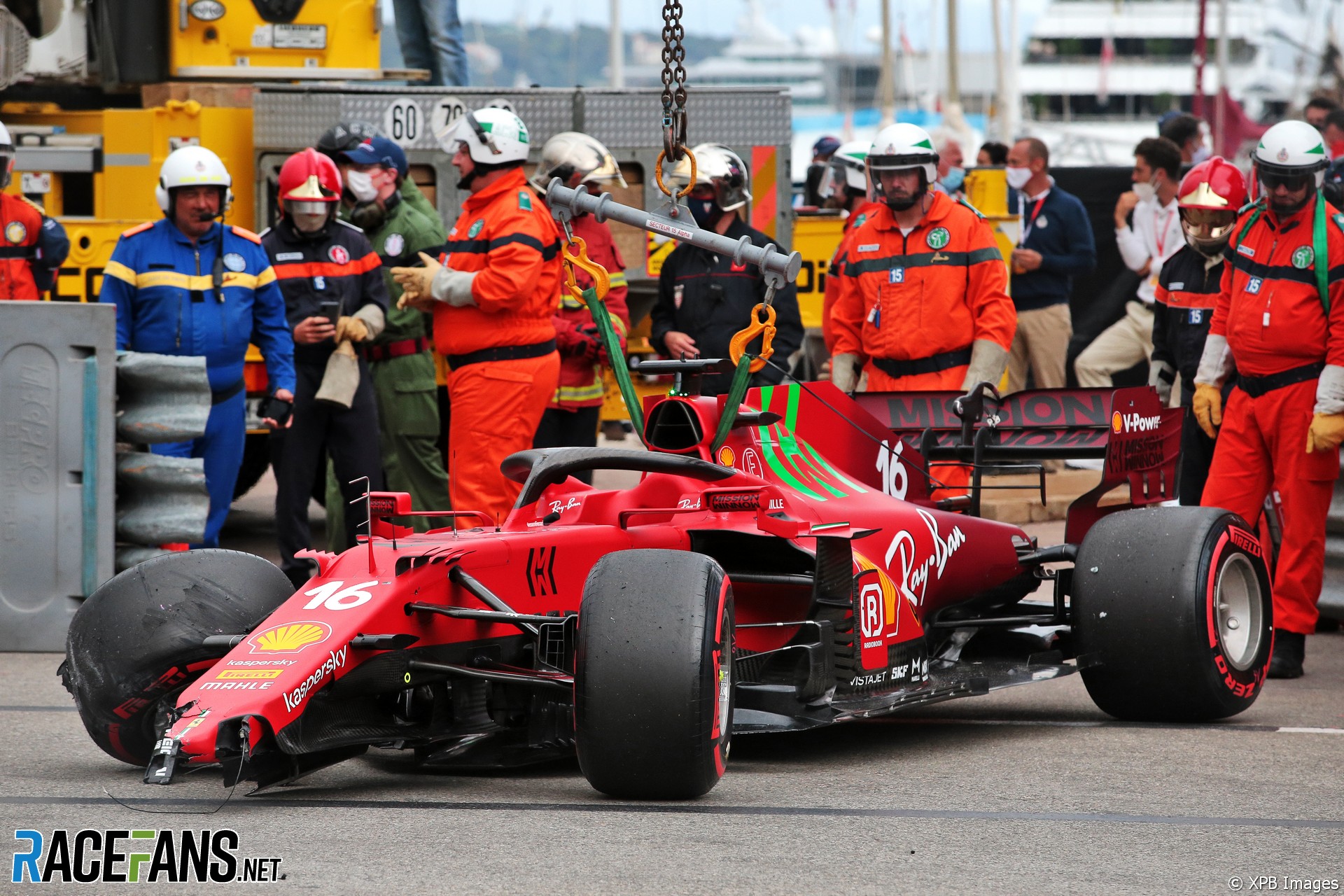 Mattia Binotto has said that the left driveshaft, which failed on Charles Leclerc’s car and prevented him starting the Monaco Grand Prix, was not checked after his qualifying crash.

Leclerc crashed heavily at the end of Q3, going right-side into the barriers after the exit of the Swimming Pool section. Before he made contact with the metal, however, he had also gone over the kerb there, visibly snapping part of the front-right suspension as his car bounced across the track.

At the time, concern was that he could have damaged the car’s gearbox, potentially incurring a grid penalty if it was replaced in parc fermé. Ferrari said that they would not “gamble” on not replacing the gearbox, if it had issues – however, when Leclerc was unable to start the race, it might have looked as though they had taken that risk.

Binotto confirmed that the problem was not in the gearbox, however. “It has not been a gearbox failure,” he told Sky. “So there was no gamble on the gearbox. And we are fully confident that the gearbox would have been okay for the race.”

He explained that the issue that prevented Leclerc starting from pole at his home grand prix was not on the side of the car heavily damaged during the crash. “We need to fully understand what happened. The failure is on the driveshaft into the hub on the left hand side. So it’s not a gearbox problem we have. The gearbox has been inspected yesterday evening, it has been rebuilt.

“What happened is on the opposite side compared to the accident. So it may be completely unrelated to the accident, but something on which we need to carefully understand and analyse and we have no answer right now.”

Binotto said that the area of the failure, at the left rear, was not part of investigations following the crash. “No, this was an area that was not checked because [it was] not damaged.”

“So let’s wait and see. I think we can only analyse the pieces carefully and the data to try to have a clear explanation. But again, what happened needs an explanation that we do not have right now. So, as I said, we need to carefully analyse.”

Reflecting on a weekend that had both been one of Ferrari’s strongest and, with Leclerc’s failure to start the grand prix, one featuring significant problems, Binotto said “You know, I think there is a lot of positives.

“First of all, over the weekend, I think the overall performance here in Monaco of the car since Thursday, the first podium with Charles with us, for Carlos [Sainz Jnr] with us, and the fact that we see as well Charles under the podium celebrating both Carlos and the team and I think that showing the right team spirit, showing how we are united, the fact that we are together trying really to build the project on solid foundation for the future.

“So certainly [Leclerc] is disappointed because he knows that he could have done a good race today and we have the pace at least to battle and to fight with Max. But that’s life and he reacted really very well by trying to really celebrating the close and being united with the team.”