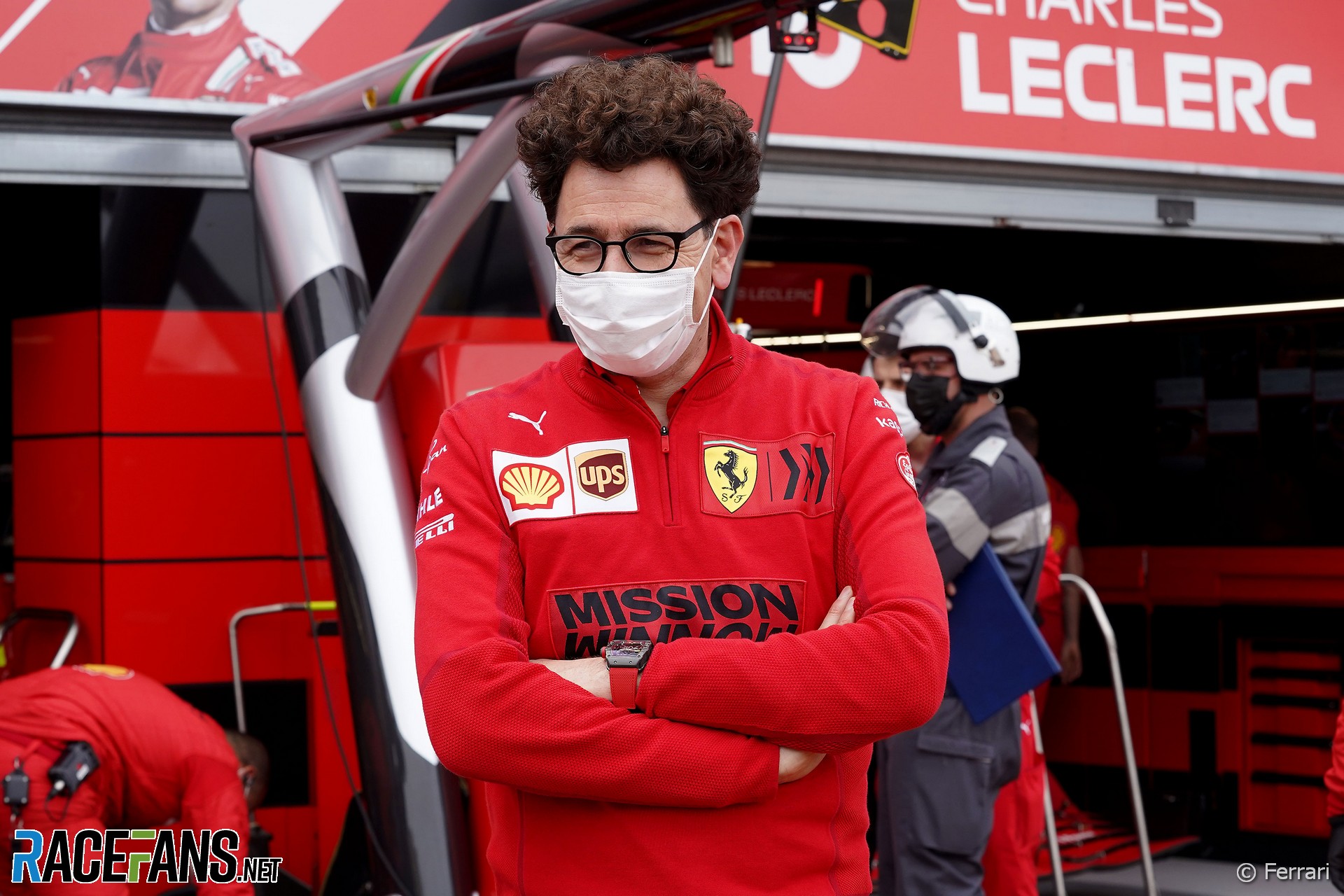 In the Monaco paddock Dieter Rencken caught up with Felipe Massa, Vitantonio Liuzzi and Mattia Binotto – though the Ferrari team principal endured a day to forget on Sunday.

With Friday in Monaco being a non-day as far as F1 is concerned I’d arranged interviews and chats with various folk. These included an exclusive with Ferrari team principal and CEO Mattia Binotto, a man who holds arguably the toughest and certainly the most visible job in the pit lane. Thus, I head off to Monaco (by train) from my apartment in Nice once the commuter crush is over: 25 minutes, plus 10 minutes’ walk at each end.

The interview will be published later this week, so I won’t pre-empt the topics here but once again I was impressed by his calm approach to the task. It must have been severely tested over the 48 hours which followed.

Back in the media centre I’m given bad news: Since trackside access granted to journalists earlier this year I’ve made a habit of heading out for final practice. However, during Thursday’s opening session it had become apparent that the only access was via spectator areas, so tabards were withdrawn. I question how it was that Martin Brundle was trackside during second practice, to be told Sky somehow strong-armed F1 into granting access. 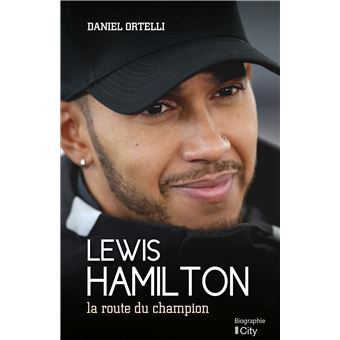 This is grossly unfair towards the media, including other broadcasters. I cannot think of a genuine scoop Sky has ever ‘broken’ despite its fancy access, with chit-chat material largely based on news stories originated by print media. In my book that makes such folk little more than speed-readers and talkers. I again wonder where pay TV’s value lies.

After lunch – a filled baguette in the media centre, standard fare throughout this race weekend – a Zoom call with Aston Martin’s Otmar Szafnauer is scheduled. He provides background to wind tunnel operating costs, which aids me greatly in my preparation for a piece on the teams’ discussions around banning them.

With some time on my hands I page through – gingerly – a display copy of Brad Spurgeon’s magnificent Formula 1: The Impossible Collection, an enormous (16 x 19 inch) tome running to 228 pages and costing 1000 bucks. Having had a fact-checking call late one evening from Brad, I know how much effort has gone into what must be the definitive F1 coffee table book.

As I prepare to depart a French colleague, Daniel Ortelli, presents me with a (dedicated) copy of the Lewis Hamilton book he’s written, the closing chapter of which is a translation of the analysis I wrote when news of the world champion’s knighthood was confirmed. Thanks, Daniel, it’s an honour to have my work included. 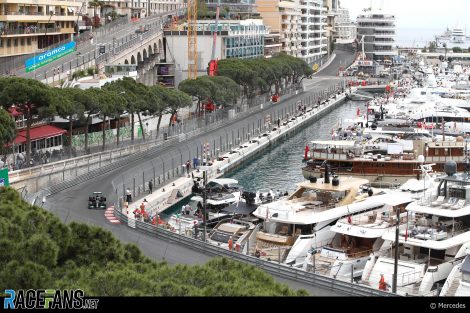 The good news when I arrive at the circuit is that media have been granted (restricted) pit lane access, said to be in lieu of lost trackside tabards. It’s a welcome move; however, if it is safe to visit on Saturday so was it safe on Thursday as nothing changed; this carrot-stick approach to the media does nobody credit.

Having previously questioned whether F1 keeps a register of vaccinated travelling personnel, I’m told such a record is now in progress – after the Australians requested such data to evaluate measures for their grand prix in November. Surely, though, such records are elementary to all Covid processes, not only trips Down Under?

After final practice I chat with Williams CEO Jost Capito, formerly of Volkswagen, who again impresses me with his refreshing ‘left-field’ thoughts. F1 needs more ‘outsiders’ to maintain a balance with more traditional F1 managers who came up through the ranks of the sport. The team’s new technical director Francois-Xavier Demaison came across from rallying, and Alpine’s team principal Davide Brivio from Moto GP. Good on them, say I. 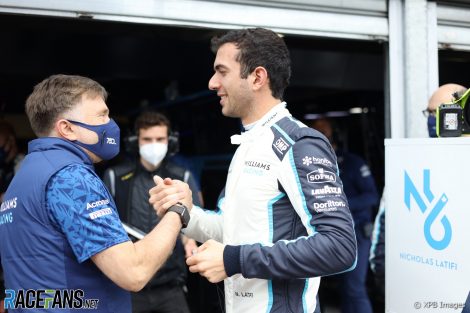 On the way back to the media centre I spy Felipe Massa. Sporting an FIA pass – the Brazilian is president of the karting commission – the 11-time grand prix winner tells me with a smile that he is relived his son Feliphino prefers football to motorsport.

“As president of the commission I know what it costs…” he says with a smile, adding that he would obviously support his son in karting were that the preference.

Before the qualifying session I have my second Monaco weekend (and 42nd overall) Covid test having been subjected to nasal drilling upon arrival on Wednesday. Although FIA protocol is one test every 96 hours, Monaco require a certificate issued no more than 72 hours before entry into the principality. No test, no admittance for Sunday’s race.

The mixed zone concept has now bedded in properly and is truly proving its worth by enabling us to extend our coverage. Zoom is all very well and good but it is no substitute for being there and facing a driver or team boss during question time.

A long day, and catch the last train back to Nice before France’s 9pm curfew kicks in. 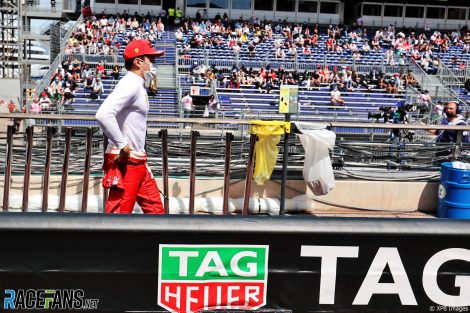 Catch the 09:03 train as I have on occasion when staying in Nice for past races. Thus I have an opportunity of comparing fan attendance this year: where previously the trains are jam-packed, today I have no trouble getting a seat, and in fact have a double to myself. That and vastly cheaper hotels rates are upsides of Covid races; the downside is that far fewer may attend. On reflection I’d rather have full houses at all races.

The other thing I note is that most wear red followed by the dark blue of Red Bull, with hardly a Mercedes logo about. It is, of course, a wholly unscientific poll, what with Italy up the road and the Dutch being migratory – plus the UK’s stringent quarantine regime obviously imposes restrictions – but it is interesting there are few three-pointed star disciples about.

Maybe they drive to Monaco, not subject themselves to trains, but there is also little traffic about.

Once at the circuit the paddock access we’ve been granted (see Friday’s edition) enables me to chat to various folk. A snippet I’m given is that the Italian Grand Prix is (again) under financial pressure and that the contract may be renegotiated. Regardless, the circuit that’s staged the most F1 grands prix must stay.

I also hear that Cape Town’s Formula E round is all but confirmed and scheduled for late February 2022 rather than November this year – which would have clashed with a Super Sevens rugby match in the (former) World Cup Stadium nestling in the shadow of Table Mountain.

After another lunch-time ham and cheese baguette I stroll to the pit lane for a pre-race check about. Ferrari seem chipper. But as the record will later show, that mood doesn’t last long and more is the pity for Charles Leclerc’s home town pole position was a feel-good story of the type Ferrari and F1 needs, which made his subsequent withdrawal all the more poignant.

While in the pit lane I chat with Vitantonio Liuzzi, doing duty as F1 driver steward. It is heartening when drivers return something to the sport and I wish more would follow. Some may not have the temperament required for official activities, but all are suited for some or other post-driving role, be it media work, team management or whatever.

The final interview of the day is a Zoom call with Binotto – once again he is utterly calm under pressure, then I rush to the station in order to beat the curfew. Before turning in I pack ahead of an early start for Brussels via Paris via TGV. The forecast is for rain across the region, including Monaco. What a difference that might have made to the race.