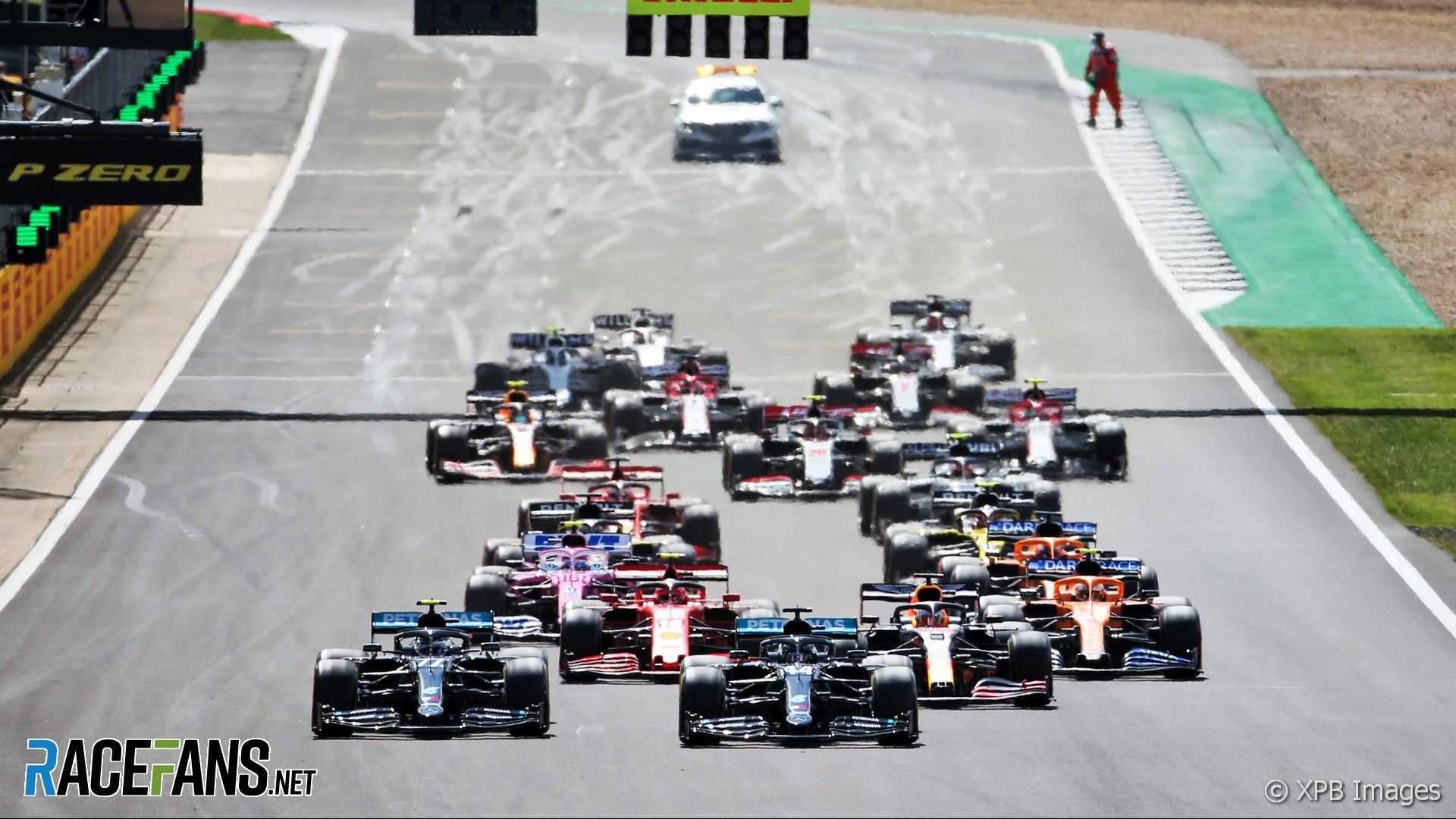 The Saturday races, to be held at Silverstone, Monza and one other venue this year, will award extra points to the top three finishers. Domenicali told La Gazzetta dello Sport F1 is considering whether to award extra bonus points to a driver who takes pole position and wins both the Sprint Qualifying race and the grand prix.

He said this format “can become the permanent way to run the most historic and iconic grand prix”.

The stuck front-right wheel nut which forced Valtteri Bottas out of Sunday’s race was finally removed at 9:59am on Tuesday at the team’s factory in Brackley, they confirmed yesterday. Having been unable to remove it in his pit stop during the race when the teeth were stripped from the nut, it was eventually detached 43 hours and 21 minutes after his pit stop began in Monaco, some 1,100 kilometres away.

Alpine junior drivers Guanyu Zhou and Oscar Piastri, who hold first and second places respectively in the Formula 2 points standings, tested for Alpine at Silverstone on Tuesday and Wednesday this week. The pair drive a 2018-specification RS18 chassis, used when the team was known as Renault.

Zhou covered 106 laps while Piastri managed 86, including his first race distance, during his rain-hit day.

The team said the test “was a vital part of Alpine F1 Team’s continued commitment to the Academy in 2021, as it readies its junior drivers for a possible Formula 1 race seat in the future.”

The 33 drivers who qualified for the Indianapolis 500 have nominated their preferred milk varieties to be drunk, as is traditional, if they win Sunday’s race.

Most stuck to the official options of full fat (the majority) and semi-skimmed, with no takers for fully skimmed. A few wanted alternatives. Ed Carpenter and Simona de Silvestro specified buttermilk while Juan Pablo Montoya requested chocolate milk if he achieves his third victory in the race.

VB's car is back home. Cheers for all the helpful suggestions but we’ll take it from here! 💪 pic.twitter.com/41E4GDRbQh

ART boss Philippe hails Pourchaire’s performance in Monaco as ‘perfect,’ but says the Frenchman must build on it (Formula 2)

"He made a correct start, he was leading, and he really controlled his pace, driving like he has been here four or five times already. He sped up just before his pit stop, he did the perfect job, and made no mistakes. His pace was good, and everything was under control, which is quite amazing when you think that he is only 17 and not as experienced as a lot of the others are."

"It also beat the audience for both the 2018 and ’19 Monaco GP live telecasts, which aired on ESPN."

"The more he fails upward and coasts on entitlement, the harder it is not to appreciate him for what he truly is: the perfectly timed all-American hero that we so richly deserve."

Will we see closer racing at this year’s Indianapolis 500?

One thing that I hope has improved for this year is the tow as for as much of the criticism of recent years was aimed towards the difficulties cars had following, An issue that was just as big was how much less of a tow the current cars produce due to having less drag than they did before 2018.

Even when cars could run closer the past two to three years they have struggled to really do much due to how much less effective the draft has been since they developed the current aero package which produced significantly less drag than the previous one. This issue has also hindered the racing on other ovals. You compare the pre 2018 races at Pocono with the single file races with the current package.

And while that silly NASCAR gimmick PJ1 compound has also played a role in the poor racing at Texas, The aero package certainly hasn’t helped due to the less effective tow the cars now produce.

Not calling for a return of that awful pack racing by the way, I just think they need to look at getting the cars to produce a better tow to allow for more sling shot passes. Maybe they should look at something similar to that Hanford Device CART ran at Michigan and Fontana (another track NASCAR may be about to butcher).
@Roger-Ayles>